A decade into the consumer start-up boom, the fashion and beauty spaces are crowded with brands competing for the same set of social media-savvy, coastal Millennial customers. Glossier and Warby Parker are just the tip of the iceberg; pick a category, and almost certainly there are dozens of brands, from unicorns to anonymous Instagram bottom feeders.

Recently, the digital-first, direct-to-consumer model has lost some of its lustre. Investors are more cautious about putting money into unprofitable start-ups, particularly when the prospect of a big payout down the line seems remote. Casper, the mattress startup, debuted on the New York Stock Exchange last week below its targeted range and it’s last pre-IPO valuation.

“You need to be realistic,” said Andrew Mitchell, the founder of Brand Foundry Ventures, which has invested in both successful start-ups (Peloton) — and disappointing ones (Birchbox). “Not everyone is going to have a $400 million top-line business.”

Not everyone is going to have a $400 million top-line business.

But on the other hand, what’s a brand to do? Direct-to-consumer start-ups have had irreversible effects on retail. The right idea can still capture consumers’ imaginations.

BoF analyzed the launch strategy of four start-ups that have entered the market recently. There’s no sure bet that these companies can cut through today’s noise — but they are adapting the classic playbook to fit a rapidly evolving market.

Digital-first isn’t the only way

When Anna Harman, the former chief customer officer of Walmart’s personal shopping service JetBlack, went to get her ears pierced in New York City in late 2018, she stumbled upon a gaping hole in the market. Tattoo parlours and Claire’s shops were everywhere, but they didn’t fit the Instagram aesthetic.

“We found that there wasn’t a needle-piercing experience for 18-to-35-year-olds who also want to buy fashion jewellery,” said Harman.

The store features bright lights and neon fixtures — vibing far from the seedy tattoo parlour — and also sells gold and diamond jewellery that couldn’t be more different from Claire’s accessible offering (prices at Studs go up to $180). 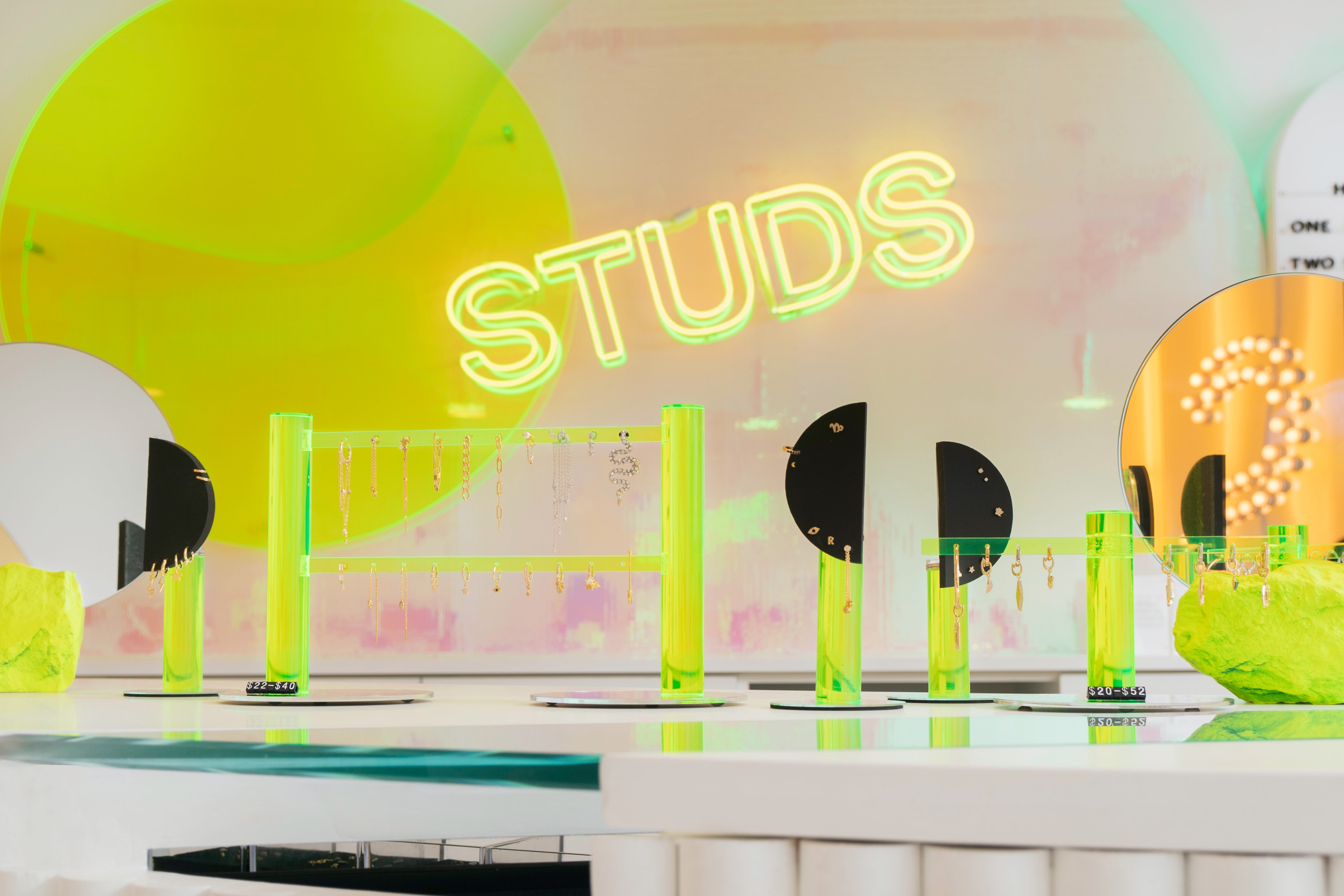 Harman and Bubbers are entering the jewellery space at an opportune time. More women are buying jewellery themselves, eschewing decades-old habits of men buying it for them, and so consumer appetite is growing.

Studs is competing directly with digital jewellery startups like Aurate and Mejuri, which have retail locations; Mejuri also does piercings. Retail is costly, but Studs intends to expand its footprint (its raised $3 million from First Round Capital, Lerer Hippeau and other investors) because “we think piercings are going to explode and people will want stores,” said Bubbers.

In a way, Studs’ business plan flips the original DTC model. Start-ups usually launch online and open stores only after building a digital following via social media ads and promotions. Bubbers and Harman believe the better play is to be retail-focused — and retail heavy.

We aren’t trying to target the random shopper in LA because it’s too expensive to sustain as a business.

“We aren’t trying to target the random shopper in LA because it’s too expensive to sustain as a business,” Harman said. “All of these digital brands have backed themselves into stores only after they saw digital was an inefficient channel.”

Think beyond the Millennial

In November, Cami Téllez and Jack DeFuria launched Parade, an underwear company marketed at women in their teens and early 20s that’s raised $4.5 million from Lerer Hippeau, Greycroft and Cassius.

Téllez and DeFuria are both 22, squarely in the Gen Z demographic. The company sells underwear in four styles at $9 a piece — a price they set to undercut top young-skewing brands like American Eagle’s Aerie and Victoria Secret’s Pink, which typically sells its undergarments at $12.

“We think the only way to win the customer and win her first is to compete on price,” said Téllez.

We think the only way to win the customer and win her first is to compete on price.

Parade has also been strategic about its image. Instagram photos lean away from a conventionally sexy aesthetic, with an emphasis on memes and other community-focused content. When Parade works with influencers, they are often plus-size or women of colour. The brand has also stuck with some aspects of the DTC playbook, including sending free products to micro-influencers, a strategy deployed to great success by Glossier. Téllez said micro-influencers are driving 20 percent of sales. In the 15 weeks since launch, Parade has sold over 60,000 pieces of underwear.

“Nano and micro-influencers are key to reach them as they are perceived to be more trusted and more ‘like us,’” Ben-Shabbat said.

Boomers and Gen X are digital savvy and are more interested in new brands than they are given credit for.

“Startups have an ability to forget about the older generation, but younger Boomers and Gen X are digitally savvy and are more interested in new brands than they are given credit for,” said Haslehurst. “They have high e-commerce transactions overall.”

Don’t rely on one hero product

Dianna Cohen, an alumnus of Into The Gloss and Away, is a self-professed “hair enthusiast.” She said she frequently recommended that coworkers buy products like the Mason Pearson brush. Some baulked at the $240 price tag.

She launched Crown Affair last month. The company’s hero product is a nylon-spiked brush that’s similar to the Mason Pearson but sells for $62. 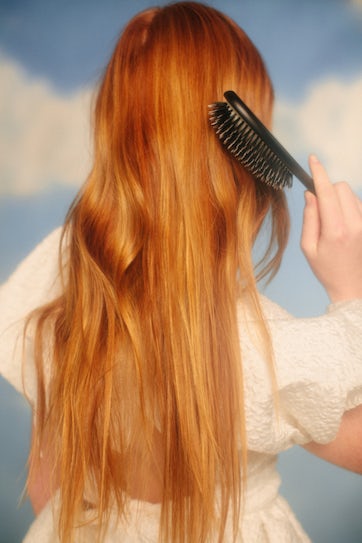 But Cohen isn’t betting the company on the brush. Crown Affair also sells hair oil, a hair towel and a comb. Cohen said it was important to not rely on one hero product if Crown Affair intends to eventually become a haircare destination.

Relying on a hero product can become dangerous for a brand once consumer interest peters out — as the ailing footwear brand Toms learned from the rise and fall of its ubiquitous slipper.

“The point is to create a hair ritual experience that isn’t out of reach for most women,” Cohen said.

Many of the brands that launched over the last decade started by building a digital customer base, only entering wholesale retailers later. Landing in Target, Sephora and Nordstrom was only on the table after years of experimenting with other customer acquisition strategies.

Narae Chung and Jacqueline Oak, who launched men’s personal care brand Cardon in May, have been thinking about wholesale since the beginning.

Chung worked in the Korean skin-care industry for a decade at different Procter & Gamble brands and said the category was becoming more popular with men. Chung said leaning into wholesale early on was key.

“Because the digital front is so saturated, you need to have physical placements at this point,” said Chung.

Cardon has inked deals with barbershops in New York and intends to expand its wholesale partnerships to local gyms too.

DTC brands such as Good American, Billie and Solid & Striped jumped into or experimented with wholesale early. Department stores and big-box retailers were once seen as middlemen that needed to be cut out, but many DTC brands have discovered they still need wholesale to find customers and scale.

“This is how we find male skincare shoppers who are too intimidated to shop at Sephora but want an upgrade from Target,” she said.

Cohen, of Crown Affair, is also looking to stock her products with retailers and agreed that wholesale must be a part of the DTC strategy today.

“We want to be accessible, and that means meeting customers offline too,” Cohen said.

Don’t count on a constant flow of VC cash

“The prior playbook was to grow fast but there are enough examples that show that the 'pouring gasoline on the fire' mentality from VCs is not the right thing to do,” he said.

While he maintains the numbers aren’t a set science, he recommends start-ups launch with enough money to operate safely for 18 months.

“Take the long-term approach — and then sprinkle on some luck,” he added.

How 'Direct-to-Consumer' Blew Up Retail