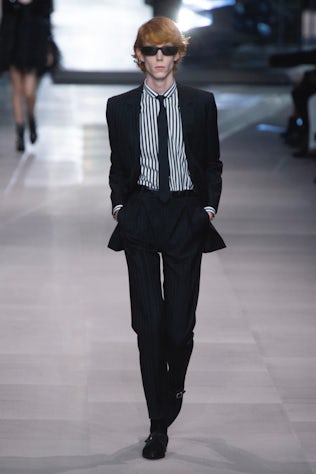 Men's fashion week in Paris has no shortage of storylines. It's set to be a victory lap for the fast-growing luxury menswear market as well as Virgil Abloh's Louis Vuitton, only days after Timothée Chalamet's bedazzled harness scored rare points for men's fashion on the Golden Globes red carpet. The week will also play host to Kris Van Assche's first collection for Berluti, Waight Keller's return to standalone displays for Givenchy men's after a shift to co-ed shows in 2017, and Raf Simons’ first solo outing since his ouster from Calvin Klein. But the biggest event of the week is sure to be Hedi Slimane's first-ever men's show for Celine, a chance for him to make a statement at the brand that's likely to be (relatively) free of comparisons to Phoebe Philo. Lurking in the background are the "yellow vest" protestors, whose regular Saturday demonstrations have cut sharply into luxury sales and forced Kim Jones' Dior Men, another highlight of the week, to move its show.

The Bottom Line: The rapid growth of luxury menswear has helped to reverse the trend toward co-ed shows. If this week's publicity bomb fuels even hotter sales, expect more major brands to follow in the footsteps of Celine and Givenchy and stage standalone displays. 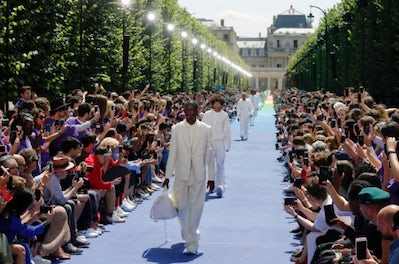 You may have noticed a common thread linking many of the must-see shows at the upcoming Paris menswear week: they are almost all being staged by LVMH brands. The conglomerate has made bold moves to reboot its menswear strategy to take advantage of momentum in the menswear market, from installing Virgil Abloh at Vuitton, Kim Jones at Dior and Kris Van Assche at Berluti to clearing a path for Slimane to launch menswear at Celine. Many of these changes are too new to have had a meaningful impact on sales yet (the first Abloh-designed pieces for sale stateside only arrived at New York's Chrome Hearts last week). But LVMH now has a strong lineup of designers in place, and a diverse offerings to suit a range of tastes, at a time when millennial men are buying more fashion than ever before.

The Bottom Line: Kering's Gucci and Balenciaga may have got ahead of the competition in the race for millennial spending, but they have both opted for co-ed shows on the men's side of the sector, giving LVMH an opening for potential breakout success.

The End of the Road for Sears? 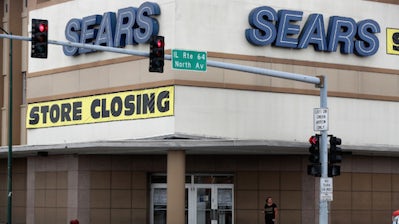 Sick of reading about Virgil, Hedi and Raf? Here’s a bit of counter-programming from the other end of the fashion spectrum: the fate of Sears will be decided on Monday. It’s likely been a long time since many BoF readers thought about the long-suffering department store chain, let alone set foot in one. But it’s worth remembering that Sears’ annual apparel sales are on par with what Burberry or Prada does in a year. Aside from Lands’ End, which has its partisans, few will mourn the loss of Sears’ fashion selection. Most of the clothes sold there are made by faceless brands whose customers will migrate to J.C. Penney, T.J. Maxx and other discount chains  without a second though. In fact, some mall landlords say they’d prefer Sears close its doors rather than linger on, believing they can find better anchor tenants.

The Bottom Line:  The pace of retail bankruptcies has slowed, but brands as diverse as Charlotte Russe, J.Crew, J.C. Penney and Neiman Marcus are struggling with middling sales and/or large debt loads. 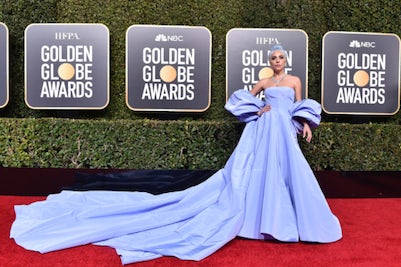 Last week's newsletter sparked some debate on BoF's social media feeds about fashion's approach to awards shows. Among the comments:

"The red carpet as a place to make a political statement is dead. An opportunity wasted both by the hosts as well as the stars. After last year's brouhaha it was back to ... 'oh who are you wearing?' Blah." @psprivateedition

"Can it be just an awards ceremony? Can we keep politics out of this way at least? Can we just celebrate beautiful gowns, dazzling performances and great movies? For once in a year just take a deep breath and relax." @riinaalice