Michelle Lee will join Netflix in July, while the Budapest-based holding group that owns Nanushka and other brands boosts its team. 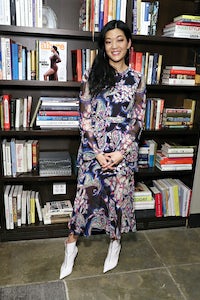 Michelle Lee will join Netflix in July, while the Budapest-based holding group that owns Nanushka and other brands boosts its team.

Allure editor-in-chief Michelle Lee departs for Netflix. Lee will join the streaming giant in July as vice president of editorial and publishing within its marketing division. She will move to Los Angeles as part of the shift. Lee joined Allure in 2015, succeeding founding editor Linda Wells. She came to the position from Nylon where she had a dual role of editor-in-chief and chief marketing officer.

Chopard co-president Caroline Scheufele joins JD.com board. The German entrepreneur joined the Chinese e-commerce giant’s board of directors and its board’s nominating and corporate governance committee, effective June 22. The daughter of Karl and Karin Scheufele, who acquired Chopard in 1963, Scheufele was responsible for expanding the brand’s offering into jewellery in the 1980s and has over 35 years of design and leadership experience in the high-end jewellery industry.