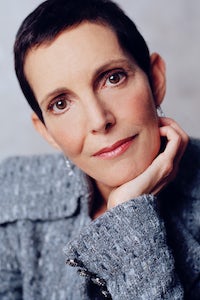 Maureen Chiquet Exits Chanel
Maureen Chiquet is exiting Chanel as global chief executive officer due to “differences of opinion over the strategic direction of the company,” according to a Chanel spokesperson. During her nine-year tenure, Chiquet oversaw the luxury goods maker’s “international expansion" and "grew the business in each of its categories.” Chairman Alain Wertheimer will manage the company’s operations going forward.

ImagineX’s Balbina Wong Retires
Balbina Wong is retiring from her role as chief executive and vice chairman of ImagineX and Walton Brown, and will become honorary vice chairman of the Lane Crawford Joyce Group, effective February 1. Wong has held various management positions at the Lane Crawford Joyce Group over the past 30 years, and is credited with bringing luxury brands such as Cartier and Hugo Boss to China.

La Perla Names Creative Director
La Perla has appointed Pedro Lourenço as creative director, with immediate effect, replacing Emiliano Rinaldi who departed the label in June 2015. Lourenço will continue to run the eponymous brand that he debuted in 2010, and will present his first collection for the Italian lingerie brand for Autumn/Winter 2016 at Milan Fashion Week.

Richard Nicoll Leaves Jack Wills
Richard Nicoll has left his role as creative director for Jack Wills. The designer, who joined Jack Wills in February 2014, is said to have officially left his role at the high street retailer in October, but notice of his termination was filed at Companies House this week. Chief executive Peter Williams and chief product officer Emma Alexander will oversee the direction of the design team.

Aldo Group Appoints VP of Global Footwear
Daianara Grullon Amalfitano has joined the Aldo Group as vice president of global footwear, and will report directly to chief executive officer Patrik Frisk. Amalfitano joins from Steve Madden, where she was most recently president of specialty brands and international brand manager.