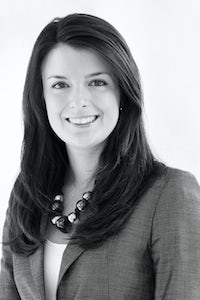 Katie Anderson has joined Guess as chief financial officer, with the appointment taking effect December 2, 2019. She replaces company veteran Sandeep Reddy, who is staying on in the role until December 1. Prior to Guess, she served as finance chief at restaurant chain California Pizza Kitchen.

Marijn Dekkers has stepped down as chairman of Unilever’s board, effective immediately, with Non-Executive Director Nils Andersen named as his successor. Dekkers, who was initially appointed to the role in April 2016 and will continue to serve as a non-executive director, cited the increasing responsibilities as founder and chairman of investment and advisory firm Novalis LifeSciences as his reason for departing.

After 20 years at the company, Senior Vice President Steve Kessel is leaving Amazon. During his time at the e-commerce company, the executive worked on projects including the Amazon Kindle and physical store Amazon Go.

Michael Buckley has returned to denim brand True Religion to serve as chief executive, starting immediately. Most recently chief executive of Differential Brands Group (now Centric Brands), Buckley was previously president of True Religion from 2006-2010. He reports to the company’s board of directors in his new role and replaces Farla Efros, who filled the role of interim chief executive for six months.