Coronavirus has dominated headlines for weeks, but it was only in the last few days that the outbreak, now officially a pandemic, seemed to crowd out other news. Starting with Italy’s decision to quarantine its northern regions on Sunday, a lockdown later extended nationwide, the last few days have brought an endless stream of increasingly dire headlines. Dozens of countries are reporting exponentially rising infections and deaths, while a steady stream of conferences, concerts and sporting events have been postponed or cancelled. President Donald Trump banned travel from Europe and declared a national emergency on Friday. Millions of people are preparing to spend weeks in self-quarantine, or are having to hastily arrange childcare as school systems shut down.

Throughout it all, the stock market has served as the ultimate fear barometer, with lights quite literally flashing red. The S&P 500 entered a bear market on Wednesday after an 11-year run, following its worst percentage drop since the 2008 financial crisis on Monday. On Thursday, stock markets crashed again with the worst day since Black Monday in 1987, only to rebound in trading on Friday.

What does all this social and financial turmoil mean for fashion? On the streets of Manhattan’s Soho neighbourhood earlier this week, you wouldn’t have known there was a deadly outbreak at all, judging from the crowds of shoppers browsing fast-fashion megastores and luxury boutiques, or just enjoying the unseasonably warm weather.

But that scene increasingly looks like the calm before the storm. In a research note, Bernstein’s Luca Solca predicted sales of luxury goods would fall by 30 percent in the second quarter. Shares of Capri Holdings, which owns Michael Kors and Versace, plunged over 40 percent this week, while many other retailers experienced declines of 30 percent or more.

Then there’s the fashion calendar, which has been virtually scrubbed clear of events for the next two months — the Met Gala being an increasingly isolated exception, though it looks increasingly unlikely that the over-the-top event will go ahead in a context when millions of people will be falling ill, some fatally so. Hermès, Gucci and Ralph Lauren are among the brands that have cancelled cruise shows. Organisers postponed Shoptalk, a top retail industry conference that was scheduled to kick off in Las Vegas later this month, while fashion weeks in Seoul, Tokyo and Shanghai have been postponed or cancelled.

Brands are ordering staff to work from home where possible, cancelling photoshoots and pulling back on marketing. Those actions have put stylists, photographers and models out of work, reducing revenue for magazines. US retailers closed over 9,000 stores in a booming economy last year; how many will shutter — and how many salespeople will be let go — in a coronavirus-induced recession? Bear in mind, many workers in fashion, from salespeople to freelance creatives, aren’t salaried, so cancelled shoots and reduced shifts will immediately affect their income.

All that said, the pandemic will subside, perhaps as soon as May or June, when warmer weather may slow the coronavirus’ spread. Already in China, where daily new cases have fallen sharply, shoppers are returning to stores. Retail could similarly bounce back in Europe and the US as well.

Fashion may look dramatically different once Covid-19 is in the rear-view mirror. The current wave of direct-to-consumer brands have origins in the financial crisis, which weakened incumbents and reduced borrowing costs, helping create the perfect conditions for starting a disruptive new business.

With consumers stuck at home, brands with strong e-commerce operations stand to benefit; there’s a reason Amazon and Netflix held up better than most stocks this week. This may also be a moment for emerging technologies, from virtual try-on services to digital showrooms, to shine. Fashion has been slow to embrace these concepts, but weeks or months of social distancing could change attitudes fast.

As the industry and the wider world continue to navigate the coronavirus crisis, you can count on BoF to guide you through the latest developments, deliver analysis you won't find anywhere else, and share the human stories from our community. We are providing free access to our coronavirus updates liveblog with minute-by-minute coverage of this unprecedented public health crisis and its resulting economic impact for anyone with a registered account on The Business of Fashion. 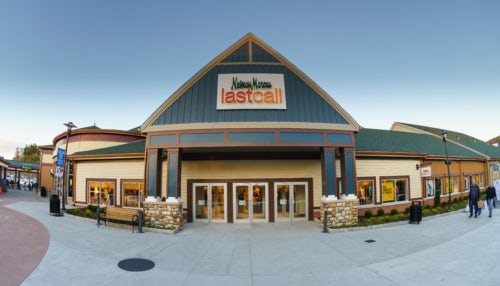 Neiman Marcus is getting rid of its off-price stores. The Dallas-based department store chain is hoping that focusing on wealthy repeat customers will boost profits. After shifting focus to its core business for the past 18 months, Neiman will eliminate about 500 jobs at Last Call — its off-price stores — to improve the liquidity of the company.

Armani donates €1.25 million to tackle coronavirus. The money will go to four hospitals and the national Civil Protection Agency to help fight Italy's outbreak. The move comes as the Italian government imposed a virtual lockdown on the country, prompting people to work from home and reducing the number of people working on production sites to curb the spread of the virus.

Adidas and Puma forecast sales drop in China amid coronavirus outbreak. Adidas expects operating profit to decline by up to €500 million, while Puma said it no longer anticipates its business will return to normal anytime soon. Ferragamo, which saw a 4 percent drop in core profit for 2019, is likewise impacted by the coronavirus but said it was not yet possible to forecast the outbreak’s full impact.

Margiela and Diesel owner OTB stands by annual sales target despite coronavirus concerns. OTB — which stands for Only The Brave — says it expects sales to grow 12 to 13 percent this year, even though the recent lockdown in Italy has caused a slowdown. The Italian fashion group has set up a crisis unit to best handle the coronavirus outbreak. Its tasks include quantifying the revenue and cost impacts for the group and identifying steps to minimise them.

Orders sink for Italy's luxury suppliers on coronavirus fears. Brands have been forced to close shops, shelve new openings and postpone advertising spending in the region. As demand for luxury goods weakened in China, brands have cut back on orders; one Italian leather goods and handbag supplier reported a 30 percent drop in orders from Louis Vuitton, while other suppliers said Prada and Ferragamo were also scaling back on orders.

Stocks hit as oil prices slump. Trading on US stock exchanges was halted twice this week as the stock market saw its worst day since plunge of 1987. Saudi Arabia’s move to raise oil production following OPEC's supply cut agreement with Russia collapsed has caused the energy index to slump 15.3 percent, while crude prices are on track for their worst day in three decades.

UK government scraps business rates for small companies. The move is an attempt to help small firms deal with the disruption caused by the coronavirus outbreak. The business rates, calculated in line with property value, are taxes that help pay for local services, which are charged on most commercial properties. They have for years burdened retailers, who have claimed that the rates system needed urgent reform. 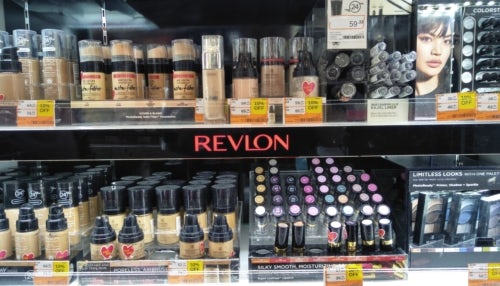 Revlon to cut 1,000 jobs in a bid to boost profitability. The cosmetics company reported a drop in sales for the fifth quarter in a row, following a weakened demand for its fragrances and namesake products. Revlon’s preliminary fourth-quarter revenue of $699.4 million fell well below market estimates of $755.4 million in part because the company has struggled to make itself relevant to young customers.

Rihanna opens Fenty Beauty house for TikTok users. The superstar-turned-designer is tapping the next generation of creators to promote her makeup line by providing support and set-ups for their online content. The beauty house is located in Los Angeles, and is equipped with a beauty salon, makeup stations and lighting equipment.

Glossier to close stores. The beauty brand’s Founder and CEO Emily Weiss posted a letter on Instagram saying Glossier would close all temporary and permanent shops for at least two weeks in the hope of curbing the coronavirus outbreak in the US and UK. Glossier will also postpone the opening of its Arizona store, scheduled to open next Wednesday. 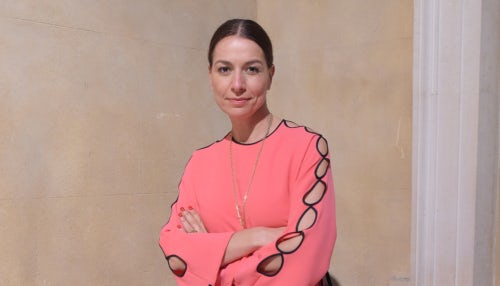 Amazon to sell cashierless technology to retailers. The e-commerce platform has reportedly signed several deals selling its Just Walk Out service, as seen in Amazon Go stores. The move reflects Amazon's strategy of building out internal capabilities that turn into lucrative revenue streams. Amazon Go has popularised cashierless technology, a market that could grow to $50 billion. The e-commerce giant is also acquiring the Lord & Taylor building in lower Manhatten in a bid to expand in New York.