It was a jarring symbol of the challenging reality that has overshadowed fashion month, as brands and their customers struggle to get to grips with a mounting public health crisis.

The rapid global spread of the deadly respiratory illness known as COVID-19 from its origination point in the Chinese city of Wuhan has ratcheted up concerns that the virus could represent a black swan event for the fashion industry. Already, the sector is feeling the effects on manufacturing and consumer spending caused by an extended shutdown in China.

Bernstein analyst Luca Solca warned this week that the luxury industry should brace for a “gap year,” with the impact of the virus on 2020 performance likely to be “very material.”

The human cost is also substantial, with more than 2,800 deaths and mounting incidents of racism against Asians. While brands are gradually beginning to reopen shops shuttered for weeks in China, the industry is far from returning to normal.

The luxury industry should brace for a 'gap year.'

Last weekend, as Milan Fashion Week stuttered to a close, Italy became the site of the third-largest outbreak of the deadly virus after China and South Korea. Giorgio Armani live-streamed his Sunday show from an empty venue as the government imposed lockdowns on a number of towns in the country’s north.

The mounting concerns raised debate over whether Paris Fashion Week should go ahead. Similar events in Seoul, Shanghai and Beijing have been cancelled or postponed. The Fédération de la Haute Couture et de la Mode ultimately recommended each brand should make its own decision. Planned catwalks have largely gone ahead, but LVMH scrapped its regular cocktails to celebrate semifinalists for its designer prize, while companies including Shiseido-owned Clé de Peau Beauté, Byredo and Sandro all called off events.

Attendees of the European events are also grappling with questions over whether they might face quarantine when they return home. Hanya Yanagihara, Editor-in-Chief of The New York Times’ T Magazine posted on Instagram earlier this week that she and colleagues in Paris have been asked to work from home for two weeks after they return. The New York Times said that Yanagihara and her team had been in Milan, which classifies as an affected area, prior to Paris. Elsewhere, brands including Gucci, Moncler and Tommy Hilfiger owner PVH have taken precautions like limiting business travel and encouraging staff to take advantage of flexible working arrangements.

A drop in Chinese consumption both at home and abroad has already hit sales across the board.

While panic over the virus has seeped into fashion’s heartland this week, the economic headwinds are likely to be more lasting. A drop in Chinese consumption both at home and abroad has already hit sales across the board, offering a taste of potential losses to come. Companies are still grappling to understand the impact on supply chains, with many factories shut down for the last month because of an extended Lunar New Year break implemented in China in an effort to control the spread of the virus.

Altagamma, BCG and Bernstein have predicted the luxury industry could lose €30 to €40 billion ($32.4 billion to $43.2 billion) in sales this year. Bernstein’s cut its forecast for luxury brands’ 2020 revenues by 6 percent on average. After a promising start to the year, executives now fear that a prolonged and wider outbreak of the virus could precipitate a global recession.

“We may have to cut more, if the epidemic continues beyond current signs of containment,” Bernstein’s Solca said in a note. 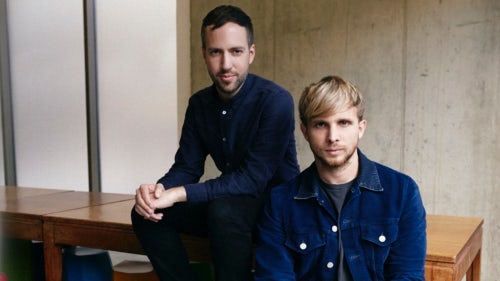 Peter Pilotto is going on hiatus. Design duo Peter Pilotto and Christopher De Vos want to rethink the traditional ready-to-wear business model, which has proven unsustainable for many independent fashion brands. While Peter Pilotto currently has two minority investors, Pilotto and De Vos said that they are negotiating buybacks from each and will own the brand outright at the end of the process.

Hermès starts to see return to normal in China. The luxury brand reported a slowdown in sales growth in the fourth quarter to €1.87 billion ($2 billion). Many luxury goods companies are facing difficulties due to the coronavirus outbreak in China, prompting them to shutter shops and shelve ad campaigns in the world's second-largest economy. However, Hermès has not suffered from disruptions to its supply chain as around 80 percent of its manufacturing capacity is based in France.

Luxury braces for $43 billion in losses as coronavirus panic goes global. The tragedy’s effects are rippling across the industry, from front rows to travel retail. The coronavirus could be a black swan for an industry that, for years, has remained impervious to macroeconomic and political volatility and reliant on mainland China for the bulk of its growth. A new report predicts that even the most nimble brands could see a €10 billion ($10.7 billion) decline in luxury sales this year.

Hong Kong retailers in battle for rental cuts. Shop owners are calling for temporary rent cuts as consumer spending falls amid the coronavirus outbreak and months of political unrest. The striking retailers want base rent to be waived and only turnover rent to be charged, as foot traffic has dropped dramatically in recent weeks.

Watches of Switzerland sees shift to home buyers as coronavirus hits. As Chinese tourist numbers drop, the British retailer is looking to local customers to account for the decline. Chief Executive Brian Duffy said in the nine months since the company's initial public offering the share of sales to Chinese nationals had fallen from around 10 percent to 7.8 percent. Despite this, local demand for Rolex timepieces is so strong it is making up for the drop.

Seoul Fashion Week cancelled due to coronavirus spread. The news was announced after the number of cases in the country neared 1,000. Around 165 buyers were invited to the previous season of Seoul Fashion Week, consisting of 135 Asian buyers and 30 buyers from the US and Europe. Thirty six labels were slated to showcase their new collections on the runway next month. Both Shanghai Fashion Week and Beijing’s China Fashion Week, originally scheduled for March 26 and 25 respectively, have been postponed.

Macy’s sales beat estimates. Net sales fell 1.4 percent to $8.34 billion, but this was still a touch above analysts' estimate of $8.32 billion. The positive results follow the department store's announcement that it will cut jobs and close several offices and stores to reduce costs and boost growth. The retailer will also shift its focus on new off-mall formats.

Uniqlo reopens stores in China after coronavirus outbreak. The brand’s parent company Fast Retailing announced that it has reopened more than 100 stores in the country, while 125 remain closed. The company operates 750 Uniqlo stores in China, its key growth market at a time when it faces slow growth in Japan. China has also been Fast Retailing’s crucial production base, with 128 of its 242 global sewing factories located there. 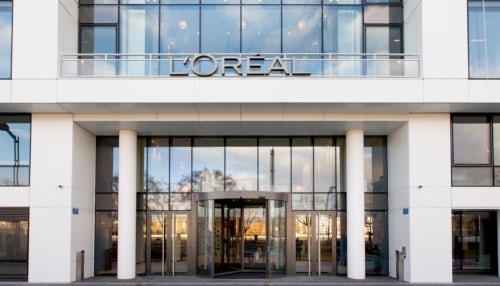 L'Oréal's online makeup sales rose in China in February. The cosmetics company is still bracing for a hit on demand due to the coronavirus health crisis. L'Oréal has so far offset some lost business through e-commerce sales via platforms like Alibaba and JD.com, which appeared to be "finding solutions" to counter delivery problems in some parts of China.

E.l.f. cosmetics has acquired clean beauty brand W3LL People for $27 million. The move comes as E.l.f. looks to expand its brand portfolio and break into the clean beauty space. W3LL People was launched in 2008 and is currently sold at specialty retailers like Credo Beauty and The Detox Market, and online at Amazon.com and Ulta.com. 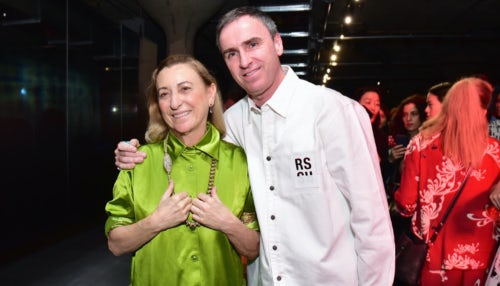 Raf Simons is joining Prada. The cerebral Belgian designer — who has previously designed for Jil Sander, Christian Dior and Calvin Klein — will take up the role of co-creative director. Simons will be working alongside Miuccia Prada with responsibilities for creative decision-making shared equally between them. With the appointment is effective April 2 2020, their first show as co-creative directors will be Spring/Summer 2021 womenswear, presented in Milan in September.

Coty hires CEO from Jimmy Choo. Pierre Denis, who has been on Coty's board since September 2019, will take the helm by summer 2020 upon the conclusion of the cosmetic group’s strategic review. Denis has since July 2012 served as the chief executive of Jimmy Choo, now part of US luxury fashion group Capri Holdings Ltd, which also owns Versace and Michael Kors.

Tyler Haney exits Outdoor Voices. After stepping down from her role as chief executive, the founder of the direct-to-consumer activewear brand is now leaving the company altogether. The announcement comes as the activewear brand struggles to manage costs and raise more funding. With revenue of about $40 million, Outdoor Voices has been losing up to $2 million a month on customer acquisition and other costs.

Forever 21 hires new chief executive from H&M. Daniel Kulle, former president of H&M's North American operations, has been brought in to revive the fast-fashion retailer, which was recently bought by a consortium of investors, including Barneys owner Authentic Brands Group, for $81 million. The acquisition followed a tough year for the brand. In August 2019, it filed for bankruptcy as it struggled with debt and mismanagement.

Zalando enters the online luxury wars. Europe's largest online fashion retailer is selling Moschino, Marni and other major labels as it makes a play to compete in the already-crowded luxury e-commerce space. Beginning in March 2020, Zalando will start stocking luxury lines to suit customers craving high-end items; in 2019, the company saw over 20 million searches for luxury brands on its site. The move comes as the online fashion retailer forecasts a growth slowdown of up to 20 percent.

Amazon will sell products seen on upcoming fashion reality show. Heidi Klum and Tim Gunn, both of whom were on Project Runway, have partnered with Amazon to host a new fashion-based reality show, Making The Cut, which premieres March 27 on Amazon Prime Video. This is the first time Amazon will use an original, global series to promote its products.