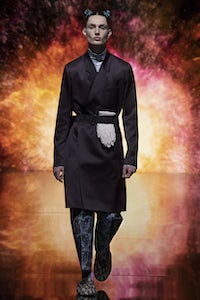 Dior ranked number one, followed by Chanel, Gucci, and Louis Vuitton, in a ranking of luxury fashion brands’ media impact from consultancy Launchmetrics, which estimates the value of brands’ visibility across social networks and in the press.

Leather-goods giant Hermès, known for its insider positioning and comparatively small investments in publicity, did not crack the top 10 in Europe or the US, but enjoyed high levels of visibility in China, ranking as the number-5 brand in that key market according to the report.

Launchmetrics has launched the quarterly ranking as luxury labels including Gucci and Celine increasingly abandon the traditional calendar for revealing their collections, staging many events outside of fashion weeks, and following its acquisition of Chinese data consultancy Parklu, which specialises in monitoring brands across social media platforms like WeChat, Weibo, and Xiaohongshu (Little Red Book).

The report confirms the scale of hefty media investments by owner LVMH in growing Dior’s market share last year. Billboards, social media campaigns, and other splashy announcements seemed to push awareness of the Parisian couture house to new heights even during the pandemic. 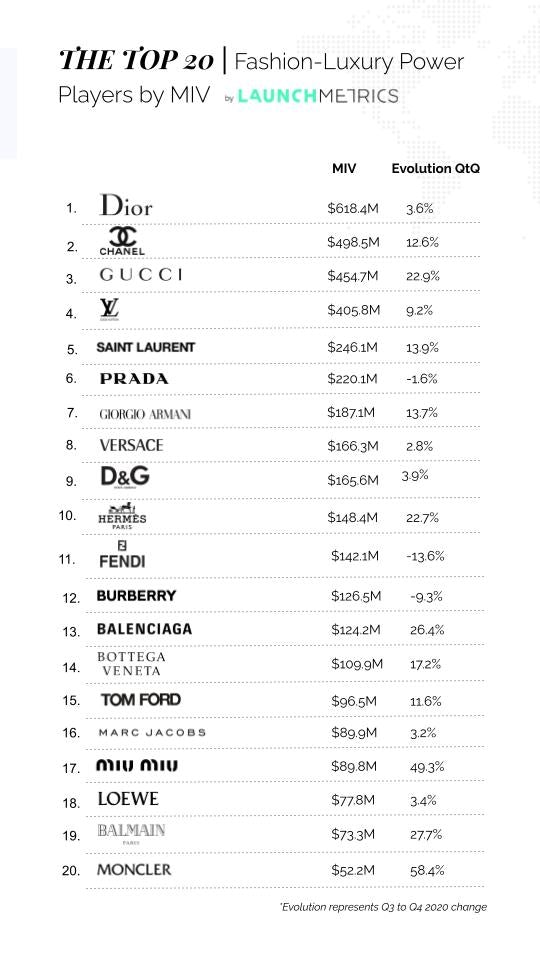 Klarna Valued at $31 Billion After US Growth Stoked Investors