Valentino, Dior and a Couture World in Flux

Couture is moving away from the dangers of glorified ready-to-wear and embracing experimentation and invention.

Valentino, Dior and a Couture World in Flux

Couture is moving away from the dangers of glorified ready-to-wear and embracing experimentation and invention.

ROME, Italy — In this era that glorifies the individual, couture is, at least on paper, more relevant than ever. The brief fashion week that opened in Paris with ethereal Versace groupies and closed yesterday at the peak of emotion in Rome, with fragile Valentino goddesses wrapped in an aura of melancholic pagan mourning, offered ample proof of this. Rarely has the stress on the dreamy, experimental aspect of dressmaking been so intensely wrought out, so pleasantly indulgent, so stubbornly out of sync with the cult of the fast and furious that has taken ready-to-wear hostage and flattened it within the two-dimensional prison of a constant Instagram feed. 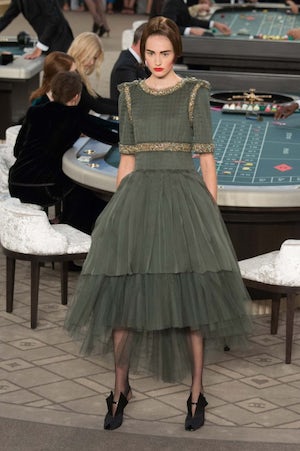 At times the artisanal aspect of couture was elevated to the point of virtuoso heights, as was the case at the shows staged by Valentino and Fendi. At other times, it took a more modest but nonetheless opulent turn. Either way, coming after a few seasons of heightened normality, or whatever else you may call the focus on daywear and the design principle of building the collection around a wardrobe idea, this couture week made for an unexpected turn that was both a reaffirmation of the status quo and a sudden leap forward. There were collections that barely featured any tailleur or coats — Atelier Versace for instance — which instead focused on occasion dressing (in couture terms, it means a plethora of dresses or gowns, both long and short, and little else.) And even when tailleurs were actually a main feature, as at Chanel, a veritable temple of such luxurious pragmatism, they were tailleurs of a relatively special kind — shimmering and precious — that nonetheless felt quite old, if not mildly unappealing.

Elsewhere, stiff images were consistently deconstructed: at Dior, the cold and abstract codes that Raf Simons has set for the venerable French maison were broken up with palpable whiffs of sensuality that involved a lot of tactile handwork.

What was clear from the shows is that fashion is thirsty for dreams. It needs them. And, at this point, it is only couture that can provide them: because of the craft it involves, because of the materials it features, because of the intrinsic slowness it requires and because it is truly one of a kind. Couture is fashion at its most exclusive, in the sense that it really excludes a lot of people and makes the rest of the flock dream. With dreams, of course, I am not referring to the overtly extravagant, or the downright outlandish, as breathtaking a show as Maison Margiela was — pure eccentric beauty with no other aim but the liberation of fantasy through artisanal artistry. When I talk of dreams, I address the celebration of invention, which does not make couture as abstract an art as some might think.

Nowadays, couture makes sense as both a communication and marketing tool. Far from being a mere a style exercise backed by solid and profitable perfume sales — though you’d be forgiven for still thinking so for an outing as funnily conceptual and poignantly pointless as Viktor & Rolf — couture actually has a (relatively) wide market. Judging from the audience at the shows, its clientele mainly comes from the East and the Far East, is younger than it used to be, and has no shortage of fashionable appetites. As the poor get poorer, the rich of the world get richer, and couture is made for them, or better for those of them who have the taste and the culture to appreciate such a noble art. 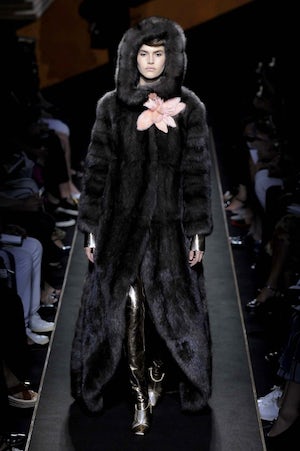 Couture is the dream of uniqueness made true; the utopia of having a designer working just for you made happen. Couture is a perfect match of insecurities: the rich adore the highest level of service and they love to live luxury as an experience. Designers, on the other end, like to explore the possibility of letting their fantasy run wild, of creating something impossible just for the sake of creating it — adopting painstaking techniques to celebrate everything the human mind can dream of, and that the human hand can transform into reality.

It is exactly this experimental aspect that makes couture an art of today and not just an exercise in nostalgia. Of course, being so laden with tradition, couture, as a system of signs, comes complete with a precise iconography that is hard to break. Each house has its own and moving it forward is a difficult exercise. Raf Simons, for instance, both courts and fights the jolie madame spirit that is so intrinsic to Dior, while, at Valentino, Maria Grazia Chiuri and Pierpaolo Piccioli sometime seem stuck with an idea of grace that is so poetic and distant, it borders on the frigid. Bertrand Guyon's debut chez Schiaparelli, interestingly, showed how difficult it is to modernize couture while dealing with a figure as strong as Madame Schiaparelli. The designer played it safe and succeeded, but his idea of the couture woman was strikingly old-world, if still appealing.

The collections we saw this season, in general, suggested a couture world in a state of flux: moving away from the dangers of glorified ready-to-wear and identifying textile research and experimental craft as the tools of progress, in the search for a new type of woman. All in all, there were more questions than answers, but this is good — progress only comes from questioning. Or, as they say, dubito, ergo sum.