SHANGHAI, China — As Chinese consumers gain confidence in their own sense of style, some are starting to ditch luxury for leisure. The luxury drift in China is often explained as a reaction to the country’s economic slowdown and the government’s distaste for overt displays of opulence. However, underlying this shift is a unique transition of China’s cultural, political and street dynamics.

China's sportswear market will surpass the luxury goods market by 2020, according to Euromonitor International, with double-digit growth each year to 280.8 billion yuan ($42.6 billion) compared with luxury's single digit growth to 192.4 billion yuan ($29.2 billion) during the same period.

In a quest to better understand how to re-connect with the nation’s increasingly fickle upwardly-mobile consumers, I recently met face to face with several of them. ‘Little Zhang’ is the son of a wealthy business tycoon who did not wish to reveal his full name out of privacy concerns. A self-confessed fashionista from the booming industrial city of Wuhan, deep in the country’s interior, Zhang admitted that he had been “teethed” on a set of “luxury brands that arrived in China early”. But although they were brands he still followed, he had a nagging feeling they were now “unable to express his more laid-back style”.

As a princeling of China’s economic miracle, Zhang had grown up using luxury brands to showcase his family’s wealth, success and status. However, as a twenty-something, he and many of his friends felt they were “evolving” to high-end leisure and sportswear in order to create a higher sense of style — or as he conveyed it in his local dialect, to be seen as “fresh rather than rotting meat.”

Zhang’s sentiments are part of a profound identity shift taking place in China, reflecting new realities for the nation’s moneyed millennials. High-end leisure and sportswear now occupy more space in local wardrobes, as luxury loses the cultural clout it once held in China’s ambitious economy. As a consequence of what is referred to the “secretary syndrome,” luxury brands are less capable of expressing status or helping people “keep face.” Some are losing social value as they become more accessible to a wider working population who often save their salary year-round to buy a few branded products.

As the draw to wearing luxury has diminished, a more practical mindset has started to influence China’s next generation. One outcome of this is the previously unseen trend for well-off consumers to explore buying second-hand luxury in China, demonstrated by the growing popularity of online B2C luxury rental stores such as Ms Paris and Dress Up. But another is a growing enthusiasm for active lifestyle fashion. 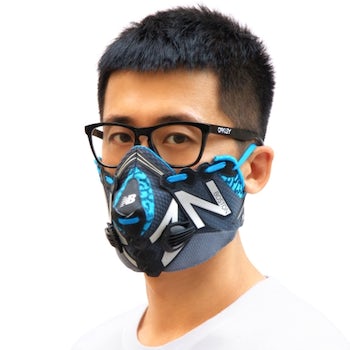 The daily commute to China’s major cities is dominated by imagery of exemplary body types through a new world of “belfies,” yoga poses and gym-mania. Screens in taxis provide tips for sit-up and crunch techniques, while users on social networks like Weibo (China’s equivalent to Twitter) offer up bizarre challenges such as; “Is your waist as thin as the width of an A4 sheet of paper?” “Are your legs as skinny as the length of an iPhone 6?”

The focus in China has palpably shifted from a focus on the face and complexion, to an emphasis on body image and physical health. Riding the wave are international sportswear brands such as Nike, Adidas and Under Armour, active wear brands like The North Face and Columbia, and yoga-wear giant Lululemon, followed by recent arrivals like Lorna Jane.

Aiming for local relevance, international brands have been instrumental in communicating this new lifestyle in China. Adidas has championed the idea of “modern sisterhood,” where young professional women “style-up to work out” — a powerful communal message in a nation of only-children, brought up under the one-child policy. As part of this commitment, the brand opened a dedicated outlet for women in Shanghai, the first of its kind in the Asia region.

The North Face and Nike have invited China’s urbanites to challenge themselves outdoors. Using China’s hugely popular phone app WeChat to create exercise communities, they then present their collections on China’s e-commerce giants as contemporary fashion.

Compared to more mature markets, the emphasis they make on B2C platforms such as Tmall and JD.com is less on product and more on presenting a new urban style — part athleisure, part middle-class aspiration. It’s a swing toward leisurely fashion enhanced by locals’ enthusiasm of sharing pre- and post-workout selfies with their friends online.

Local street style brands have started to flourish too. In the southern city of Shenzhen, the designers behind Roaringwild use Chinese language and symbols as their inspiration. In Shanghai, Chiin Chilla encapsulates the post-modern energy of the city through a bespectacled street-wise character, who features in the brand’s unique designs.

As one of Chiin Chilla’s founder, Gene Contreras, notes, there is “a more leisurely and spontaneous style at the heart of being Shanghainese. It’s a tradition for people to walk the streets in their PJs, so it was natural that local folks are shifting their spending to more active and street styles.”

A further example of this spontaneity is local designer Zhijun Wang, who has designed pollution face-masks by reassembling sneakers from brands such as Puma and New Balance. He has now reconfigured them to make sure locals can still express their style, even when fighting the daily reality of atmospheric pollution.

As Chinese life has become increasingly defined by big-city living, consumers are actively in the process of adapting their style and wardrobe to feel more in control of this transformation — a reality where consumers are not strait-jacketed by elitism, but rather have the freedom to participate in, fight against and be proud of China’s modern urban culture.

Jerry Clode is head of digital and social insights at Resonance China, Shanghai.