Op-Ed | We Need to Move on From Cultural Appropriation

By hiring more people from minority groups, and putting them in positions of power, cultural appropriation will become a non-issue, argues Vienna Kim.

LONDON, United Kingdom — We live in the “Era of Outrage”. It’s fashion week, so now is about the time that scores of impassioned Twitter tirades and countless articles on the topic of cultural appropriation flood the internet. However, these have often obscured what exactly cultural appropriation is, and it seems only the loudest and angriest voices get heard. For better or for worse, cultural appropriation has been in the spotlight in recent years. However, many experts agree that the spotlight is on the wrong issue. Antonia Opiah, founder of Un-Ruly, a platform that celebrates the beauty of black women, says that angry tweets “don’t do a lot to address the larger issue.” So what is the greater problem, and how can we tackle it?

The primary concern with instances of cultural appropriation in fashion is that it propagates structural imbalances in society. Put simply: when a white designer takes a symbol, pattern, motif, or style from a minority culture that has historically been oppressed by Western imperialism, it adds insult to injury. It effectively says, “We can take your culture and use it for our own commercial gain, without giving due credit or profit to you.” If this were done on an even playing field, where minority groups had an equal social standing to Caucasians, it would not be an issue. However, since it is enacted within a history of plundering and murder by imperialists, cultural appropriation becomes yet another act of injustice where white Westerners take what is not theirs for their own gain. As Jessica Andrews, digital fashion editor at Teen Vogue, states, “When brands culturally appropriate while discriminating against people of colour, it sends the message that your hairstyles or your style of dress is acceptable, but your bodies and lives are not.”

Beyond the obvious social offenses, cultural appropriation also affects business. “Woke” members of the millennial and Gen-Z generations will call out or boycott brands they have come to disrespect due to acts of cultural appropriation.
“[The younger generation] is thoughtful about their purchases, and they want to spend with fashion brands that are inclusive when it comes to casting models and hiring staff — fashion brands that make a concerted effort to respect cultures other than their own,” Andrews continues. “With this new generation, we’re seeing a change across the industry. Now representation matters, equal pay matters, a brand’s take on political and social issues matters.”

Indeed, think of Vogue endorsing Hillary Clinton for president, or how Everlane launched its “100% Human” collection to support ACLU, Equality Now, and the Human Rights Campaign. Brands are becoming increasingly transparent, and are unafraid to voice their political opinions. Now that millennials have become the largest demographic in the workforce, it is important to note that this is the popular turn brands are taking.

Although various publications and websites are talking more about cultural appropriation and diversification in the fashion industry, as the VOICES 2016 talk with Joan Smalls and Hari Nef revealed, these concerns are not being remedied. Brands are proving slow to understand why cultural appropriation is such a big deal. Robbie Sinclair, womenswear editor at WGSN says: “There is a very blurred, grey area of understanding about … cultural appropriation. That’s what brands struggle to get their head around.” Designers and CEOs need to do their research, read about cultural appropriation, discover what the real issue is (continual structural imbalance) and understand that their younger audience deeply cares about such issues. However, in order to truly move past the problem, we must put our money where our mouth is.

The first step is to be mindful of the cultures we are quoting or referring to. Have a discussion with members of that minority group so that they can advise whether such an approach would be acceptable or not, and give credit where credit is due. Even better, collaborate with designers and businesspersons that belong to these groups. “The idea that cultural appropriation precludes you from drawing inspiration from other cultures isn’t necessarily true,” says Andrews. “The issue comes in when you pull from other cultures without doing your due diligence: acknowledging the culture that popularised the look and respecting symbols that are considered sacred.”

Opiah adds that empathy is also key: “As individuals, [we must] approach conversations about cultural appropriation with an open mind and think about the underlying tensions… look for those tensions and understand the challenges the minority culture is up against and listen to them, empathise with them.”

Lastly, and most poignantly, we need an overhaul of the fashion system, in business, as well as in representation on the runway and magazine covers. We need to hire more talented people that belong to minority groups so that there can be a diverse pool of voices that are able to inform whether a potential instance of cultural appropriation is problematic or not. “People in power need to be aware of any existing inequalities in their industries,” says Opiah. “Business-wise, challenge people to think about who they are hiring and why — is it making their work place homogenous?” Greater diversity of voices will inform the choices made around potential instances of cultural appropriation, thereby avoiding careless mistakes or mishaps.

So, does fashion need cultural appropriation? Yes, but not in the ways of the past. We need to hire qualified, talented people from minority groups (and put them in positions of power), collaborate with cultures we are inspired by, and let people who have been dispossessed have their say about their culture in order for “appropriation” to become a non-issue. When the playing field is equal and artists and cultures are given due respect, only then can members of all cultures exchange motifs, patterns and cuts freely, without fear of the dreaded Twitter backlash. Such a world seems like a far-off Utopia, but it is one that businesses and individuals can nonetheless aspire to. This will increase exposure to a variety of worldviews, thus producing new collaborations, new mixtures, new fascinating perspectives and — most importantly — a fresh creative output where inspiration can truly be unlimited. 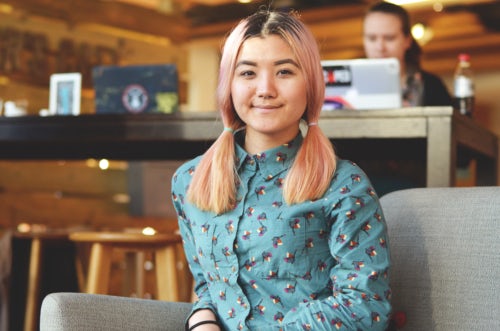 Avant-gardism is a term that has become overripe and lost its sheen, but I believe it is as essential today as it was decades ago. The fashion industry is at a critical point where consumer behaviour is rapidly changing, technology is becoming our lifeblood, and ideas are so prolific, it is difficult to single out which ones are worth pursuing. This is why we constantly need fresh talent to spotlight where the future of fashion is headed, and instigate its inevitable progression.

It is therefore a massive honour to have been chosen as one of these avant-gardists, as a part of the Future VOICES programme. My profoundest thanks goes to the Business of Fashion team, especially my editor, Osman Ahmed, who encouraged me to be ambitious whilst writing this article. He believed in my ability to make a difference.

Personally, I see this article as the launch of my role as a fashion activist. I am passionate that fashion should be a platform for positive change — environmentally, politically, socially and personally. I hope this will be the first of many opportunities where I will be able to speak on behalf of those who do not feel fashion is for them, when it should be.