Some of the most interesting designers showing in New York summon energy from fans and collaborators who push them to turning points more important than jaded editors.

Some of the most interesting designers showing in New York summon energy from fans and collaborators who push them to turning points more important than jaded editors.

NEW YORK, United States — We talk a lot about a lack of excitement at New York Fashion Week. And it’s true that, this season in particular, the industry’s urgency — or FOMO — for any one collection has been hard to find. But the fashion flock can be too easily jaded. And while some bemoan a thinned out schedule, some of the most interesting designers on the calendar aren’t depending on industry validation.

Their inspiration and energy comes from fans and collaborators whose approval and support can be more important than any editor’s.

Take John Elliott for example, who took over what was once Alexander Wang’s old Saturday night slot and attracted menswear aficionados, professional athletes and musicians alike to the Brooklyn Navy Yard for his first joint men’s and women’s show.

Despite the loyal following for his minimalist streetwear, his popular Nike collaborations, his industry accolades and substantial sales, Elliott is still relatively under the radar on the American fashion scene. 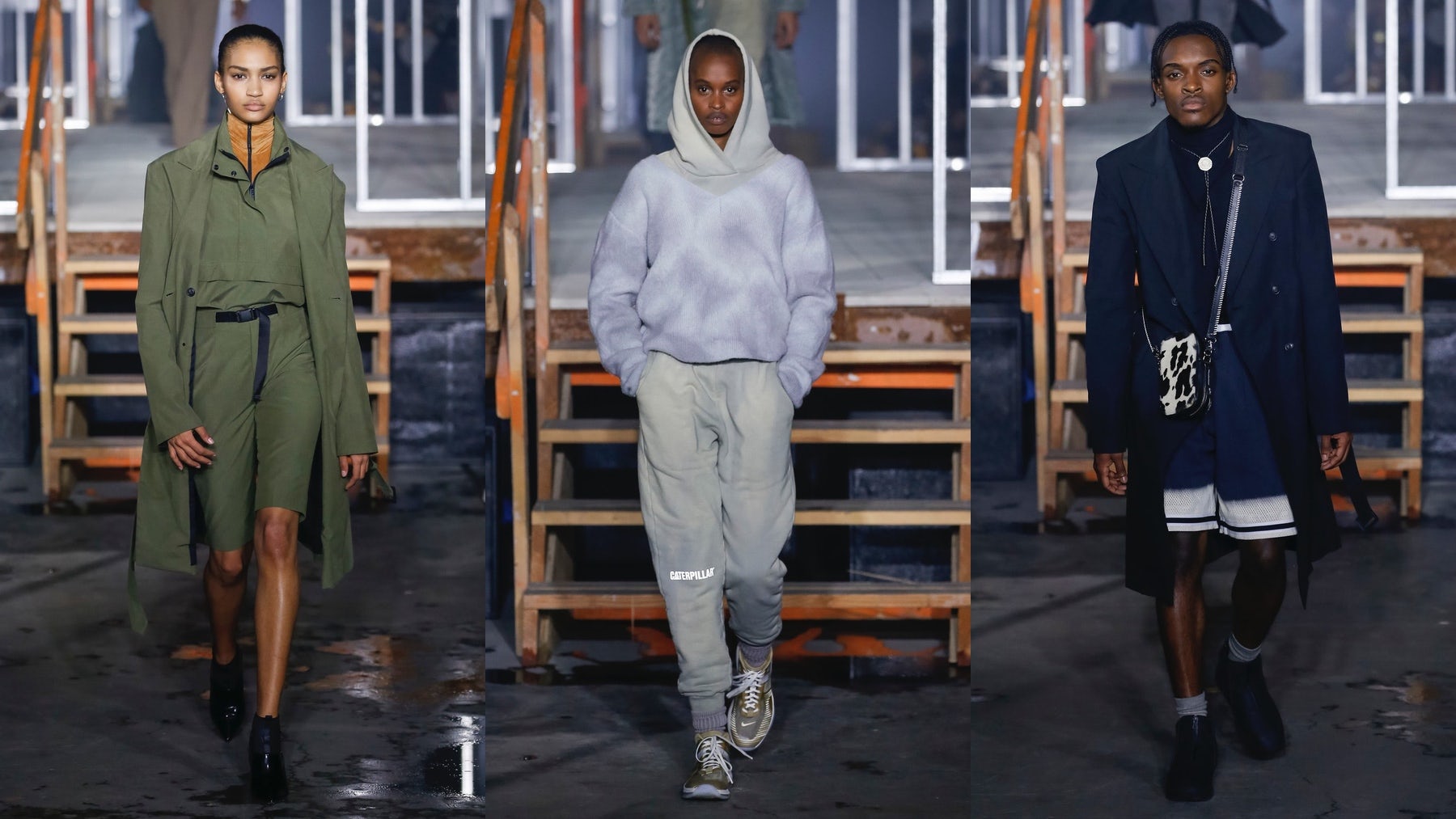 But the designer is at a turning point. In the beginning of 2018, he took on a minority investment from a group that operates across sports, entertainment and finance, which he declined to name. Lebron James, a fan of the brand and collaborator with Elliott at Nike, is said to be among the investors.

The funding was put to quick use. Over the last year, Elliott hired a head of design for women, Cara Campagnoli, and a chief marketing officer Monika Rymsza (both formerly of Alexander Wang), as well as heads of wholesale, sales and digital. And he will open his first ever store on Melrose in Los Angeles during the second quarter of this year.

“As much as people want to talk about the shifting marketplace and what’s happening in Europe… there are huge opportunities in America,” Elliott said.

Elliott and Campagnoli both trace their roots to San Francisco, so they decided to pay tribute this season to the Pacific Northwest and the home as a physical structure — visible in a fleece that was printed with wallpaper from Elliott’s parents home, a felted jacket that resembled insulation. Outerwear made from a washed-out nylon — recalling the way the sun dyes a deck — was a standout.

Their collections usually feel quite serious, despite the range of rich and pastel hues, but it was a fun surprise to see them rethink the bucket bag that first made them famous with a fully pleated version. Their take on men’s style shirting also stood out as something you could really live in. 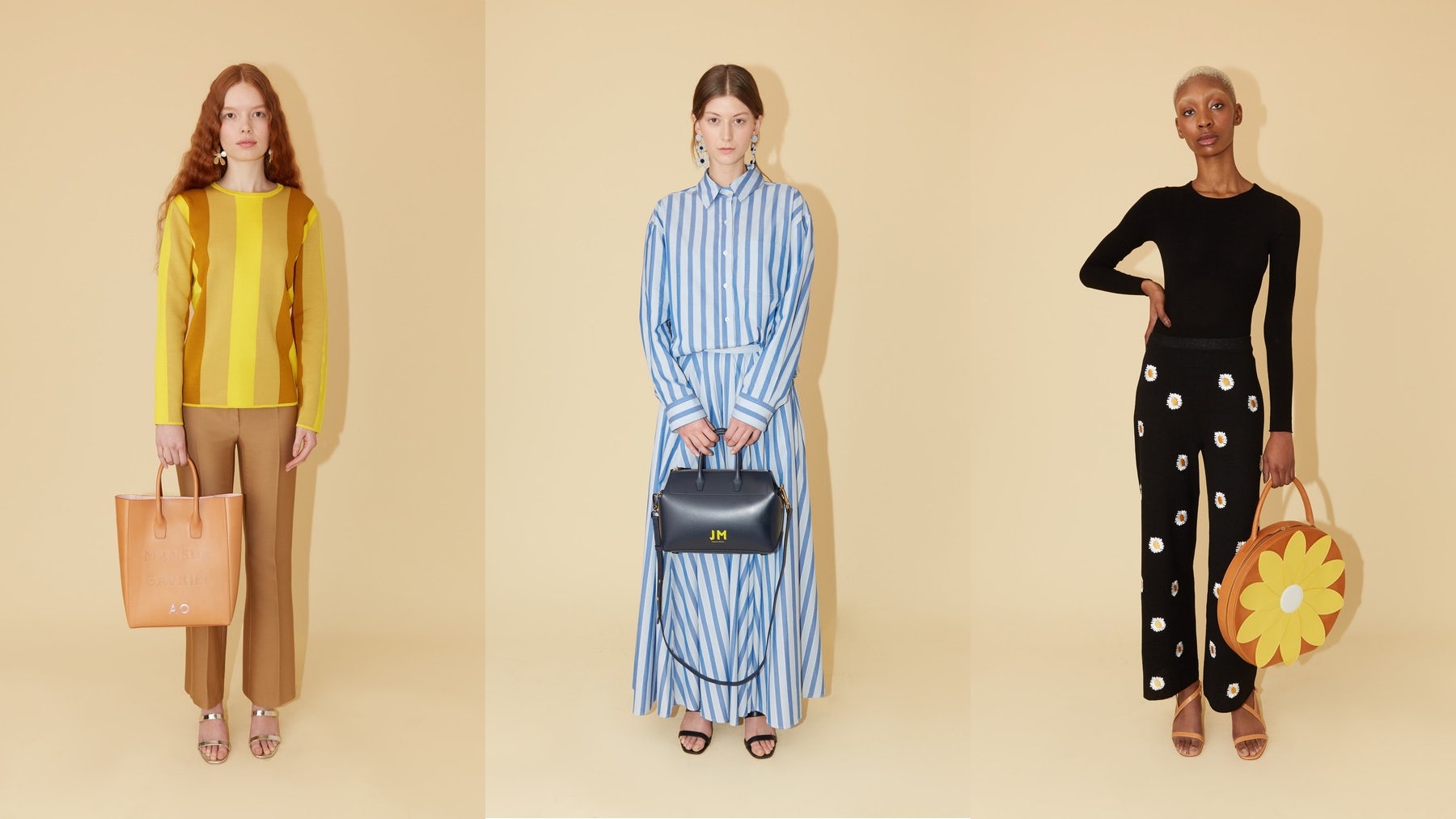 Instead of a runway show, the brand opted for something more intimate. They opened up their showroom-office, beautifully designed in its own right, and guests lingered as they checked out the latest embellished dresses and soft ballet flats up close. Their first presentations felt like art installations where you couldn’t touch anything, but this was an inviting experience that still had some of that otherworldly magic.

But there will likely be few more enthusiastic audiences in New York than the one that filled a gallery at Spring Place to the brim on Sunday night for LaQuan Smith, known for outfitting stars like Jennifer Lopez and Beyonce Knowles, onstage and off. His latest take on va-va-voom eveningwear did not disappoint, though fit issues were a distraction. The best pieces were the Clueless and Fresh Prince of Bel-Air inspired plaid mini dresses and cropped fur jackets (a result of a collaboration with Saga Furs).

Smith said he missed the loud, glamorous energy of runways shows from the 1990s and 2000s, name-checking Versace and Baby Phat. With a soundtrack that moved quickly through groovy classics and hip-hop hits, Smith had the audience dancing and cheering, thanks also to a charming live DJ who kept seductively repeating “LaQuan Smith” like it was a flirtation. 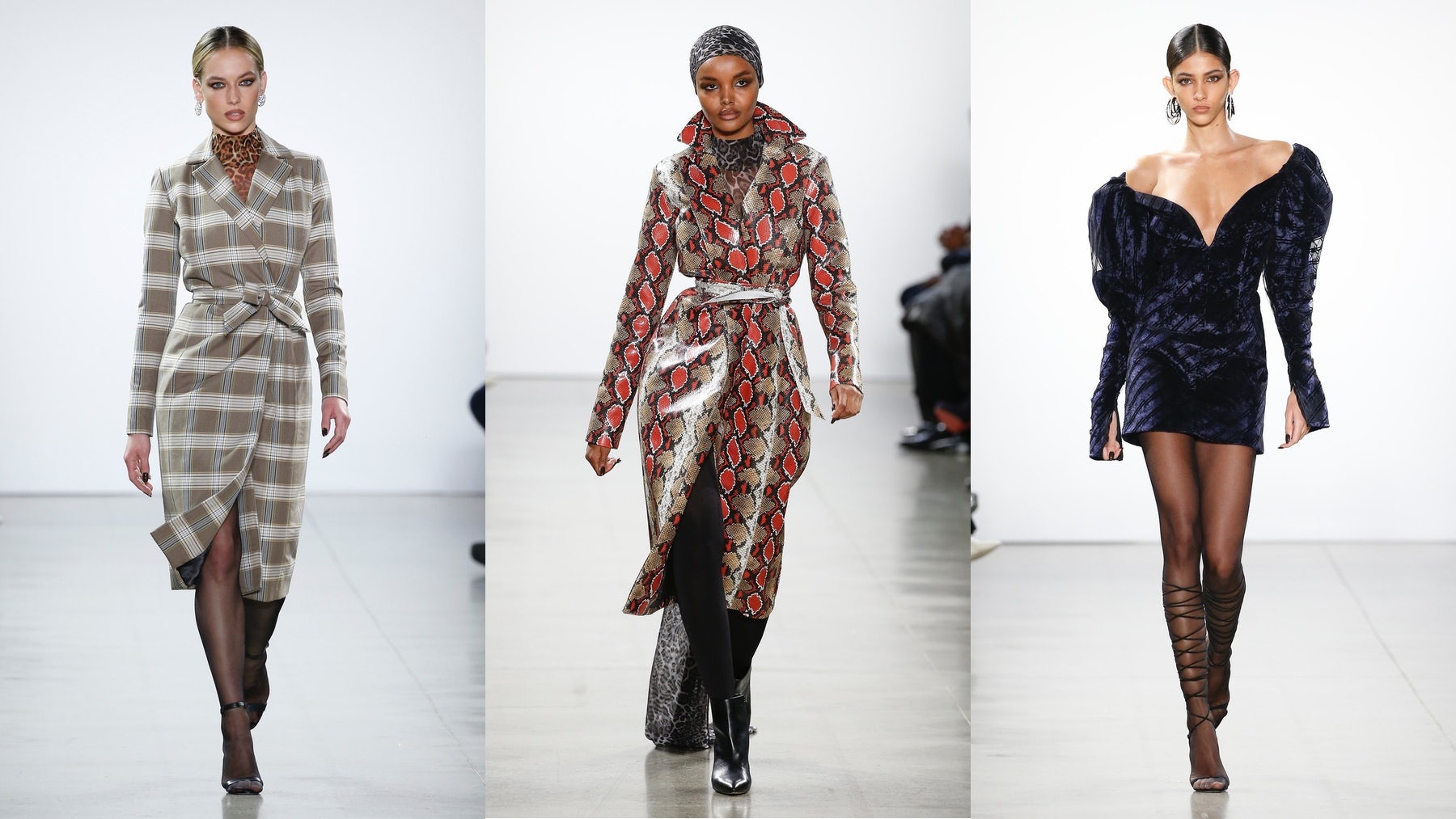 Last year, Smith launched a sold out collaboration with Asos that allowed him to reach many more fans eager for a piece of him. He hopes to do more of that kind of thing in the future, but it also pushed him to “up the ante” on his runway line to keep it differentiated.

Despite all the barriers for independent designers, especially black ones, LaQuan is steadfast is his ambition to become the next great American luxury womenswear brand. Sunday night’s crowd probably wasn’t thinking about the price point — they just loved what they saw.

Attention-seeking women are not wont for choices when it comes to sexy occasion wear. The latest collection from Area, the Vogue fashion fund-approved young label by Beckett Fogg and Piotrek Panszczy, offered plenty of crystal mesh skirts and flamboyant fringed jumpsuits to choose from.

There is always a highly appealing tackiness to their collections, like in the way a tie-dye leather camisole is lined with scalloped sequins. But it could be broken down into individual pieces, demonstrating that the designers have an eye on the kind of wearable statement pieces they can sell to women who want the ease of an Oxford shirt bodysuit or a crystal-trimmed houndstooth jacket. In this case, their venue detracted from the designers’ sense of playfulness. It was staged in an enclosed public space inside a Wall Street office building that felt oddly cold for a collection that begged to be seen up close.