NEW YORK, United States — A trio of designers tried to shock New York Fashion Week out of its winter doldrums on Sunday, with colour and maximalism serving as unifiers, a perfect plan for our Instagram age where fashion is expected to be scroll-stopping not traffic-stopping. Still, just being bright and shiny does not an interesting collection make, which became abundantly clear throughout the day.

First there was Sander Lak of Sies Marjan, a man who has a way with bold colours. His fall 2019 collection was built around the most well-tread source of inspiration known to man, love. It could have easily become a hackneyed ploy but luckily Lak is a smart guy and, even better, a talented designer; in his hands, the idea yielded some intriguing results that avoided anything as simple as being merely pretty or sexy. His collection had a sense of romance and a swell of feeling for sure, but he also used it to further demonstrate his technical abilities, mostly with silhouette and textures. 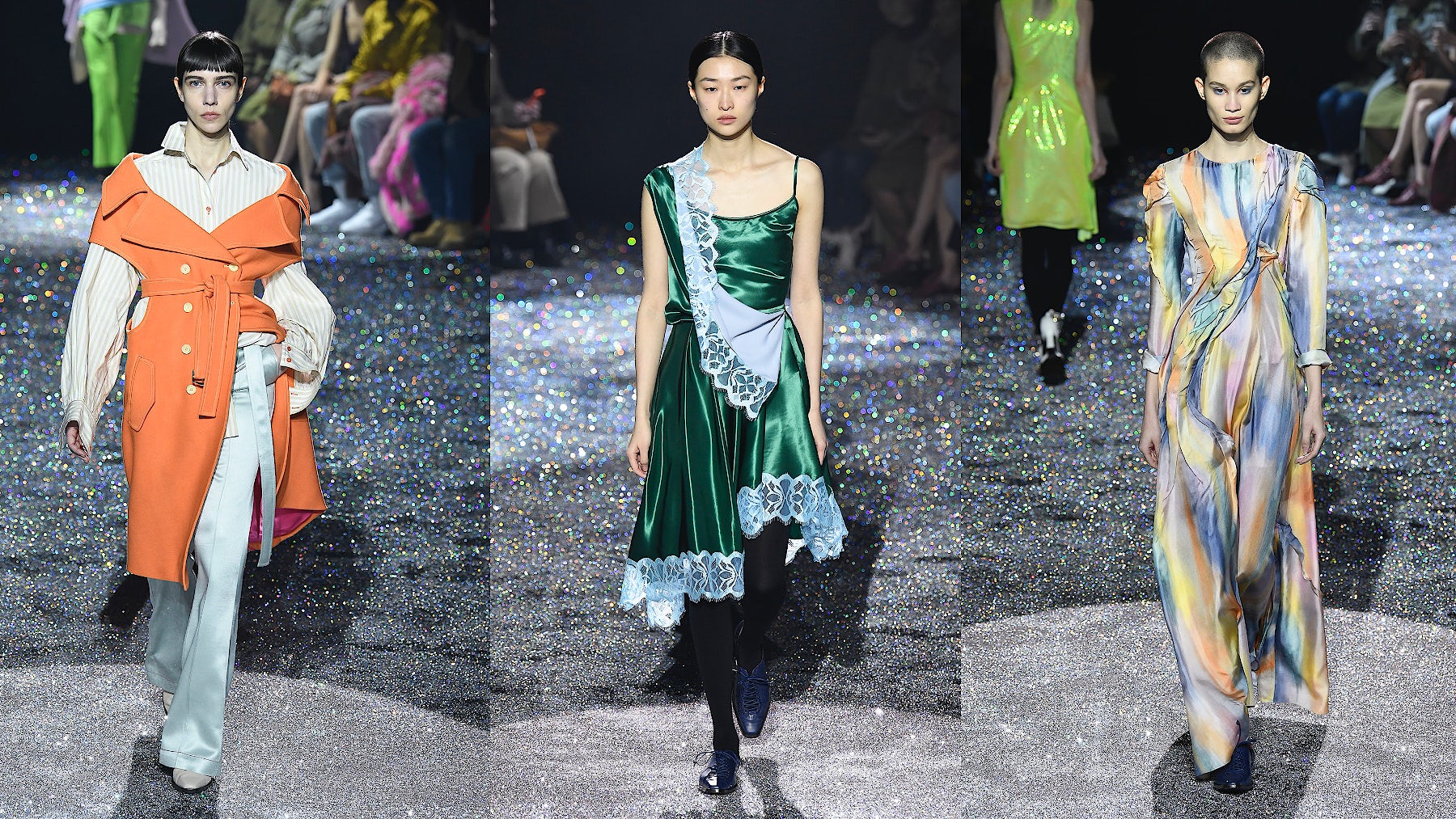 “It needed to be something really beautiful,” he said backstage after the show. But he knew that beautiful alone wouldn’t be enough — plenty of designers offer up a traditional, if one-dimensional, version of that. “Love and a relationship… they can be very challenging. You do things you never thought or expected you would do because you’re giving this person something.”

Lak approached the collection by forcing himself to work with elements he dislikes, like lace and the fluorescent hues that have become a signature but of which he’d grown tired. Other typical totems of femininity like sequins or chiffon were incorporated as a sort of challenged to himself, a way to push himself beyond his comfort zone. Many pieces were certainly beautiful but rarely in a straightforward or expected way, and many warranted a second, sometimes even a third, look.

Shown on a black runway covered in millions of twinkling Swarovski crystals, the collection put a focus on dresses. Early there were boudoir slip-dresses edged in lace in jarring colour combinations — crimson and orange, emerald and cornflower blue — which emitted an edgy verve. Then he moved onto styles that were more worked over, featuring twisting fabric, windswept overlays, or tiers of clashing textiles. One standout juxtaposed a blurry water colour and a disco ball crystal mesh (made in partnership with Swarovski) while another sleeveless shift in fleshy pink could be seen under a sculptural dove grey chiffon shroud. While there was certainly more of a hand-touched element, they mostly avoided feeling overwrought. “It was complicated,” Lak acknowledged, “but it helped me to push further.”

He was more effortless in his outerwear and tailoring, which added a nice counterpoint to the trickier pieces. An acid green suit had shapely, feminine volume while another in navy pinstripes revealed peeks of a lustrous satin lining. Two more, in navy and purple leather, were especially handsome and had strong commercial possibilities. He ended with two pieces covered in frothy, iridescent tulle, leaving the collection feeling considered, joyful and featuring some unexpected thrills.

Prabal Gurung’s collection was rich on jewel tones, pattern, and backstory — about his various travels over the past few months; Jhochhen Street in Nepal, the heart of the hippie trail of the 1960s; the work of the great couturiers like Saint Laurent and Lacroix. But its mix of strong-shouldered high drama, world influences, slouchy streetwear, and ruffled red carpet glam came across as muddled and, at times, costumey. 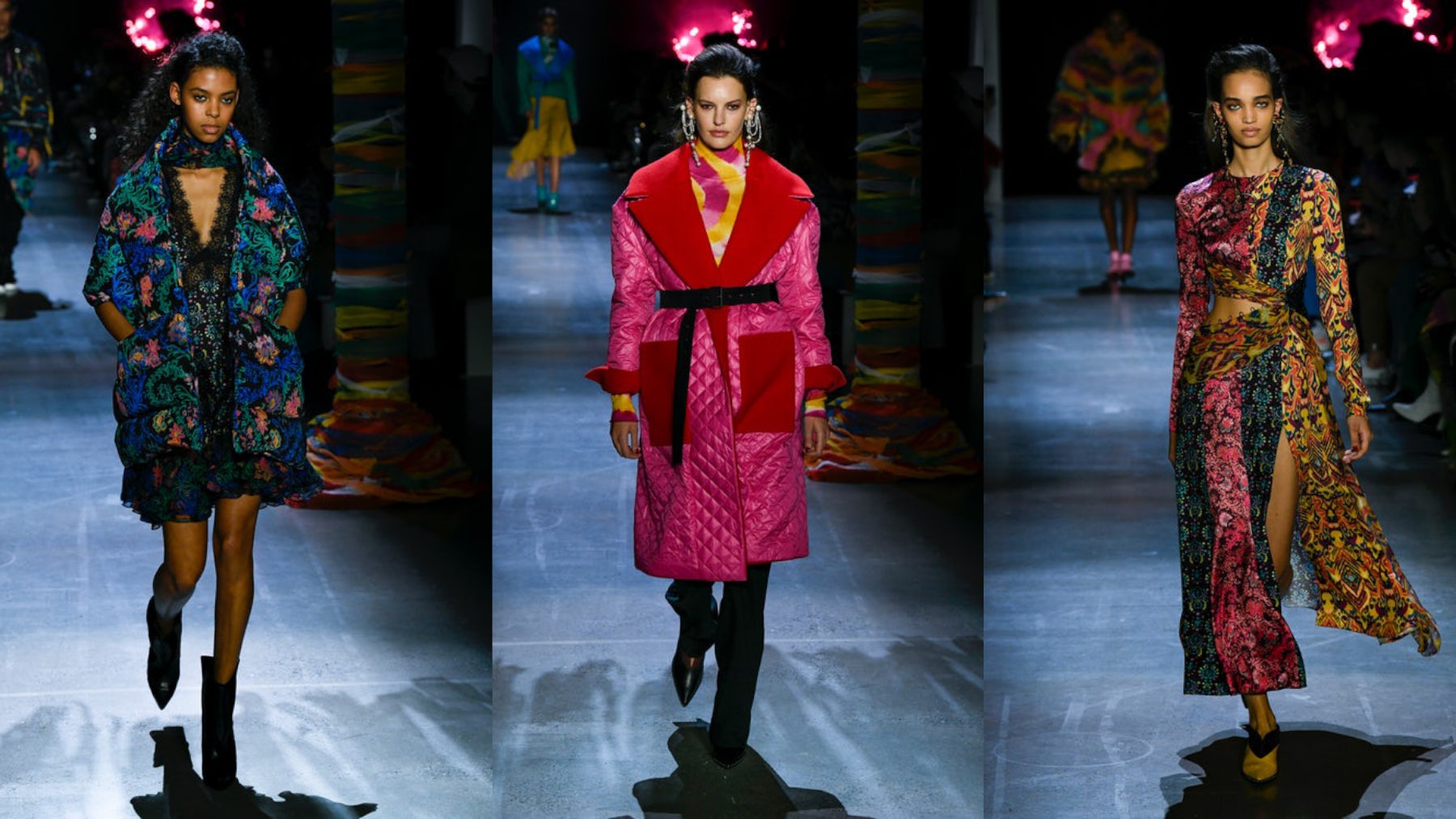 He was at his best at his simplest, like the draped ikat printed dresses in silk that recalled saris or sharp tailoring, for men and women, in candy apple red. Chunky sweaters with swinging fringe were urbane and garments not being offered anywhere else. It’s clear that Mr Gurung is a cultural magpie that has a curious eye. His inquisitiveness has served him before, but this time, the collection bucked under the weight of its own varied influences. Quilted inserts on cargo pants, say, or a floral lurex skirt trimmed in hot pink feathers felt overdone, the ruffles of the final looks edged towards kitsch. You could feel the designer’s enthusiasm, but there’s no need to put every idea onto the runway all at once, especially if they’re only half-developed. Take your time and give ideas some space to breathe and develop, there’s always next season.

Instead of a fashion show or a performance as they’ve done in recent seasons, on Sunday night, Opening Ceremony threw a Lunar New Year party at Hotel 50 Bowery in Chinatown, which included Singaporean food vendors, plenty of free flowing libations, and a full roasted suckling pig, all spread out over three floors. A trio of different parties that cater to niche audiences came together to throw it: Glam, a themed monthly event held at the hip spot China Chalet, the queer Asian party Bubble_T and Gush, a lesbian-focused queer party. Justin Theroux was spotted there, celebrating. 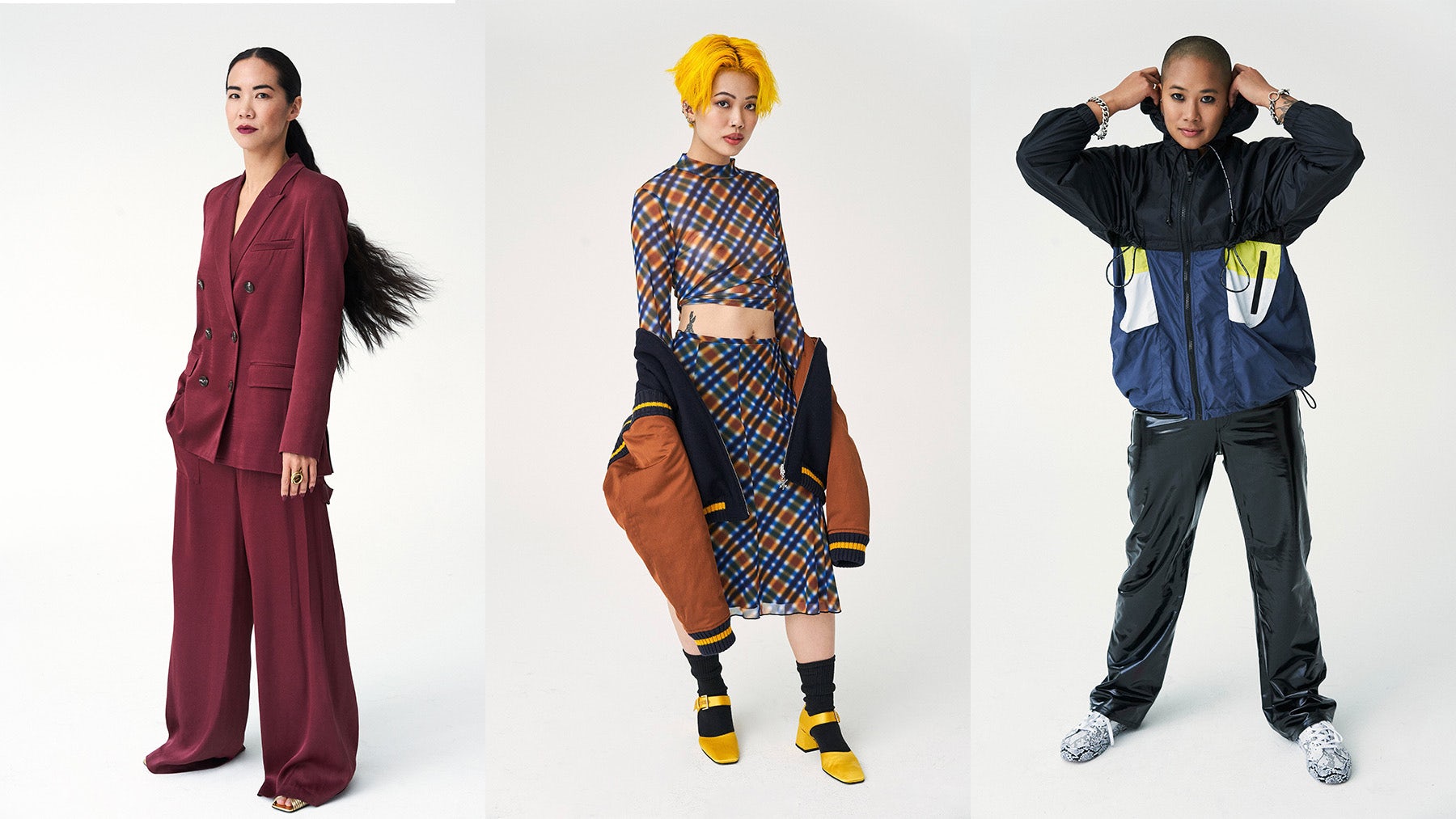 Earlier in the week, OC’s co-founder Humberto Leon previewed the collection and its lookbook, which stars a roster of well-known friends of the brand. “We wanted to reach out within our community to people we respect and love in different fields, and shoot them in our collection,” he said, showing pictures of notable “models,” almost all of them Asian, like designer Anna Sui, playwright David Henry Hwang, Cella Man a deaf, trans, genderqueer model, the very pregnant actress Greta Lee (most recently from the hit Netflix show “Russian Doll”) posing in nothing but a furry jacket. “Curators, architects, some cool kids, a writer,” Leon said of the ragtag cast he assembled. One thing was for certain, they had energy and personality.

As for the clothes, Leon and his team based it on two muses, Anita Mui, an androgynous “Hong Kong triple threat” and Leslie Cheung, known for his work in Wong Kar-wai’s films. “They had this unique friendship,” Leon said. “Growing up, they were two people who really pushed the boundaries as an Asian pop star, a lot of colour clashing. I was always asking my mom, ‘Why are they wearing such crazy colours?’ And she’d be like, ‘That’s what you’re supposed to do! You’re supposed to clash colours!’ My mom was really inspired by them too.”

Bright colours and fun, frivolous styles were the central theme here. Nothing was too complicated, which was a benefit. Highlights were fluorescent knits, silky suiting, patchwork dresses in dark florals or zany stripes, neon sequin skirt-and-top sets, and reversible outerwear (Greta Lee and Waris Ahluwalia, for example, are wearing the inverse version of the same coat). With the straightforward earnestness of the designs and the decision to just throw a party in lieu of any presentation, Leon seemed to be saying the clothes themselves are almost beside the point. He was emphasising a community to surround oneself with and a safe space where one feels welcome. There are few sadder things, after all, than being dressed up with no place to go.