NEW YORK, United States — Fashion brands are increasingly thinking about end consumers as they stage their shows which now appear instantly on Instagram, Facebook and other digital platforms. But behind all the marketing activity, are brands creating products that people actually want to buy?

Derek Lam, for one, seems to design with his customer in mind. This season, his inspiration was Alexander Calder and Richard Avedon, and you could see the former’s influence in the line drawings that were engineered into a black and white viscose knit turtleneck and matching skirt. But forever a modernist, Lam's pieces invariably deliver on this brand promise no matter who or what appears on his mood board. Here, there were subtly puffed sleeves — on a scoop-neck navy crepe dress, a draped fuchsia velvet top or a white dressing gown belted at the waist to restrict volume.

An adult version of the pinafore — a piece with a plunging V-line neck done in double-faced wool and worn over a skinny ribbed turtleneck that rippled at the top — felt as if it was new enough to compel Lam’s clients to buy, as did the collection’s solid lineup of outerwear, including a cognac leather coat with a substantial collar and a diagonal-plaid fur paired with a skinny white belt and witchy white boots. Lam loves a draped, Grecian moment for evening. However, the black tulle gown and silk jersey dress felt out of place when considered with the rest of the collection. What worked better for evening was a series of sequinned cocktail frocks, a jangle-y spin on the hand-crocheted piece Lam proposed for day. 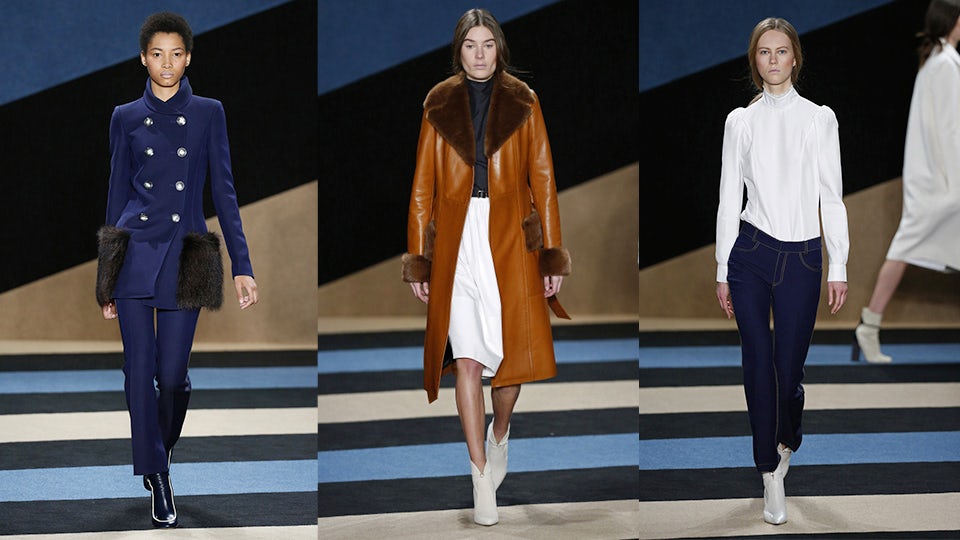 Lam’s best clients undoubtedly buy multiple pieces from him each season. They rely on him. No one relies on Edun, a brand that has been reinvented multiple times in its decade-long existence — at least not yet. What's good is that Danielle Sherman makes clothes that she herself wants to wear, elevated by her exacting treatment of materials.

This season, the designer (and new mother) was inspired by Sharon Beals’ photographs of wild bird’s nests, the black backdrops and layers of random objects serving as a starting point for a number of the season’s prints and textures, including a colourful mohair tweed developed with the South African producer Hinterveld, a photo-print satin featuring a spray of random buttons, and a confetti velour. Many of the fabrics were fashioned into the season’s ribbed-collar tracksuit, which was significantly cinched to create a real hourglass shape. (The designer favours masculine shapes and menswear ideas, so this was her way of incorporating femininity into the collection.) There was a hand-done feeling to many of the details, like fluro whipstitching on a windowpane check shawl, unravelling pinstripes on a raw-edge slip dress and randomly sized buttons down the front of a knit. Those flourishes matched nicely with the shoes, a creeper-brogue combination made sleeker by taking out the tongue. 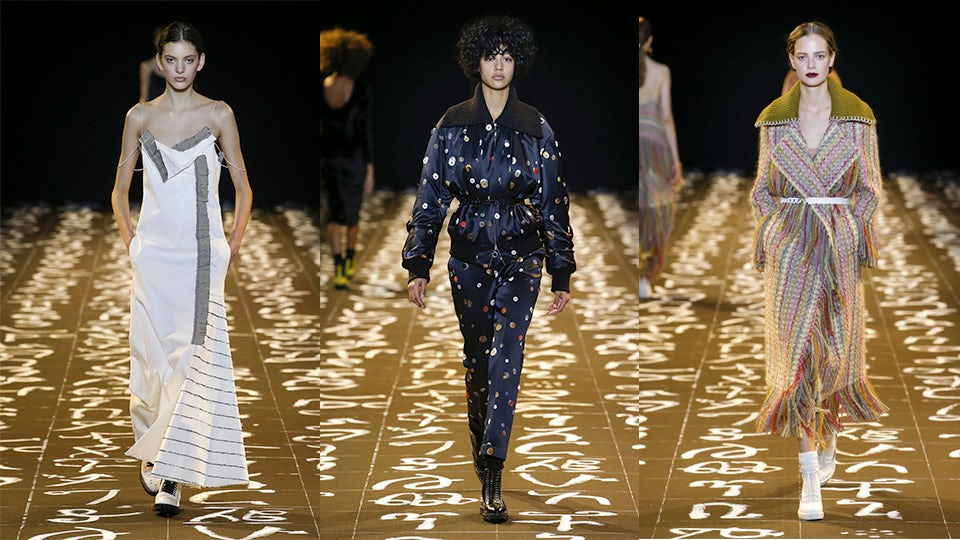 Carol Lim and Humberto Leon have a clear understanding of their target audience. “Girls who are age-wise younger and older, but possess the same spirit and mentality,” Leon said before the show. “You’re youthful but you’re not necessarily trying to be young.” This season, the aspiring Chloë Sevignys of the world were treated to a modish collection inspired by the work of “visual futurist” Syd Mead, whose flying cars and hovercrafts were used in the classic science-fiction films Blade Runner, Aliens and Tron. The set was a true homage, with a Mead image serving as the backdrop and supersized balloons shaped like his space-age vehicles suspended from the ceiling. (Leon said they were sourced from a vendor in New Jersey.) It’s obvious the designers have a lot of fun crafting these sorts of installations: they still feel very inventive, and not over produced. 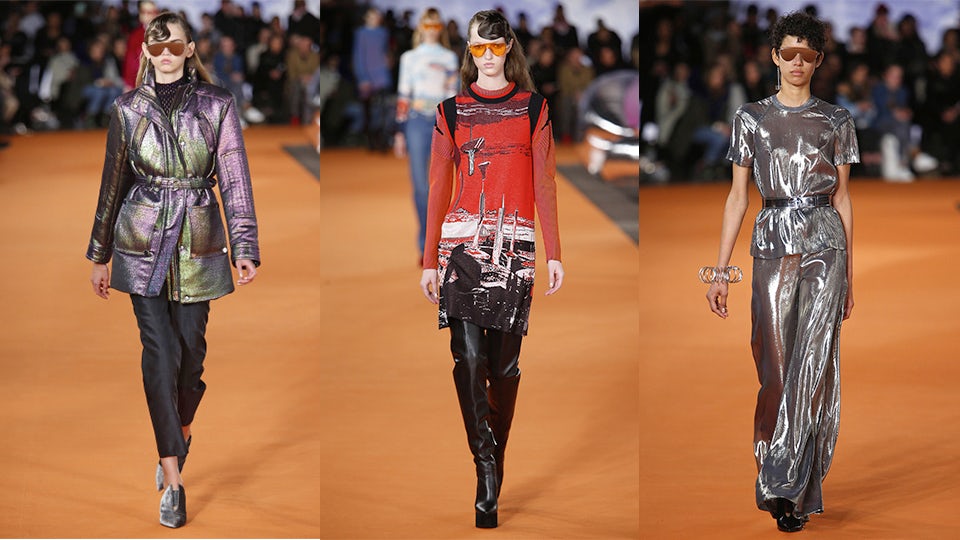