MILAN, Italy — Has fashion gone back to normal? Almost.

At least that was the impression I got at the Paris men’s fashion week that closed yesterday. I mean this in a completely positive way: the dedication to creativity in the face of Covid-19 was inspiring. Practically everybody had a collection ready to be shown, itself a significant achievement. Truth be told, by the time lockdown came, men’s design studios were already bubbling with their first ideas. But turning these ideas into clothes was no small feat. Necessity is the mother of invention, as they say.

These were no normal collections, however. Designers are human beings, not emotionless machines. Anxiety, insecurity, fear… these feelings affected everyone during the hard months of confinement. They still do, actually. For this reason, as well as practical business considerations, most labels reiterated their core aesthetic codes. This was not a season of ruptures or unprecedented turns. No explosions of madness to compensate for the grimness out there. Designers stuck to their guns and their patterns, reissuing new versions of successful styles, while throwing in something new here and there for good measure.

It worked. If the current crisis has taught us anything, it is that new for the sake of the new is just a PR stunt; that the urge for senseless change is a toxic marketing trick. Good ideas stand the test of time and are the most powerful source of sustainability despite the blah blah on environmental responsibility from brands that simultaneously push new, new, new. 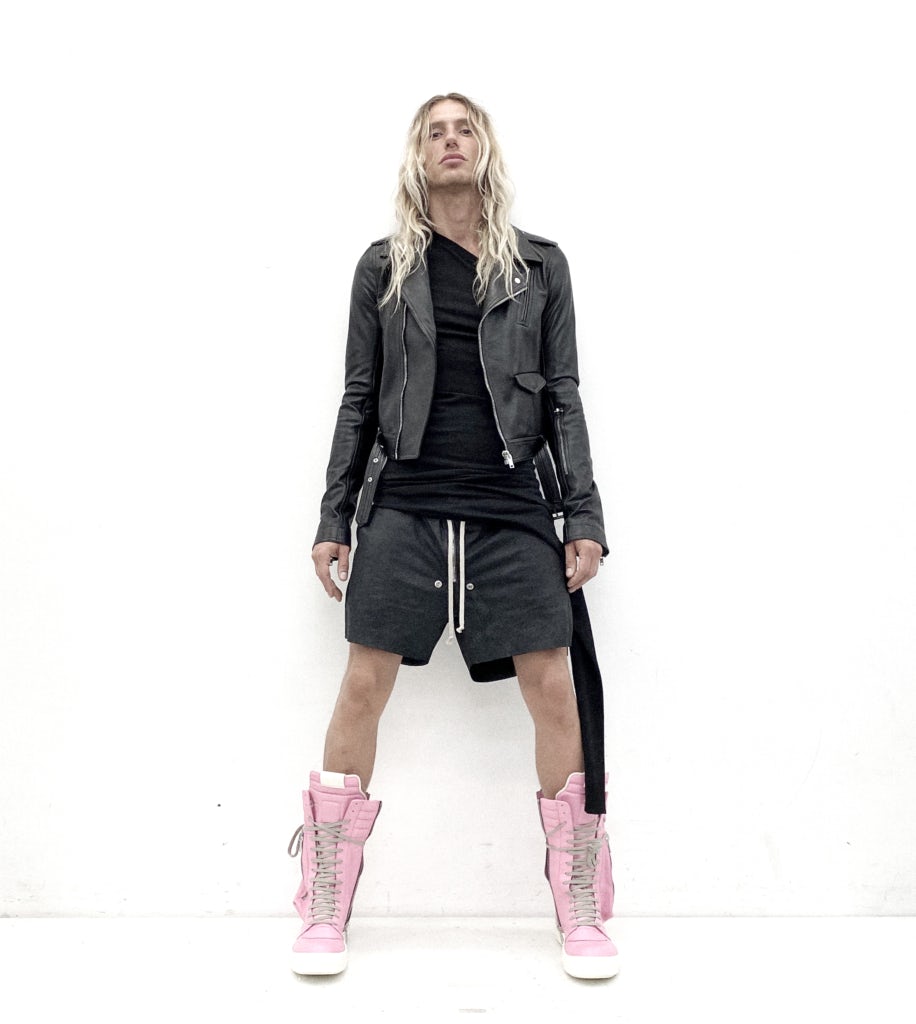 The best collections looked quite familiar, with a twist, and as such had a soothing effect. They were the same, but different. Indeed, the season had the feeling of a charming déjà vu, from Yohji Yamamoto’s brooding mauvais garçon deconstruction to Hermès’ five-star-luxe nonchalance; from Y-Project’s intricate multi-purposeness to Rick Owens’ blend of broad-shouldered tailoring, slinky knitwear, hard lines and grungy sleaze; from Lanvin’s sharp yet soulful romanticism to Mihara Yasuhiro’s beautiful chaos; from GmbH’s multicultural clash of athleticism and elegance to Botter’s playful precision. At Kolor, Junichi Abe went as far as replicating the mood of a collection he did in 2011, adapting it to this moment. On the many virtual catwalks, it was like seeing an old friend, discovering the friend has not changed and is, well, still a good friend.

Fashion-wise, there was not much new to register. Kiko Kostadinov was the exception that confirms the rule: the collection was crazier than usual and charming in its costume-y references. But elsewhere, in its freewheeling and trendless variety, men’s fashion proved as liquid, urban, uncontrived and slightly sartorial, in a street-worthy kind of way, as it has been in recent seasons.

But this was a fashion week that took place in virtual form, on a website, through videos. As such, it was an interesting experiment in how fashion and film, as creative mediums, can align or maybe clash, in order to amplify the fashionable content, divert it and expand it, sometimes by almost pornographically focusing on the clothing, sometimes by virtually erasing it in favour of a mood or a story. The format was democratic in a way: all designers, either big or small, had to play the video game, and sometimes a smaller production proved better than a big one.

Ever since Nick Knight launched SHOWstudio in 2000, we have witnessed the rise of fashion films, a medium that social media helped to propel. But unlike fashion photography, fashion films are far from having found a rulebook or a defined form, which makes the territory very exciting to explore. From a commercial slideshow to a purely atmospheric vignette, everything and anything can work, and all the better for that. And yet, evaluating an animated look book like Yohji Yamamoto’s and considering the footage of a fitting à la Rick Owens are entirely different activities. Ditto enjoying the blotchy psychedelia of a guy playing imaginary drums offered by Dries Van Noten. The medium, here, truly matters. And yet I, as a critic, found it hard, sometimes, to adapt my parameters to what I was seeing. 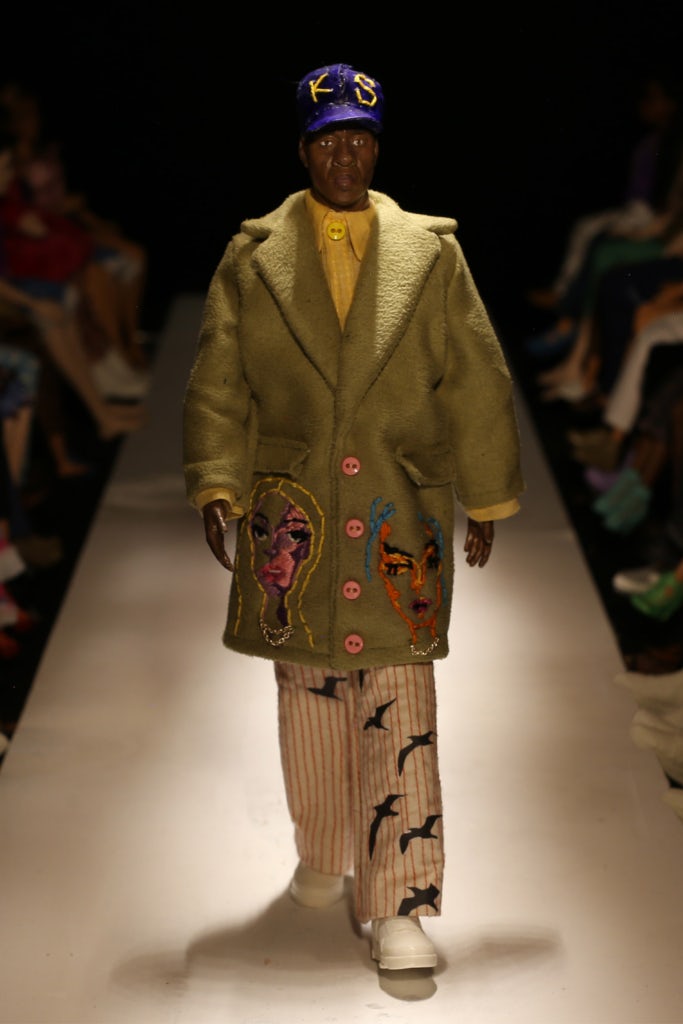 Was I supposed to evaluate the video or the clothing? The two were typically served up together and sometimes the videos worked to highlight the fashion. An animated catwalk show made KidSuper’s vision shine in the catchiest of ways. Other times they stood alone. GmbH made a different kind of statement, showing a video by artist Lars Laumann: Season of Migration to the North.

The lack of any visible fashion content amidst the super eye-catching, amusing animations in the Louis Vuitton ‘message in a bottle’ extravaganza actually made for one of the Virgil Abloh’s best efforts for the French luxury behemoth so far: one that felt true to the youthful, inclusive reinvention as well as to Abloh’s skills in setting a mood rather than designing groundbreaking pieces. It was all very funky and very charming, and the rest will be shown with wandering mini shows across the world. On the same wavelength — video mood board, something eye-catching — were many, big and small, from Aldo Maria Camillo to Davi Paris.

What honestly did not work were videos offering audience-less shows: too cold, and frankly too boring. And yet, clothing needs to be seen in movement, walking. There is a reason why the runway has cemented its appeal over the decades as the way of presenting new styles. But how to translate this into a dynamic and narrative form on video?

Kudos to Études, which collaborated with director Gregoire Dyer on one of the best visual experiments of the season. It was a fashion show, but not a fashion show: a cinéma verité-style, seamless long shot with the camera following a bunch of characters as they strolled through the 20th arrondissement of Paris. Each character was the protagonist for a while, until the camera fluidly turned to follow another. It was an original piece of filmmaking. Juun J and Sulvam both chose their cities — Seoul and Tokyo, respectively — as the backdrop for their videos, but somehow the stylistic choices felt a bit more predictable. And at Hermès, the idea of filming the backstage action was energizing. It captured the chaos and transformed it into pure fuel, highlighting the required lightness of the collection. 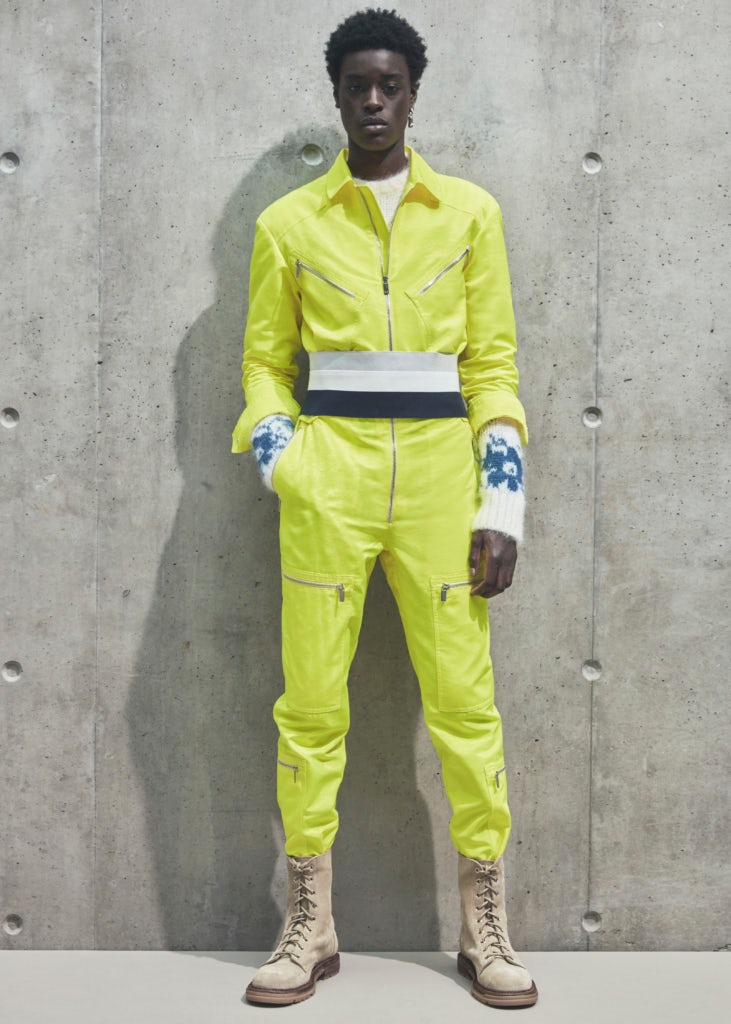 The dominant narrative of the season was definitely centred around process, and it is not hard to understand why: showing the process satisfies curiosity and creates an intimate bond with the viewer. At Dior, Kim Jones offered it quite literally in twin videos focusing on Vienna-based Ghanaian painter Amoako Boafo in the first part, and in the Boako-inflected collection in the second. And yet, the colourful and emotional intensity of the artist’s paintings made for something a bit formulaic, if immaculately executed, clothing-wise. 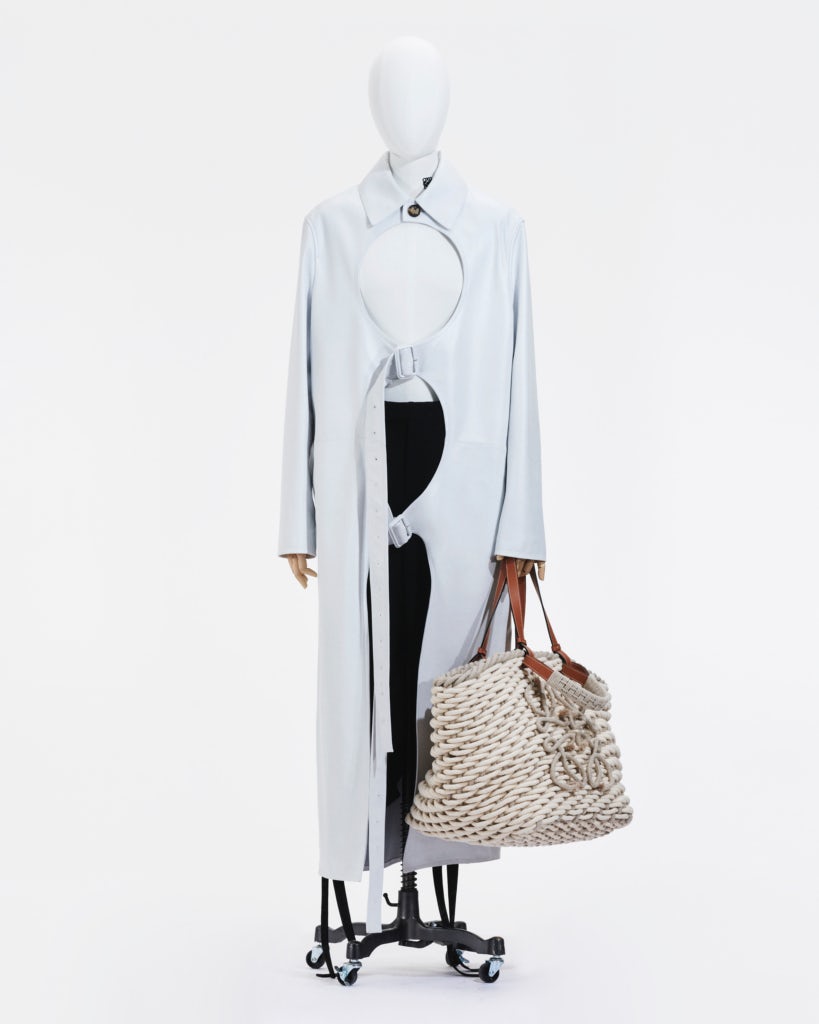 At Loewe, Jonathan Anderson focused on the process, too, which he served in an archive box — the most analogue yet tactile of solutions — delivered directly to the door of each ‘attendee.’ More mini-museum than théâtre de la mode, the ‘show in a box’ concept was definitely the highlight of the season format-wise: as fiercely non-digital and yet as captivating as it possibly gets. Sure, it came accompanied by 24 hours of interviews, talks and concerts on the web, but truth is the fashion was revealed exclusively through the box, and it was a joy. Boxed silhouettes, color cards, texture cards and even a pattern, plus silhouettes of members of the team, all rendering brilliantly elements that go into a collection. It was like being inside a show, while still at home, creating the kind of connection we are all truly missing.