Bucking the maximalist trend that’s everywhere this season is a posse of offbeat purists that includes Milan transplants Damir Doma and Arthur Arbesser.

Bucking the maximalist trend that’s everywhere this season is a posse of offbeat purists that includes Milan transplants Damir Doma and Arthur Arbesser.

MILAN, Italy —  Maximalism and hyper-decoration are all the rage in Milan this season. Mash-up, pile-up, the weirder the better. Not for everyone though. The posse of offbeat purists is small but powerful. Damir Doma is among them. Since he decamped from Paris to Milan a little less than one year ago, Doma has found a new voice: emotional and soulful, but with a tougher, raw energy.

The collection he presented on Sunday — in a vast gallery to a ravenous soundtrack that washed over a wonderful collection of street-cast models walking over an arrangement of worn-out carpets — was one of his best. You could see his love for deconstructed tailoring merge with his quest for an androgynous, poetic kind of femininity to form a cohesive message with beautiful clothes to match. The thick jumpers layered over satin slip dresses were particularly noteworthy, and so to the voluptuous, voluminous coats. Minimalism has never been so vibrant and so warm. 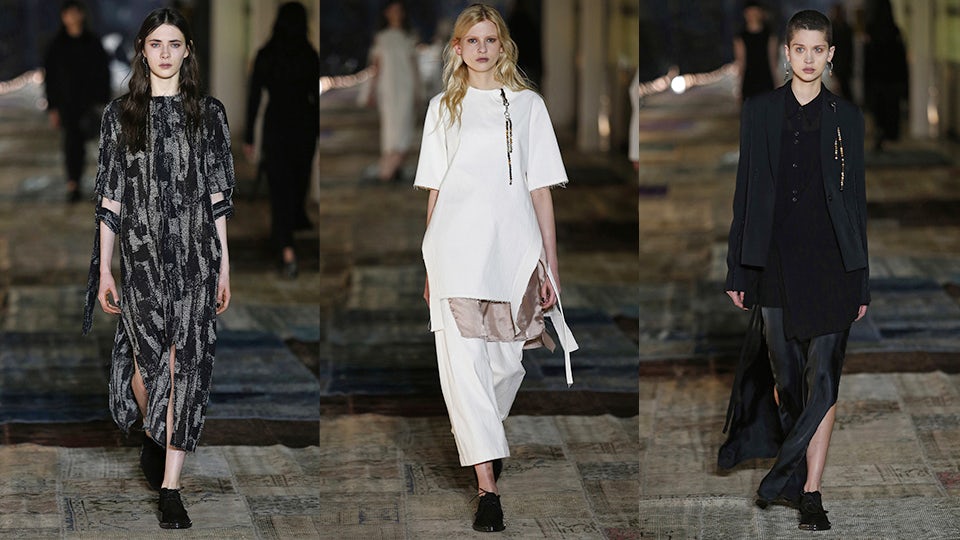 Vienna-born Arthur Arbesser, another transplant to Italy, is a purist of a wholly different nature: dry and slightly twisted in that charmingly brainy Austrian kind of way. He loves uniforms, angular cuts and noble materials mixed with frankly odd ones. The show Arbesser presented yesterday in a tiny garage put him back on track after last season's rather unconvincing romantic detour.

Setting aside the press notes, which cited artist Paul Borremans and his method of decontextualisation as inspiration, the show was an interesting conceptual and sartorial exercise in deconstructing and altering the uniform. That meant mean tailoring, skirts sliced into aprons, metallic touches and the odd shot of saffron velvet. At times the styling was a tad heavy, but a green loden coat of perfect proportions was an indicator that Arbesser's own brand of twisted classicism has lots of real life potential. He's here to stay. 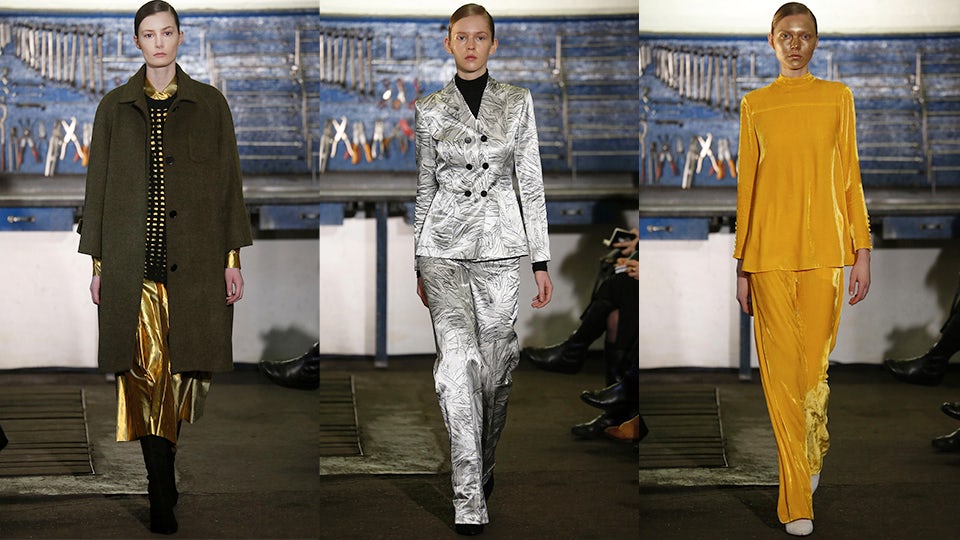