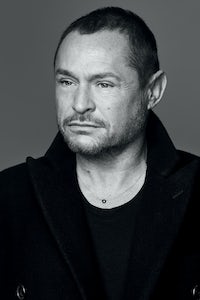 The former creative director for Estée Lauder and Shiseido makeup began his new role at the L’Oréal-owned brand on January 1. Pecheux succeeds Lloyd Simmons who left the company after six-and-a-half years.

In his new role, Pecheux will help develop new products and create makeup looks for YSL Beauté campaigns, as well as serving as an ambassador for the brand. Pecheux, who created the runway makeup for the debut of new Saint Laurent creative director Anthony Vaccarello in September, will continue to create beauty looks for the brand’s shows and work with other designers.

The decision to appoint Pecheux — who has created runway and campaign looks for Chanel, Prada, Givenchy and Ralph Lauren, among others — is part of an ongoing strategy to reposition YSL Beauté in the luxury beauty marketplace.

“Tom is definitely one of the most talented and famous makeup artists in the world today, with a brilliant career path,” Stephan Bezy, international general manager for YSL Beauté told BoF. “He is someone that we have been following for many years and the opportunity came, so we wanted to make sure it happened. He’s a very charismatic personality and a very talented guy and charming so I think there were all these reasons that built that very strong connection.”

YSL Beauté is run by a group of people that I really like and that's very important for me because it’s like getting married.

For Pecheux, a connection with the brand was crucial. “YSL Beauté is run by a group of people that I met and I really liked and that was very important for me because it’s like getting married,” he says. “Whenever you sign a deal or you sign a contract, it had better be with people you like. I like what they have been doing for the last couple of years and it’s totally worth it, to give it a try and hopefully to make it succeed and be successful.”

Pecheux’s appointment comes amidst growing demand for premium makeup. In November, L’Oréal reported that sales in the third quarter of its financial year rose by 5.6 percent, beating analysts’ estimates, causing shares to jump to their highest level in nearly seven months. Sales in L’Oréal’s luxury unit were particularly strong, up 9.3 percent on a like for like basis, helped in part by strong demand for its high-end brands in North America.

“We are always looking at those new technologies that we can mix with our products and offer very new and fresh experiences. And definitely, all the social media and digital innovation, it's very important today and we are looking at it. We are not the only ones,” he continues. “The arrival of Tom will be a new chapter and we expect it to be an acceleration in the success path of YSL Beauté.”

Behind the Business of Beauty Dupes