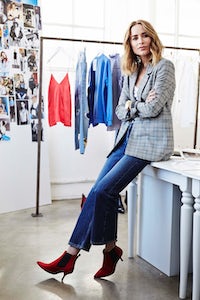 LOS ANGELES, United States — Brand loyalty has never been tougher to attain in a world of increasing choice at every price point and immediate access driven by e-commerce. But Danish model-turned-designer Anine Bing bucked the trend by building a brand that does more than simply transact with customers.

Part of Bing’s success is her ability to build genuine communities around her brand, which includes listening to direct feedback and observing conversations between fans. Now, investors are putting their faith in Bing’s vision. The Los Angeles-based label has closed $15 million in a Series A financing round led by Index Ventures, Greycroft Partners and Felix Capital.

“We love the fact that Anine and [husband] Nico started Anine Bing from their home by designing the clothes themselves and featuring them on Anine’s Instagram account,” said Frederic Court, founder and managing partner at Felix Capital, which also invests in Farfetch and Goop. “We seek to partner with entrepreneurs who build brands that inspire people, that are based on communities and are authentic.” 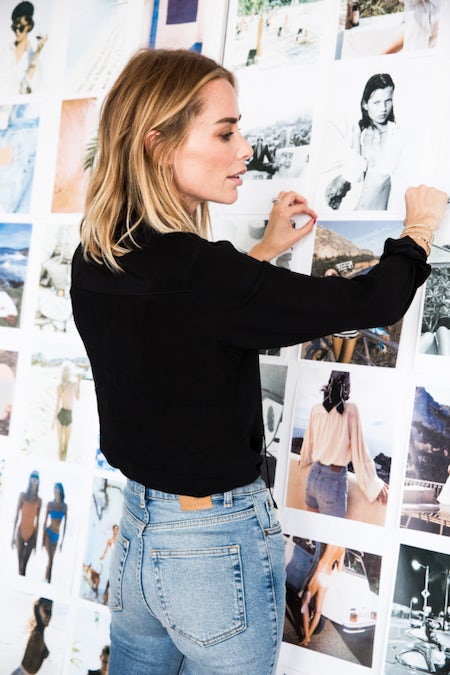 Launched out of Bing’s home as an e-commerce site in 2012, the company’s trend-driven product is inspired by the style of its namesake founder and creative director, who counts over 600,000 Instagram followers and a celebrity cadre that includes Kendall Jenner, Alicia Vikander and Jennifer Lawrence as well as Bella and Gigi Hadid. Bing capitalises on that by operating a “see now, buy now” model: If she is wearing something on Instagram, her fans can buy it too.

With bestsellers such as vintage graphic tees, from $99, and black patent stiletto boots, $399, Anine Bing has been doubling its revenue year-over-year since launch, with online traffic growing in line — the brand saw new customer growth of over 50 percent in June 2018 — and aims to double its business by 2020. But could Bing be at risk of running into the same difficulties as Nasty Gal, another LA-based brand with similar beginnings?

Nasty Gal grew swiftly from a vintage eBay shop, launched by Sophia Amoruso out of her bedroom in 2006, to a booming online retailer where sales rocketed 10,160 percent between 2008 and 2011, making it one of the fastest-growing retail companies ever. In 2012, the company reported revenues of over $100 million and raised $49 million from venture capital firm Index Ventures, an early investor in Asos and Net-a-Porter.

However, Nasty Gal fell on hard times and filed for Chapter 11 bankruptcy protection in 2016. According to industry sources, part of its downturn was expanding and hiring too quickly. Others cited a “toxic” work environment that resulted in several wrongful termination lawsuits. Meanwhile, Amoruso had emerged as a celebrity, complete with her own agent and personal publicist, which some sources say was a roadblock.

Bing is cautious not to fall into this trap. “The funding is intended to fuel a carefully considered growth strategy," she said. "My ambition has always been to build something that will last; this goes for the clothes we’re producing and for the team behind the brand."

If she is wearing something on Instagram, her fans can buy it too.

One key difference between Anine Bing and Nasty Gal is that while Bing has remained focused on the product, Amoruso became interested in other pursuits such as the #Girlboss media platform, created in response to the success of her 2014 memoir of the same name, which was also adapted into a Netflix series that aired in 2017.

Another area that Nasty Gal has struggled with is quality. While the strength of Bing's brand is its speed-to-market, the designer also has a better handle on production. "With our product [we are] not afraid of testing boundaries," said Bing. "With that in mind we have taken a 'brand first' approach, meaning that everything we do from small to large decisions always has to add value to brand."

The new investment will be used to grow the company’s physical presence: the brand, which currently has eight retail stores worldwide, opened a second store in New York in 2018 and will launch its second LA store this September. There are also plans to open stores in London and Sydney by the end of 2019.

“Opening stores in new territories means there will be some new insights along the way,” she said. “However, we are making use of the data and also checking in with our community along the way to make sure we have traction in markets before we open a new door.”

To support its growth, the company has tripled its employee base over the past two years (there is now a team of 51), including the recent hires of Paul Courell as chief financial officer and Jacob Rokeach as vice president of e-commerce and growth.

“We are all ambitious...to make Anine Bing one of the most influential womenswear and lifestyle brands of its generation, but we take a 10-year view," said Felix Capital’s Court. "They have already done a lot with a little and established a strong DNA... it takes time to build a brand.”