PARIS, France — Fashion just wrapped another Cruise season, the time of year when the world’s biggest luxury brands try and outdo each other with splashy marketing events made for Instagram. In recent weeks, however, their once-quiet corporate parents have been almost as vocal, rolling out a series of headline-making, spotlight-stealing initiatives.

Just in time for the Copenhagen Fashion Summit in mid-May, Gucci parent Kering announced that it would no longer work with models under the age of 18; that it would develop stricter animal welfare standards across its supply chain; and that it would aim, on behalf of French President Emmanuel Macron, to form an industry coalition to set new climate goals ahead of August’s G7 summit. Then, later in the month, at Cannes, the French luxury conglomerate hosted its fifth-annual Women in Motion event, which honoured actresses Gong Li, Elle Fanning and Nadine Labaki, among others.

Arch rival LVMH, while more subdued, has also unveiled a string of corporate programmes in recent weeks, including a biodiversity initiative with UNESCO. The group also dominated the conversation at French conference Vivatech, where it announced the winner of its innovation prize. At the same time, it made headlines for what it wouldn’t do: notably, the company said it would continue to work with models aged 16 to 18, and that it would not join the climate coalition being organised by Kering.

A decade ago, these groups were decidedly less chatty, preferring to let their brands do the talking. So, what propelled the shift?

For Kering, a 2013 rebranding signified its transformation from a company made up of disparate businesses to a luxury-focused apparel and accessories group, kicking off a new wave of corporate communications. LVMH's evolution has been more gradual, and its communications therefore steadier.

But while specific factors may have help shaped their own strategies, the primary reason for the change is a universal one: the internet, of course.

“With the digital age comes forced transparency,” said Justin Peters, executive creative director at Carbone Smolan, the independent agency behind the rebranding of US-based group Tapestry, which owns Coach, Kate Spade New York and Stuart Weitzman. “The fact that information is at everyone’s fingertips, whenever they want it, means that the onus on companies to actually back up when they say.”

A large majority — 86 percent — of Americans say that “transparency from businesses is more important than ever before,” while 81 percent believe social media has increased accountability for businesses, according to a 2018 report from social media solutions provider Sprout Social. But shoppers increasingly want to know as much as they can about the corporations they’re buying into and not just the consumer-facing brands they're buying.

“There is tremendous demand from consumers to feel assured that this is a good company,” said Leslie Gaines-Ross, chief reputation strategist at global communications firm Weber Shandwick.

Fashion and luxury groups like Kering and LVMH, alongside PVH and Tapestry in the US, are taking cues from consumer-packaged goods companies such as Procter & Gamble (P&G) and Unilever, which were early to identify the shift in behavior and have been using corporate-level branding to communicate key messages about their values for at least a decade. P&G’s “Thank you, Mom” advertising campaign, developed by global agency Wieden + Kennedy for the 2010 Olympics, united what then consisted of 34 unique brands “under one brand voice.”

Fashion companies have since begun offering more specifics around how they operate, including detailed financial, environmental and social responsibility reports. They have also refined their corporate identities. (In March 2019, Kering unveiled a new corporate website as slick as any of their brand’s.)

Yes, these upgrades are aimed at consumers and investors. But corporations are also using branding as an employee recruitment and retention tool, as younger generations entering the workforce have different workplace expectations than their predecessors. Now, corporations must communicate their values in order to attract in-demand talent.

“The one big thing every corporate brand has to consider is, ‘How do we work, how do we behave, what are our attitudes?’ Culture is important,” said Mats Urde, an associate professor at Lund University and co-creator of the Corporate Brand Identity Matrix, presented in January 2019’s Harvard Business Review. “Part of the value proposition and the positioning of a corporate brand is the people behind the brand.”

When deciding whether they want to join a company, the majority of young people say that they care a "great deal" or "fair amount" about the diversity of an employers' workforce — taking into consideration age, gender and ethnicity — according to a 2010 Deloitte survey of more than 13,000 millennials.

The rise of online activism and "watchdog" culture has also made companies more vulnerable to public criticism, making a clearly articulated set of values useful when things go wrong.

“When you experience a crisis, you’re able to easily explain what you stand for and what your values are,” Gaines-Ross said. “You can say that the incident goes against your values and that it should not have happened.” If a corporation has been vocal and straightforward about its values in the past, an apology might be more convincing in the present. 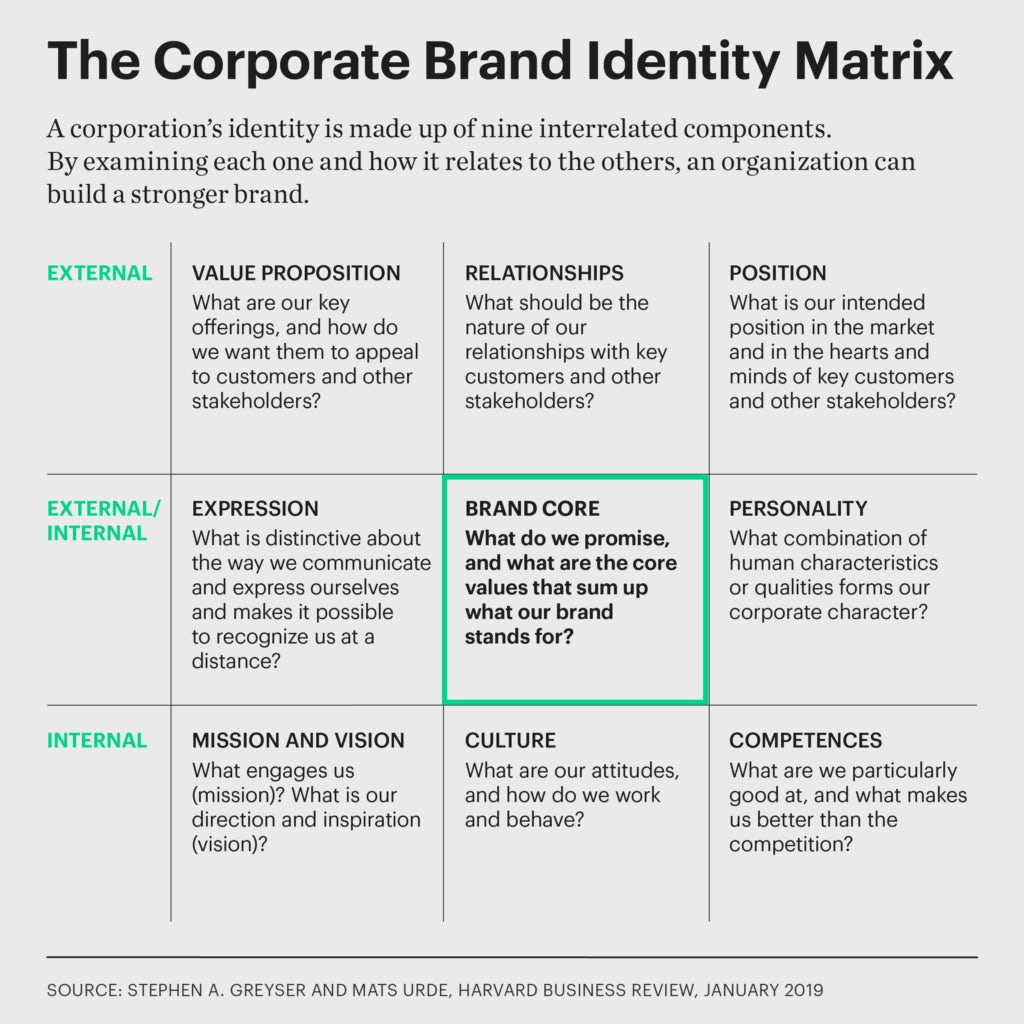 But while corporate-level branding is becoming more popular, it’s particularly challenging for fashion groups comprised of individual brands that also need to stand apart. It can be a tricky balance to strike, Urde said. This is especially true for LVMH, which owns more than 70 brands across different categories and price points. Many of its brands are in competition with each other and need their own points of differentiation.

“If you think about the more traditional fashion companies, in the past it’s been more about a collection of brands and not about a unifying set of principles,” Peters added. “They’re starting to look at who they are — those foundational truths — and trying to uncover those again.”

Why Did PPR Change Its Name to Kering?

As Branding Evolves, What's a Logo Worth?