Crevoiserat has served as the group’s interim chief since Jide Zeitlin resigned amid misconduct allegations in July. 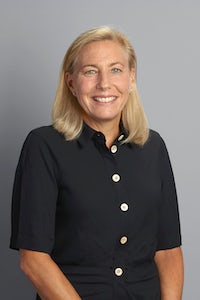 Crevoiserat has served as the group’s interim chief since Jide Zeitlin resigned amid misconduct allegations in July.

Crevoiserat has held down the top job at the Coach, Kate Spade and Stuart Weitzman owner on an interim basis since July, when Zeitlin resigned amid misconduct allegations.

His sudden exit raised fresh questions about the company, which was struggling even before the pandemic to realise growth ambitions.

Three years after its acquisition, Kate Spade continues to be a particular challenge: the brand’s attempts to update its colourful, retro identity have alienated its core customers without attracting new ones, according to comments from Chief Executive Officer Liz Fraser on the company’s most recent earnings call.

Zeitlin had only stepped into his role last September, taking over from former Chief Executive Victor Luis, who had struggled to realise ambitions to build an accessible luxury powerhouse to rival European conglomerates. Luis’ departure came just weeks after Tapestry cut its full-year earnings forecast and reported Kate Spade continued to lag. Zeitlin had focused on unifying the group’s backend operations to cut costs and investing in areas like digital.

But he resigned under a cloud of scandal amid media reports of a board investigation into his personal behaviour that predated his time at Tapestry. He allegedly posed as a photographer using a false name to lure a woman into a romantic relationship, according to The Wall Street Journal.

In an unusual move, Zeitlin later elaborated on his departure in a post to his personal Linkedin page, saying that he had stepped down as a result of another journalist’s investigation into a decade-old allegation of misconduct. The relationship with the woman, he wrote, “began and concluded 13 years ago” and “had nothing to do with my role at Tapestry.”

There’s also been turnover elsewhere in the group: Kate Spade, Stuart Weitzman and Coach all saw leadership changes over the past year.

As the company’s third chief executive in the space of a year, Crevoiserat has a challenging road ahead. Tapestry has been in the red for most of 2020 as a result of the pandemic, though it reported a smaller-than-expected loss in its most recent quarter and said it had returned to growth in China. First-quarter results for the 2021 fiscal year are expected Thursday.

Crevoiserat previously served as the company’s chief financial officer and was Kate Spade's interim CEO from December to March. Her career has spanned some of America’s biggest retailers, including Kohl’s and Walmart. She joined Tapestry in August 2019 from Abercrombie & Fitch Co., where she served as executive vice president and chief operating officer during a transitional period for the teen retailer.

She’s already announced a strategy to improve margins at Tapestry by cutting headcount and investing in data analytics and digital distribution. The plan is estimated to save $300 million in gross expenses.

What Trouble at Tapestry Says About American Fashion