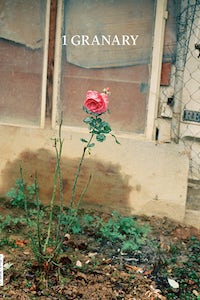 LONDON, United Kingdom — 1 Granary began as an unofficial Central Saint Martins student magazine in 2012, and has since grown into a global fashion and art platform for four major fashion schools: Central Saint Martins and the Royal Academy of Arts in London, Parsons in New York and Royal Academy of Fine Arts in Antwerp. Currently, its London showroom is host to the work of more than 60 designers, acting as the intermediary between inexperienced graduates and industry professionals. Now, the publication is to launch VOID, a new project to support emerging designers around the world.

“VOID is an accumulation of all the projects that we have done at 1 Granary throughout the years, from the magazine to the showroom we opened two years ago, where our work with designers became much more intimate and substantial,” said Olya Kuryshchuk, who started 1 Granary as a student at Central Saint Martins. “We realised that it’s one thing to work with designers as press — spotlighting and promoting their work — and another thing to actually help them when they are starting their brands, or trying to find jobs.” 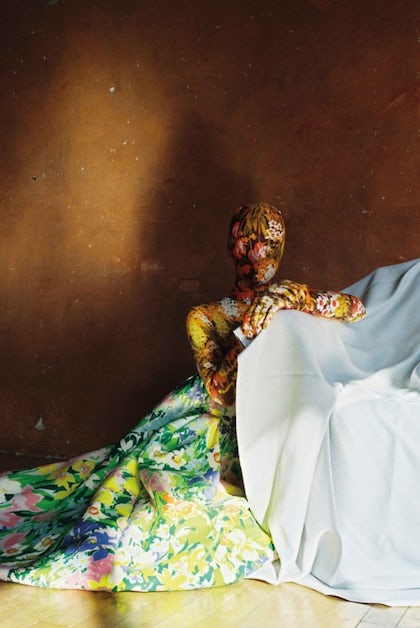 According to Kuryshchuk, the biggest challenge young designers face is replicating the operations of bigger brands from their very first season. “There’s little space for alternative ways to produce, present and sell fashion,” she stressed. “With VOID, we hope to not only support the creatives we work with, but also get a conversation going about these topics that concern emerging designers.”

Each of the collaborations will be showcased in the 502-page fifth issue of 1 Granary, which also includes in-depth interviews with Alistair McKimm, Cathy Horyn, Terry and Tricia Jones, Jefferson Hack and Olivier Theyskens, and is supported by brands such as Gucci, Jil Sander, Ports 1961 and Givenchy. The collaborations will be on display in a free exhibition space at 180 The Strand in London from 24 to 27 November, during which 1 Granary will also host educational talks, events and workshops as part of VOID. The concept will then continue at Red Hook Labs in Brooklyn, New York in January (with a wider selection of designers from Parsons, RCA, CSM and Antwerp) before travelling to Montreal, Milan and Shanghai. The ambitious tour is partly courtesy of support from established industry leaders, such as KCD, publisher Jefferson Hack, writer Jo-Ann Furniss, agent Jimmy Moffat and The Store Studios.

“We approach our relationships with young designers with a 360-degree vision,” said Kuryshchuk, who has known many of the designers since their college days. “We hope to show them alternative ways of operating, to not follow the crowd blindly, and to open their eyes to different opportunities.” 1 Granary remains a not-for-profit venture, but Kuryshchuk is keen to develop 1 Granary into “a sustainable business long-term”. “This is naturally aligned with our philosophy that the trend of free labour in the industry should come to an end.”

Willy Vandeperre: 'Youth Is an Emotion. Youth Is the Breaking Point.'