LOS ANGELES, United States — “In life, it’s really important for things not to come super easy for you — to accept that challenge, embrace it and roll with it,” said Serena Williams on stage at BoF West on Friday afternoon. The champion athlete, fashion entrepreneur and investor addressed an audience of more than 400 industry leaders and guests inside Westfield Century City Mall's open-air atrium at The Business of Fashion’s second annual West Coast summit, presented with principal partner Unibail-Rodamco-Westfield and associate partner Affirm.

Williams’ attitude towards overcoming obstacles was likely shared by many of her fellow entrepreneurs in the audience, who are also building brands in the fashion and beauty industries during an era of unprecedented competition. The internet and social media platforms have made it easier than ever before to start a business, but those who succeed must work harder to stand out in a saturated market.

A new era of entrepreneurship was the focus of BoF’s latest print issue and the Los Angeles summit, which welcomed a range of founders from direct-to-consumer brands like Allbirds and healthcare innovators like Headspace, as well as actress Elizabeth Banks, to the stage to discuss how they are using their platforms to create positive change and upending traditional business models by tapping into new markets. 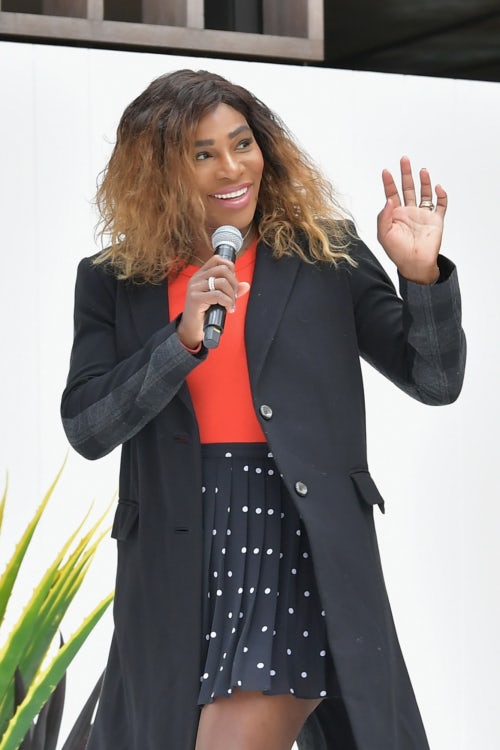 Serena Williams | Source: Getty Images for The Business of Fashion

“Pressure is a privilege, and I’m privileged and I’m happy that I have that pressure,” said Williams about her many endeavours. The cover star of BoF’s latest print issue spoke with founder and CEO Imran Amed about self-funding her own line and her ambitious plans for growth, her investing thesis and how she balances her rigorous training schedule with being a mom and starting a business at the same time.

In many ways, Williams has been preparing to launch her direct-to-consumer line S by Serena her entire life, building on a love of fashion and a series of business attempts and partnerships that led her to finally decide to start a brand, with her own funding, in 2018. “ It’s really difficult to make money in fashion before the first 10 years, really, before the first 5 years,” she said, explaining that she has a “master plan” to expand beyond apparel to a full range of lifestyle categories, from beauty to childrenswear and jewellery and more.

“It was important for us to start with fashion because with it comes tons of marketing, tons of opportunities to dress different people,” she said. “People can see exactly what you’re about.”

Williams spoke about the importance of listening carefully to her customer. “My job is taking feedback — my whole life playing tennis, I take feedback.”

Williams didn’t rule out the possibility that she will seek out a strategic partner in the future but was clear that she wanted to have complete control over the branding and strategy for S by Serena. “When you do it with other people, it gets diluted, and I didn’t want my message, the clothing, I didn’t want anything to get diluted,” she said.

She listed direct-to-consumer brands Glossier and Casper as inspirations for her own brand, which she described as a modern apparel collection designed for “people who look like me,” she said. “I wanted to curate something for them.”

Williams has a similar approach to her investments, which she only recently revealed publicly despite having made more than 30 investments since 2014 in companies like feminine care products brand Lola and the African coding accelerator Andela. Her focus is on funding a diverse group of founders, especially women and people of colour, who have historically been completely overlooked by investors.

“One thing I’ve learned is that unless the people writing the checks are making a change, it’s never going to make a change,” she said. “A lot of people who are starting companies are just not getting funded.” 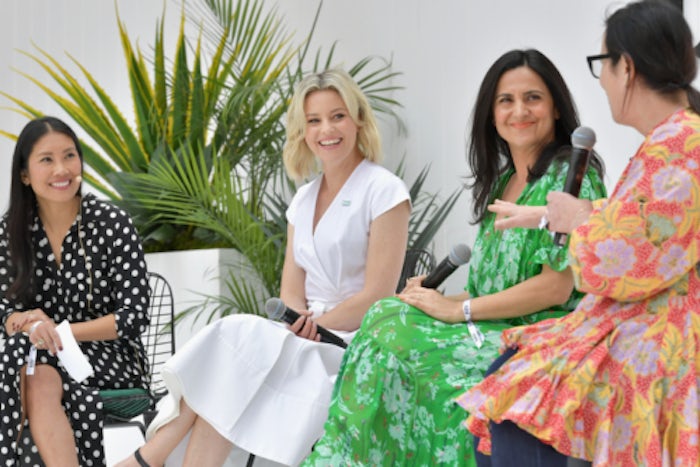 Williams wasn’t the only public person carefully considering how to turn her success into an engine of positive change in the world. Actress, producer, and director Elizabeth Banks took to the BoF West stage with costume designer Arianne Phillips and luxury brand consultant Carineh Martin, co-founders of the Red Carpet Advocacy Initiative (RAD), to discuss how public appearances can be leveraged to support philanthropic causes. The conversation was moderated by best-selling author Melissa Magsaysay.

With their brand new initiative, Phillips and Martin are flipping the red carpet model — where brands pay stylists and actresses to wear their designs to awards shows and film premieres — by facilitating a different kind of transaction. RAD encourages brands to donate to a charity chosen by the actress, who in turn promotes the philanthropic organisation with the media. At BoF West, Banks wore a dress from resale retailer ThredUp, which donated to Dress for Success on her behalf.

Martin said RAD’s mission is to bring talent and brand together to support a larger cause. “This is the exact opposite of pay for play,” she said. “It’s much more emotional, it is much more genuine.”

“It felt like a really seamless collaboration between all of the entities involved,” said Banks. “If I make a movie and it changes one person’s life, it was worth it because that’s all that we can hope for, to be connected to each other, one person at a time.”

For BoF West’s leading direct-to-consumer brand founders, forging connections is also a top priority — but with a community of customers who will spread the word about their businesses. The founders of Good American, Hims and Hers and Allbirds joined BoF's chief commercial officer Nick Blunden onstage to talk customer acquisition, market niches and collaboration. 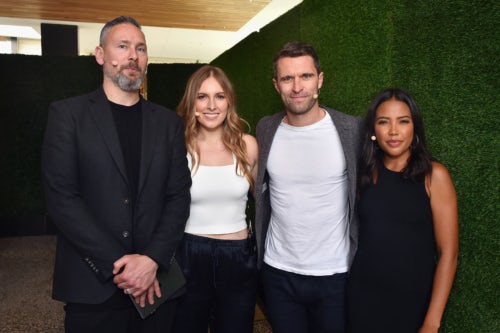 Emma Grede, co-founder of inclusive apparel line Good American with Khloe Kardashian, said the brand is fueled by audience reviews. “They hold us absolutely accountable for every decision we make,” she said. “We are actively asking them every day, ‘What do you think, tell us what we should do next?’”

Tim Brown, co-founder of Silicon Valley’s favourite sustainable shoe brand Allbirds, said organic customer-driven marketing is key to any brand’s growth strategy today. “I think unless you’ve created a product or experience that people want to share and tell their friends about, and fills a gap, it’s not going to work.”

Hims and Hers co-founder Hillary Coles said the healthcare and wellness company’s willingness to think differently about marketing — putting up ads, for example, inside urinals — turns customers into evangelists. “We are popping up in the unique places… and, people are just delighted and surprised to be interacting with us in these new ways, so they’re sharing it,” she said. 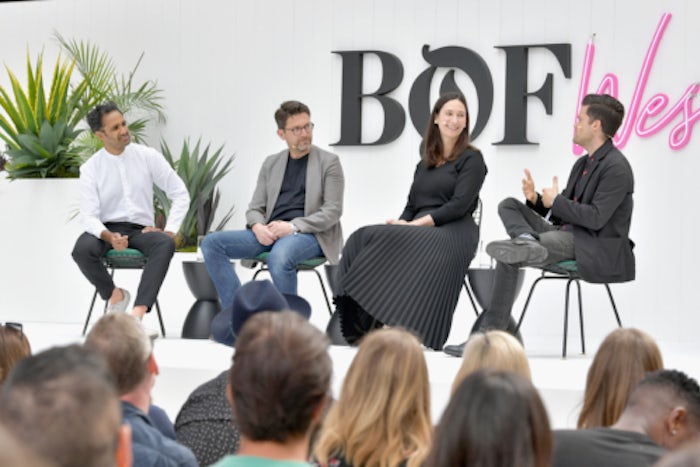 “LA has always been where people come to reimagine themselves and reinvent themselves,” she Korek. “I think it’s that combination of the stereotypes of the Wild West still being very true, and that anything can happen here.”

Bradfield said the city also has space to support growth in a way that New York is too crowded and San Francisco is too expensive to provide. “The opportunity in this city to build, to actually expand and go upwards and outwards is phenomenal,” he said.

It’s also become a valuable place for attracting employees, as Headspace’s Pierson can attest. “We’ve had to put [together] a very diverse set of talent from all over the world,” he said, adding that it brings challenges because diverse employees see problems differently. But the creative process needs that tension, he said. “I’ve never been involved in a great creative project where you’re really proud of the result and where it hasn’t been really messy and really difficult.”

A willingness to get “messy,” as Pierson describes boundary pushing collaboration, comes more naturally in Los Angeles which, despite Hollywood’s dominance, lends itself to out-of-the-box thinking.

“This resistance to hierarchy between disciplines is a really important way people come together here in different ways,” said Korek. “How can you leverage that kind of energy to have an impact beyond what’s happening in the centre?”

Watch all the talks on the BoFWest events page. 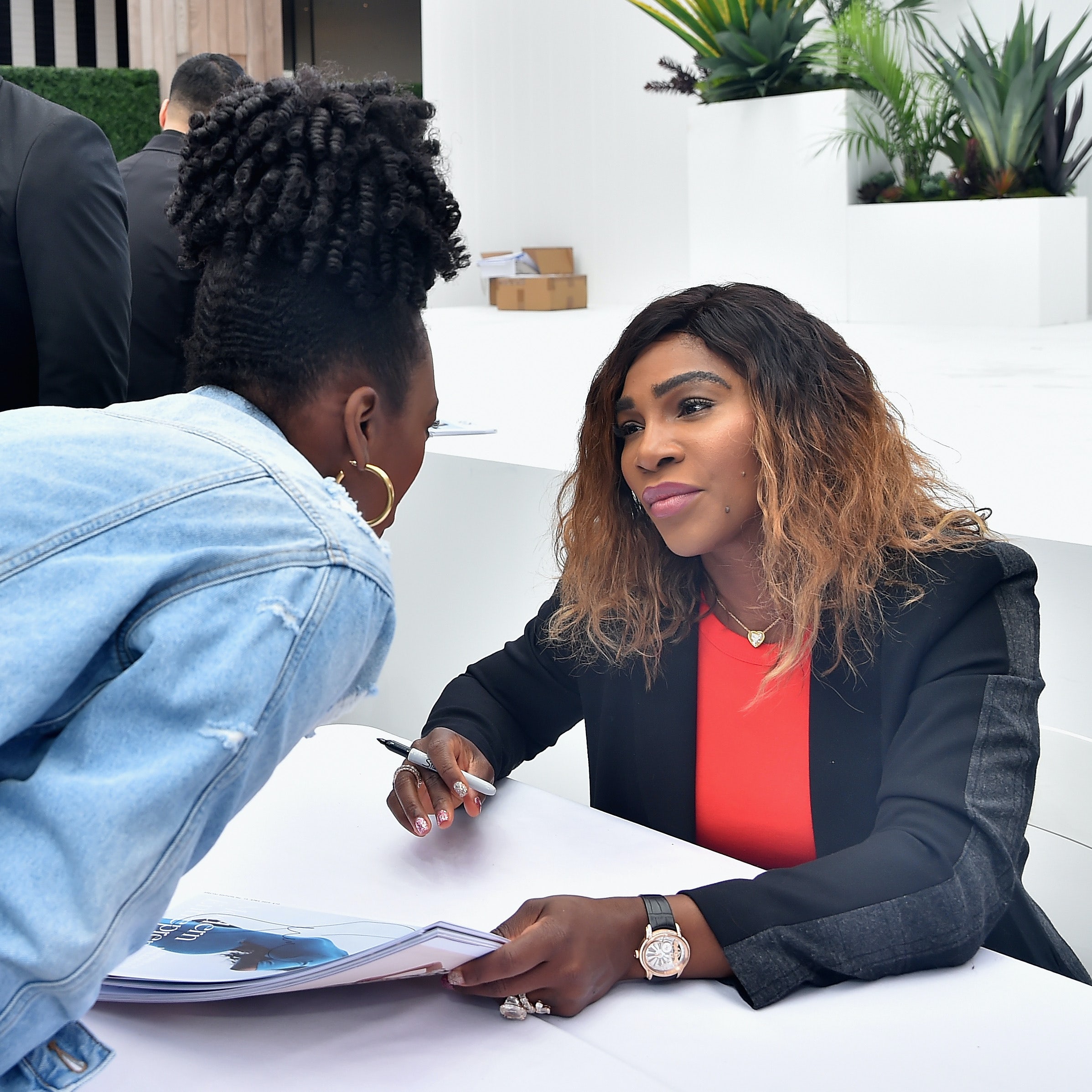 Serena Williams | Source: Getty Images for The Business of Fashion Emma Grede at BoF West | Source: Getty Images for The Business of Fashion 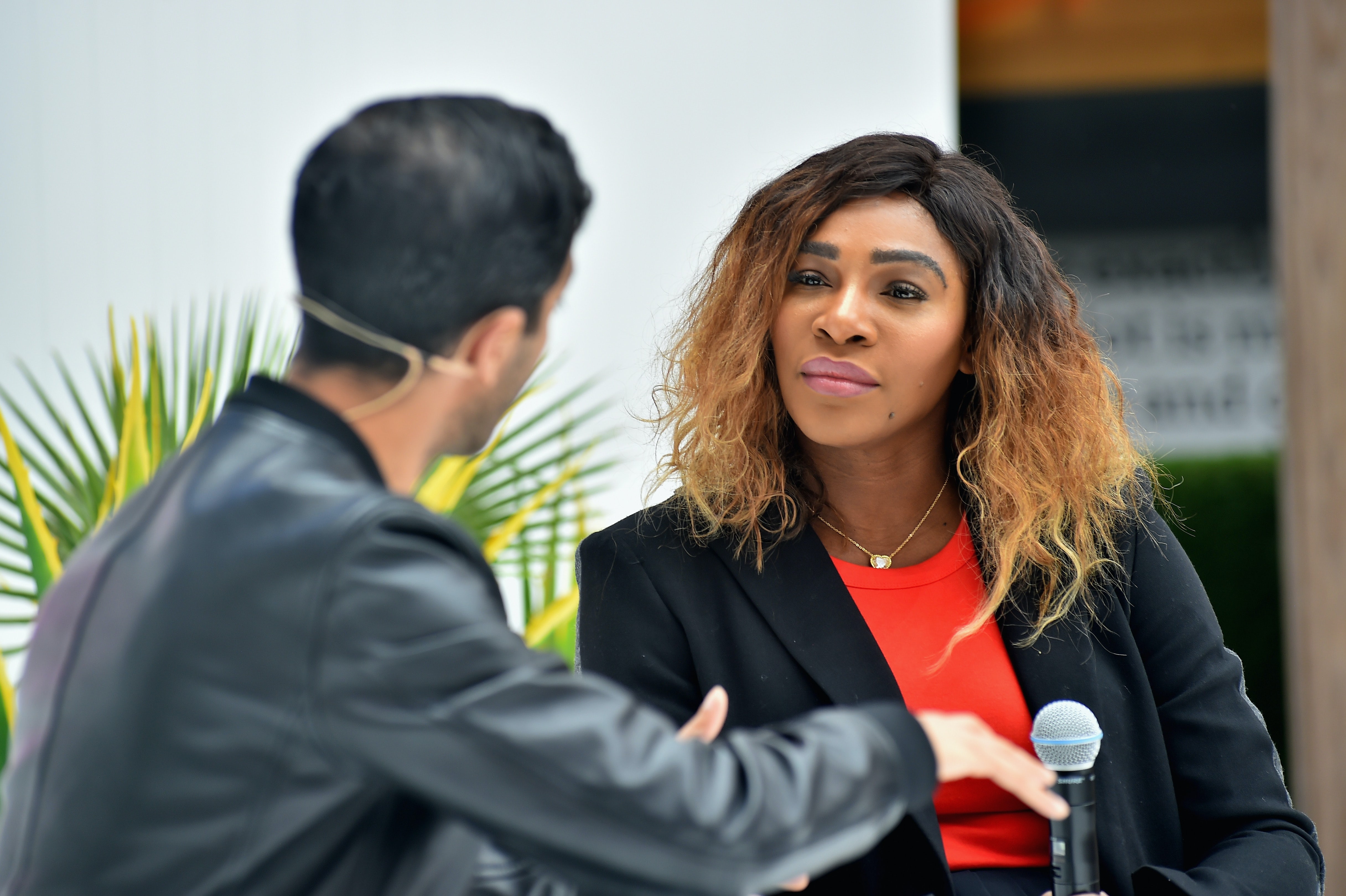 Serena Williams at BoF West | Source: Getty Images for The Business of Fashion 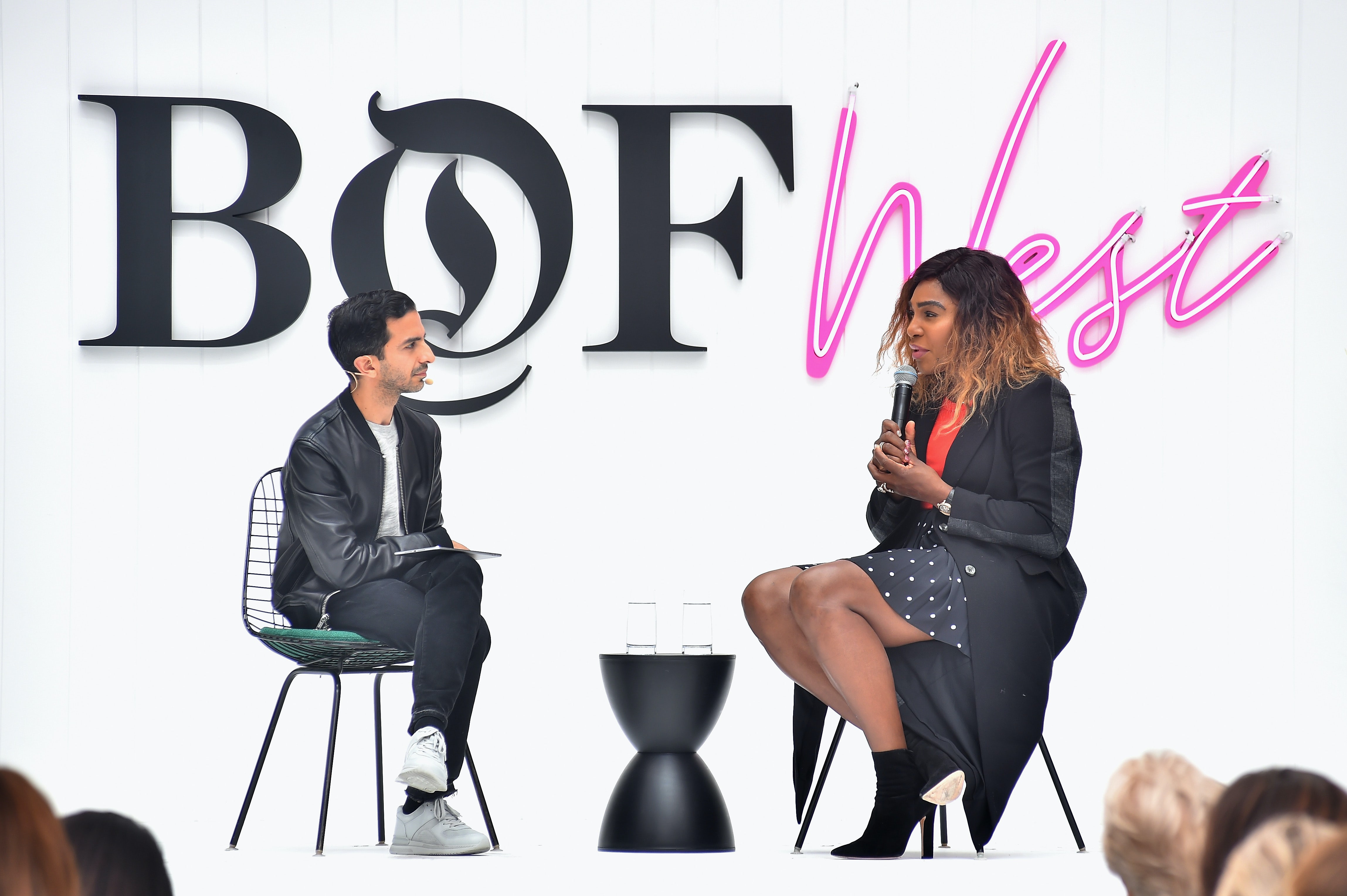 Imran Amed and Serena Williams speak onstage at the BoF West | Source: Getty Images for The Business of Fashion Christian Langbein and Celine Khavarani | Source: Getty Images for The Business of Fashion Greg Chait | Source: Getty Images for The Business of Fashion 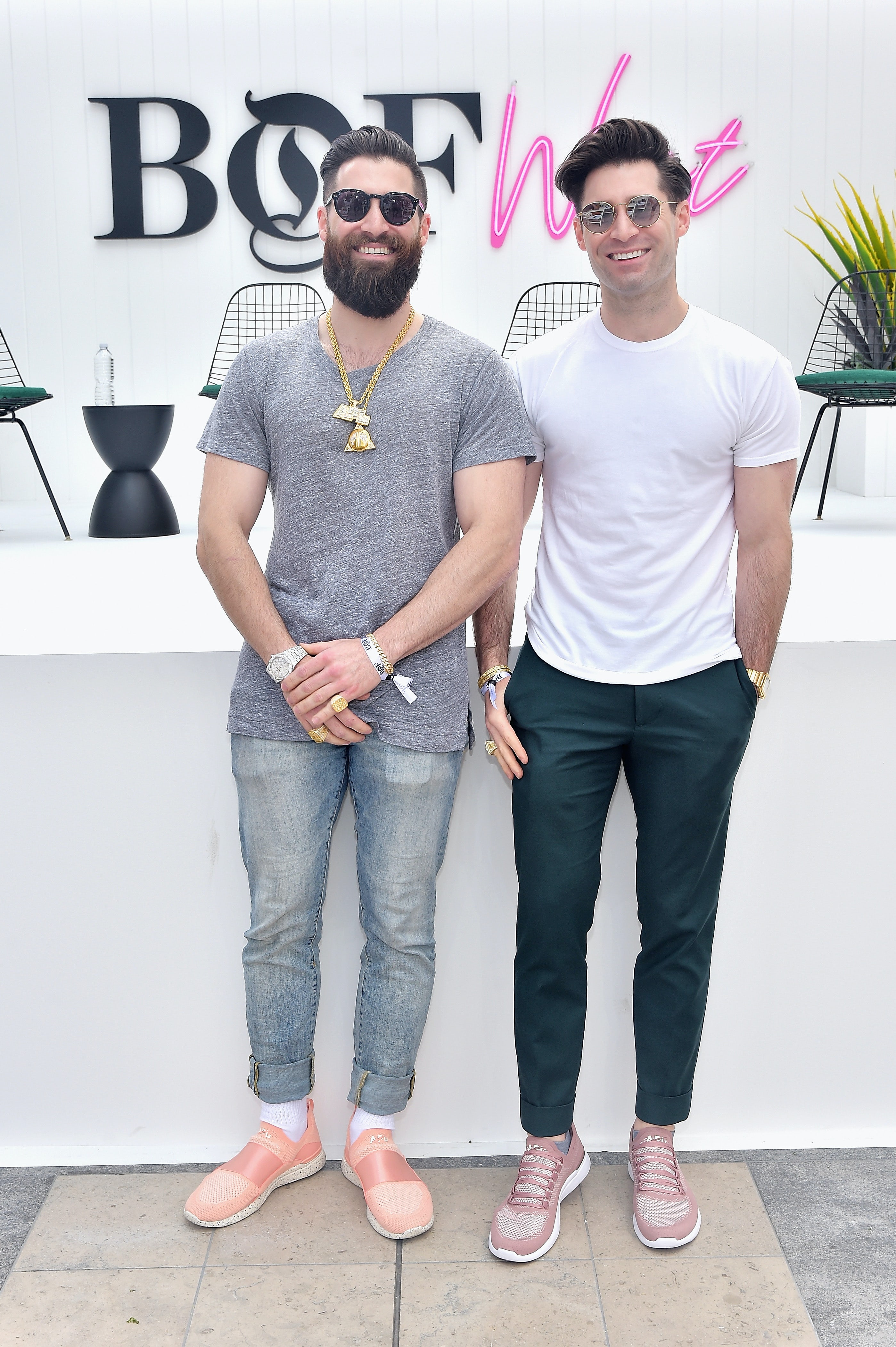 Adam Goldston and Ryan Goldston | Source: Getty Images for The Business of Fashion Emma Grede and Jens Grede | Source: Getty Images for The Business of Fashion 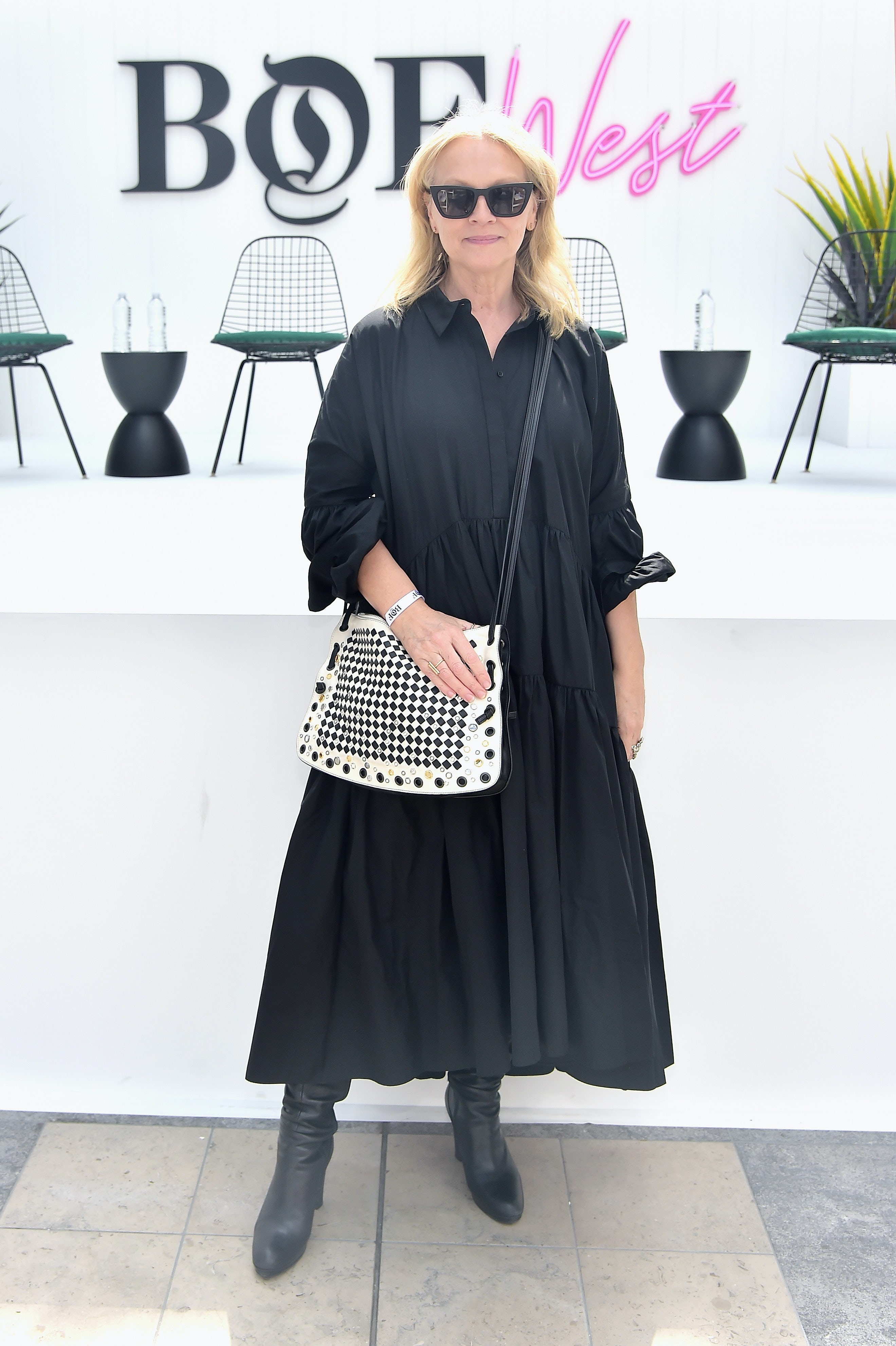 Alison Edmond | Source: Getty Images for The Business of Fashion 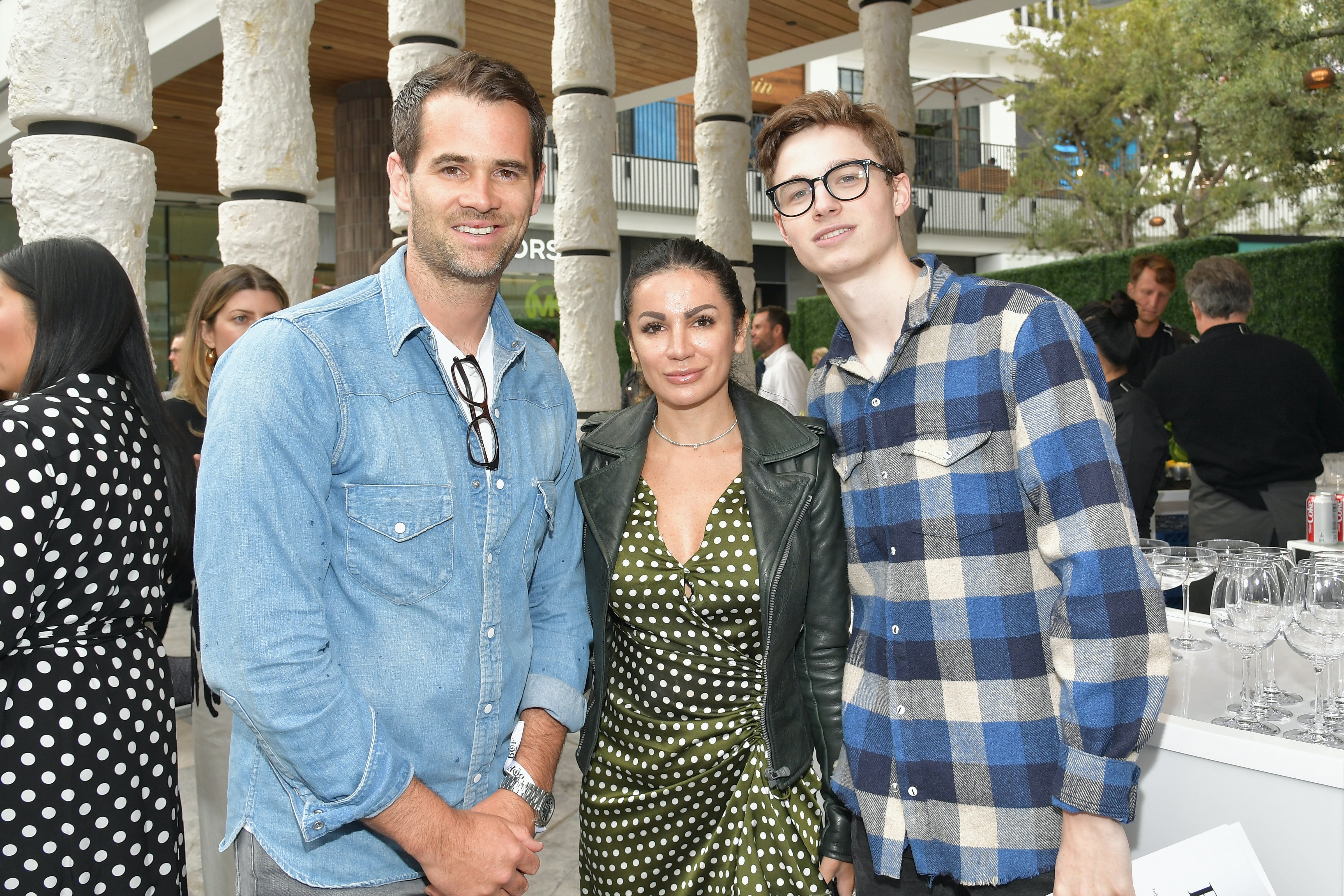 Jens Grede and Patrick Finnegan | Source: Getty Images for The Business of Fashion 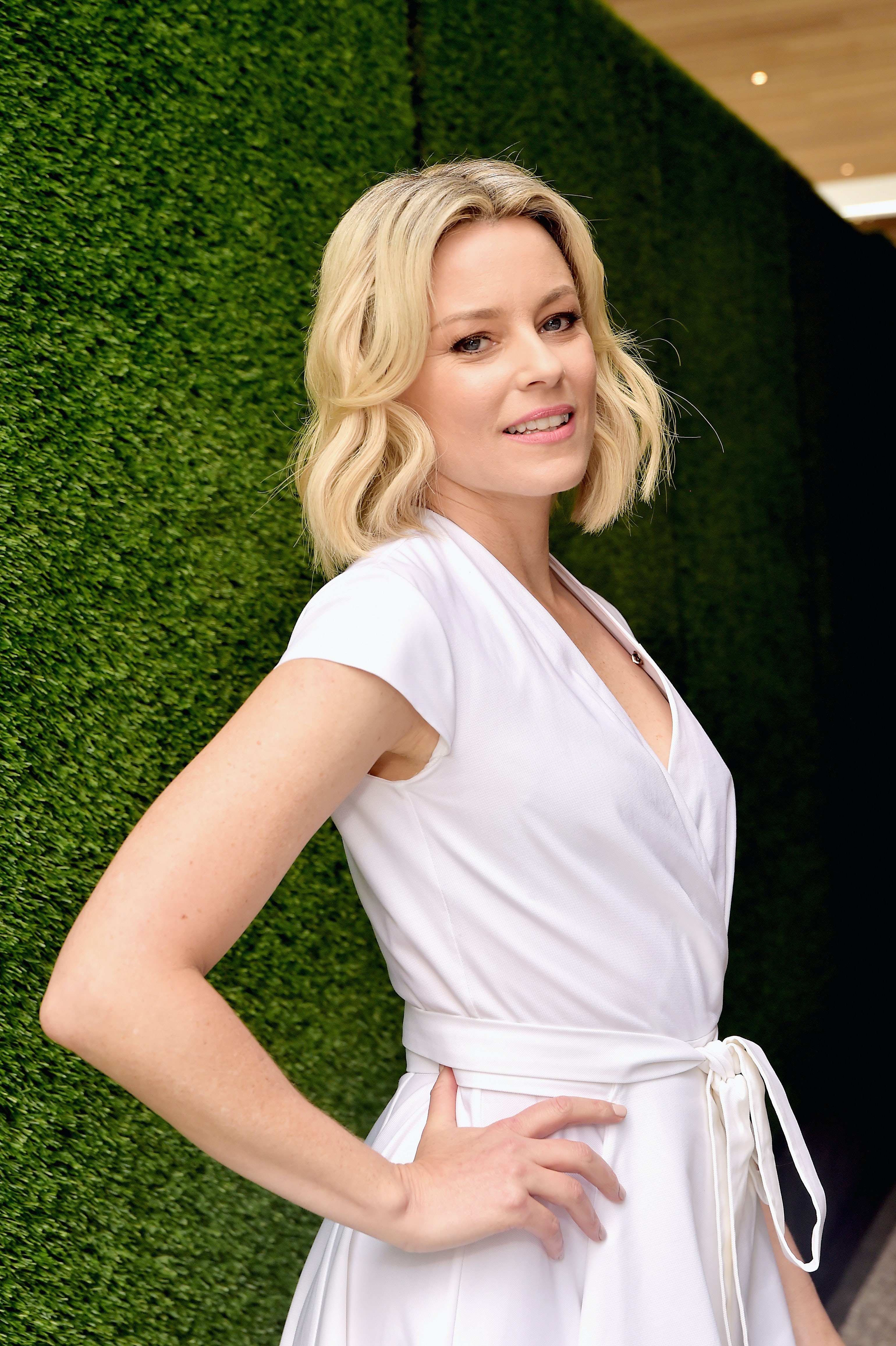 Elizabeth Banks | Source: Getty Images for The Business of Fashion 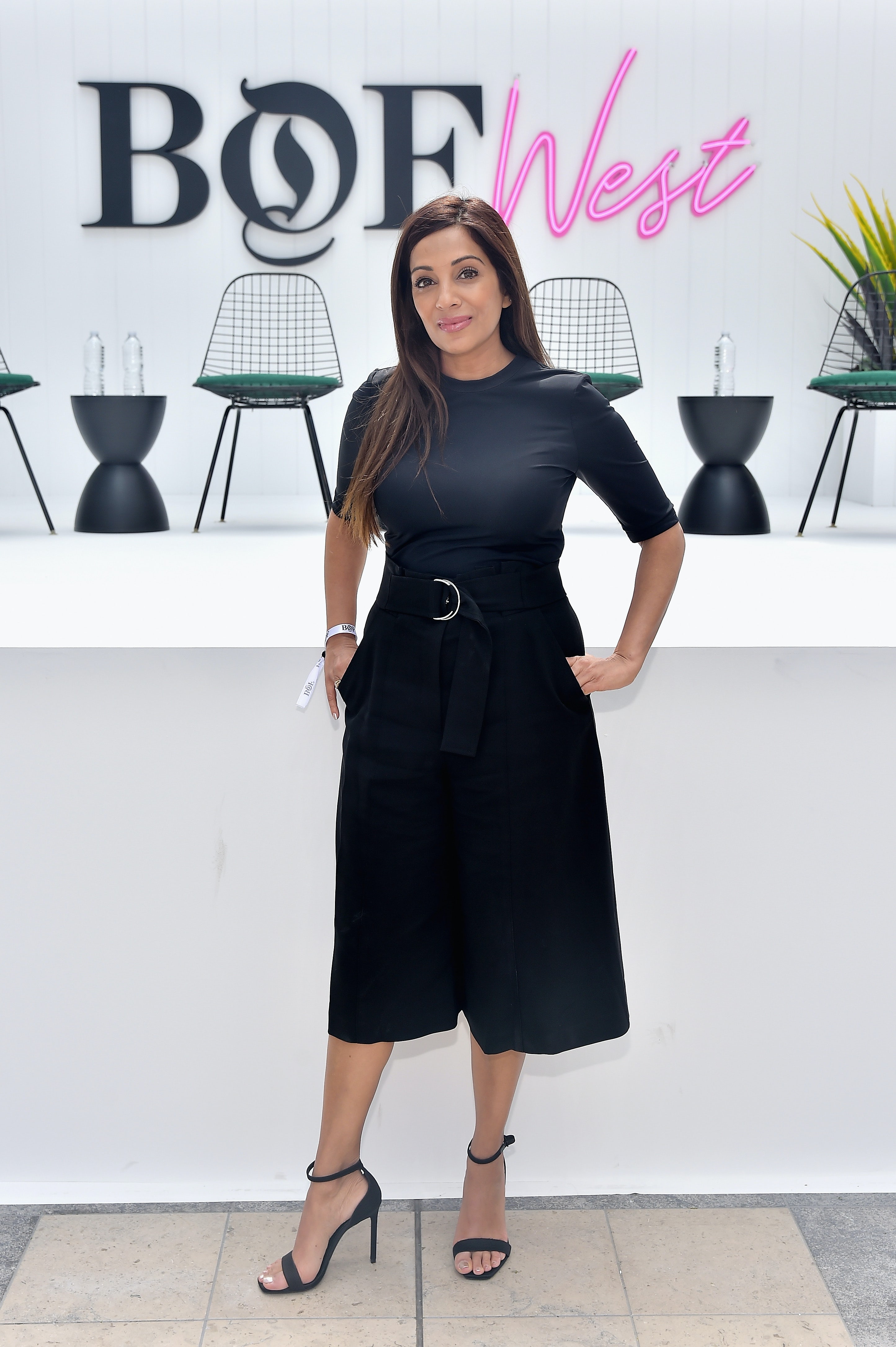