Can a Festival Help Zalando Build a Memorable Brand?

Can a Festival Help Zalando Build a Memorable Brand?

BERLIN, Germany — Stepping into Bread & Butter is stepping into a streetwear fantasyland.

At the three-day consumer-facing fashion and music festival focused on street culture, over 30,000 attendees dressed in the flashiest Off-White, Supreme and Gucci looks navigate themselves around over 40 branded pop-up shops, seven music stages, food courts, a bumper cart track and an outside pool and beach at Arena Berlin, a multi-functional event hall across the head office of Zalando — the German e-commerce behemoth and organiser of the event. 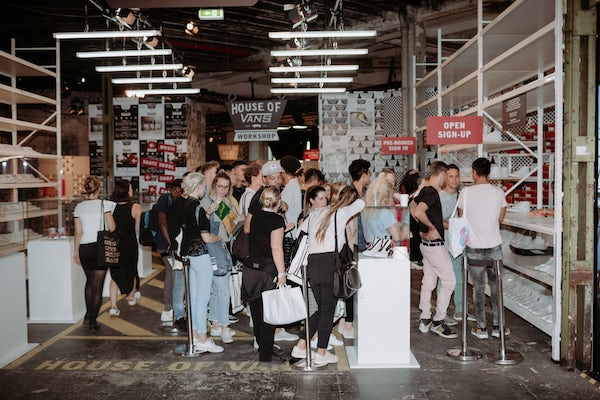 Ever since Zalando took over the reins of Bread & Butter in June 2015, the festival has become a new way for the company to cultivate a community around its brand and offer consumers a value proposition that goes beyond basic e-commerce features like a wide product selection, same-day delivery and free returns. It’s also a way for the company to avoid becoming a faceless seller and to differentiate its brand from platform players like Amazon and Farfetch.

“When I joined [Zalando] four years ago, the first request was that we needed a clearer profile and needed to stand for something, because we were a transactional profile. There was no emotional resonance for consumers,” says Carsten Hendrich, Zalando's vice president of Creative Lab. “We’re respected because we’re a trustful player offering good convenience and customer service, but that’s not the tipping point [for consumers]. What we put on top with Bread & Butter is this emotional context layer.”

To add a digital component to the festival, Zalando recently launched a dedicated Bread & Butter online shopping hub, which enables the company to provide constant “newness, freshness and storytelling year-round.”

But for Zalando, Bread & Butter is just one piece of the puzzle in the company’s wider ambition of becoming the “Spotify” of fashion. “That’s what we’re aiming for,” says David Schneider, co-chief executive of Zalando, which since its inception in 2008 has grown into one of the world’s largest fashion e-tailers with 2017 revenues reaching €4.5 billion ($5.3 billion) — driven by its wholesale and partner businesses as well as from additional services like brand marketing for brands. “We want to be this access point for anyone, but then what comes after is more and more personalised.” 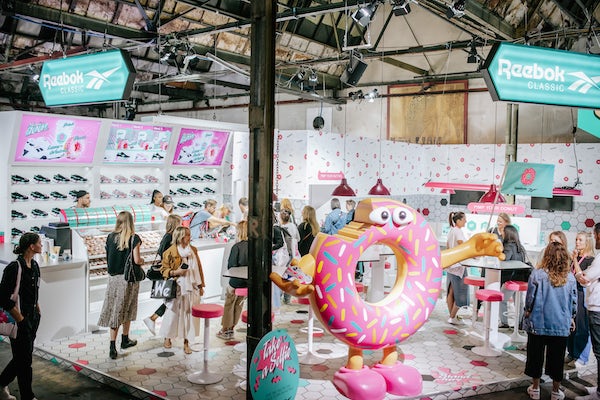 Last year, the company started merging transactional and behavioural data with social media information and preferences from its users in order to create seven different customer segments that go beyond demographics and look at consumer behaviour, which the company calls ZTypes and include segments like “Fresh Families," "Cultured Elite" and "Preppy Strivers.”

“A 35-year old can be settled and family-oriented, or totally outgoing and very social media active, from that angle we try to profile,” explains Schneider, who says that ZTypes will allow the company to hyper-personalise its targeting of what and how much product, content and advertisement it shows individual consumers, making Zalando more enjoyable for users while enabling brand partners to direct the right product to the right consumer.

“That’s what we do very much with Bread & Butter,” says Hendrich. ‘We understand that this ‘Street Snobs’ target group we’re aiming for here need reference and want to engage with peers. They live very strongly digitally but they’re also yearning for experiences. That’s why this offering makes sense for them, whereas for the ‘Cultured Elite’ it’s a very upscale, sophisticated target group, so you might need another vehicle to address them.”

By building the technology from scratch and rolling out more personalisation modules over time, Zalando hopes to stay ahead of its competition. “This is not easy to copy,” says Schneider. “You need broad data and access to the whole market as well as build the logistical structure. The barriers are very high because we’ve invested hundreds of millions [of euros] in it and not many can build that. So, we’re in a good position.”

Disclaimer: Christopher Morency travelled to Berlin as a guest of Zalando.