A selection of the offerings at the Christie's Auction | Source: Courtesy
Share
1 Comment
By Sebastian Kaufmann June 19, 2019 05:20

NEW YORK, United States — Christie’s is expected to break records at its New York City headquarters on Wednesday. Observers believe that the auction house’s "Maharajas and Mughal Magnificence" sale, featuring a collection of Indian and Indian-inspired pieces of high jewellery, may outdo the 2011 sale of Elizabeth Taylor’s jewels, which generated nearly $116 million.

Jewellery, along with shoes, is the fastest-growing category in the luxury goods market, according to Bain & Company, so it's no surprise the demand for collectable gems remains robust. A decade of near-zero interest rates, infinite liquidity and central banks pushing high-return investments on premium goods means that the secondary market is ripe for milestone sales in both art and jewellery, and Christie’s — along with competing auction houses — is capitalising on the momentum. 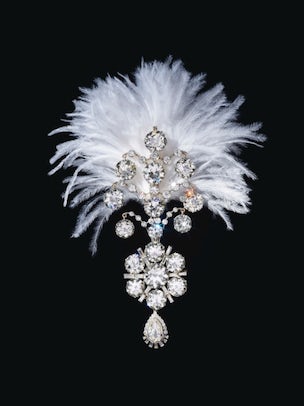 The sale's big winners will be collectors able to invest in jewels with historical provenance and guaranteed resale value. Another key beneficiary will be the Al Thani Foundation, current owner of the 400 objects being auctioned by Christie’s.

Established by the ruling family of Qatar, the House of Thani, the foundation is led by Hassan bin Mohamed bin Ali Al Thani and comprises one of the most extensive art collections in the Arab world, estimated at 6,300 pieces. As the foundation prepares to open a museum at the Hôtel de la Marine in Paris next spring, this sale will help offload pieces that have already been exhibited around the world and raise cash to diversify its collection for 2020.

The Al Thani collection was built in just a decade and has been shown at the Metropolitan Museum of Art in New York, the Victoria & Albert in London and Saint Petersburg's Hermitage.

This level of exposure has helped strengthen the secondary market for the wares.

"Hassan Al Thani exhibited all over the world, establishing the importance of the collection before selling off part of it,” said Lee Siegelson, a New York-based dealer of antique jewellery. “This sale is about increasing the value of the collection."

The auction, which features 500 years of jewellery history, includes antique pieces as well as contemporary designs of Indian inspiration by Cartier, Bulgari, Mauboussin and Joel Arthur Rosenthal, also known as JAR. Intense buyers’ competition and Christie's global marketing campaign are expected to raise brand kudos and market value for the likes of Cartier and JAR.

“The volume of sales might increase. The effect of such an important auction is a wider visibility and stronger awareness," said jewellery historian Vanessa Cron. "Presented in a museum-like context, the names of Cartier and Bulgari enter the art category.”

Highlights of the "Maharajas and Mughal Magnificence" sale include a ruby choker created by Cartier in 1931 — featuring almost 200 carats of diamonds from the Golconda mine in India — and a Belle Époque diamond brooch, also by Cartier, which is expected to sell for between $10 and $15 million. A feathered turban ornament, made for the Maharajah of Nawanagar in 1907, with more than 150 carats of diamonds was last sold at auction for $1.8 million by Christie’s in 2010. 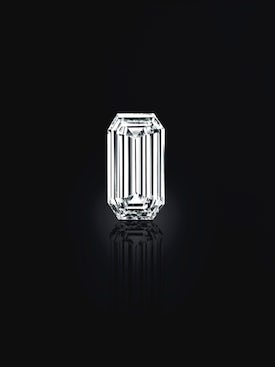 The most popular item, according to David Warren, Christie’s senior international jewellery director, is the Mirror of Paradise: a diamond-and-platinum ring weighing 52.58 carats that the house sold in 2013 for $10.9 million.

To convey that the pieces are not just meant to sit in museums, but also to be worn, Christie’s commissioned the photographer Claiborne Swanson Frank to capture herself and other New York women wearing the jewels. It’s an unusual tactic, hinting at the auction houses’ newfound desire to assert their relevance among wearers of high jewellery.

A titanium elephant brooch by JAR, adorned with a Belle Époque-style diamond aigrette, is estimated to sell for $100,000. While it doesn’t sit in the pricier end of the collection, it is a good barometer of current consumer priorities.

"JAR is the grand master of contemporary jewels,” Warren said. "His work is highly collectable because it’s not easy to get a piece by him. His designs only come to market when there’s death or divorce."

Rarity and design exclusivity are key pricing factors in the secondary market for ultra high-end jewels.

Following Christie’s sale of the Pink Legacy diamond to Harry Winston for $50 million last year, today will be a new assertion of power for the auction house. Although, as Warren hedged, "even if it’s set to be the most valuable jewellery sale in history, we will have to wait and see how this plays out in the room."