Minutes after Burberry announced a top management shake-up, Christopher Bailey spoke to BoF about the changes and his outlook for the brand. 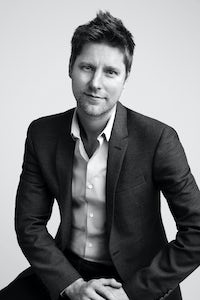 Minutes after Burberry announced a top management shake-up, Christopher Bailey spoke to BoF about the changes and his outlook for the brand.

LONDON, United Kingdom — Burberry announced a senior management shake-up on Monday, indicating that its current chief executive and chief creative officer Christopher Bailey would become the company's president and chief creative officer, handing over the title of chief executive to Céline’s Marco Gobbetti. The move is part of an ongoing business review at the British luxury brand, which, facing sales woes, is aiming to better position itself for what Bailey sees as the company's next chapter.

Burberry, Bailey said, had changed dramatically over the past 15 years. "We were really a licensed business, we then became a wholesale business, then we shifted to a retail business and today we are a truly omnichannel digital and physical retail business," he said. "I just felt that we need some real retail expertise in the company, but I needed to do a more formal business review to really identify exactly how we were going to do that. Simultaneously I had started to look for somebody I could partner with, who really had the gravitas or the experience of a true luxury retailer. And that kind of eventually led me to meeting Marco," Bailey continued.

Gobbetti, who reinvented Givenchy before taking the reins at Céline, has no shortage of luxury retail expertise, as well as demonstrated success in partnering with top creative talents Phoebe Philo and Riccardo Tisci. Gobbetti will formally join Burberry next year.

“As soon as I met him, we had a very, very strong chemistry. He has a profound understanding of retail and retail execution. He has also got an incredibly global experience; he is somebody that has done a lot of work in the US, of course in Europe but also in Asia, so he thinks very globally and that is relatively unusual,” Bailey added.

Bailey, who was appointed CEO in October 2013 in addition to his duties as chief creative officer, will oversee all elements of brand and design when he assumes his role as president next year, working in partnership with Gobbetti, who will be responsible for the commercial side of the business. They will work together to develop its strategy and culture.

“I clearly have a very full time role based on my responsibilities. But as with all of these things, you work to lead a team,” said Bailey, reflecting on what he had learnt in his role as chief executive.

“I think the role of any leader is to take themselves out of the situation and to say what is right for the company going forward. And that is what I have always done, throughout my career, not just at Burberry, and to know to identify what my skills are, where I add the most value and where my strengths are not and where we need to add those strengths,” he continued.

Burberry has seen its fair share of struggles in recent quarters due to a sales slowdown in Hong Kong and mainland China, plus lower sales in European capitals as tourist shoppers stayed away from Paris, in particular, in the wake of last year's terror attacks. In May, the company reported a 10 percent drop in annual adjusted pre-tax profit and said that said earnings for this financial year will be at the low end of analysts’ estimates.

The company has made a number of radical changes over the past year, streamlining its brand architecture by unifying its collections under one label; aligning its runway and retail cycles by combining its men’s and women’s shows together in two annual runway events, with ‘seasonless’ collections available to buy immediately after the shows; and taking back direct control of its Japan business.

Bailey was optimistic on the company’s outlook, saying that he believed in its long-term sustainable growth. “I believe that as a brand, as a company we’ve got huge, huge potential still ahead of us,” he said.

However, he was mindful of the challenges ahead, noting the volatile changes in the luxury sector and what the impact of a British exit from the European Union could mean for businesses in Britain.

“It certainly was not the result that we were looking for at all. Having said that we do now need to make the best of it,” he said of the result of Britain's EU referendum. “The important point of all this is to have clarity and stability as we negotiate what Brexit actually means for our country. It’s very important that we conclude that as quickly as we can.”

Bailey said he was disappointed by the referendum result and also surprised about the changes throughout this political process of defining a new leader for the different parties, adding that the government needed to do a lot of work to define what it meant for businesses.

“There is clearly a lot of work that the government has got to do to establish how and where this is going to impact business and, of course, individuals. But you know it is business as usual for us. We do trade globally as a business, we operate in all countries around the world, and of course we expect some change.”