BoF can exclusively reveal that Marni has appointed Francesco Risso as its new creative director, as founder Consuelo Castiglioni steps down. 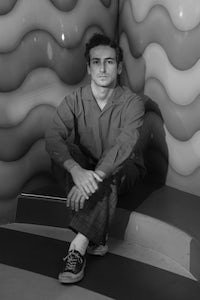 BoF can exclusively reveal that Marni has appointed Francesco Risso as its new creative director, as founder Consuelo Castiglioni steps down.

MILAN, Italy — BoF can exclusively reveal that Marni has appointed Francesco Risso as its new creative director, as founder Consuelo Castiglioni steps down after more than 20 years.

It was widely rumoured during Milan Fashion Week that the Spring/Summer 2017 collection would be Castiglioni's last at Marni. Her departure was confirmed this morning.

Castiglioni’s decision to step down was personal, she said in a statement. “These were hectic and exciting years which absorbed all of my energies to create a project I am proud of. Thanks also to the constant support of my family who allowed me to stay true to my idea, I built a brand with a precise and recognisable identity. 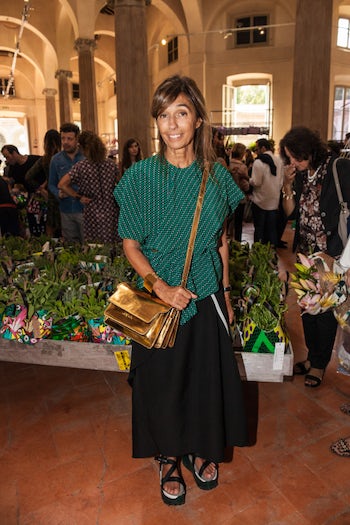 “The time has now come to dedicate myself to my private life. I thank all the people who believed in this project and who, with loyal dedication, have helped me along this fantastic journey.”

In her role as the creative director of Marni, Castiglioni won praise for her sophisticated and forward-thinking designs, earning a cult global following and admiration from influential industry insiders. She launched Marni in 1994 in collaboration with her business partner and husband Gianni Castiglioni in Milan.

The company also confirmed media reports that the entire Castiglioni family are leaving the company, including Mr Castiglioni, who was formerly the president of Marni, and their children Carolina and Giovanni, who both worked in different departments of the business.

Marni has rapidly expanded in recent years, counting nearly 100 standalone stores in emerging and established markets and although Marni had remained a family owned business for over 15 years, in December 2012, Castiglioni announced the brand’s sale to Italian fashion group Only The Brave, owned by Diesel denim founder Renzo Rosso, in order to further their expansion.

"The decision is not a surprise given that the founder sold the majority of the company to Only The Brave in recent years," said Mario Ortelli, head of the luxury sector at Sanford C. Bernstein, noting also that Marni's fashion offering is not tightly linked to Castiglioni as a fashion figure as some other brands.

"Marni is not an eponymous brand, like Prada, and therefore it is not so linked to the iconic figure of the specific designer. If you ask the clients of Marni who the designer of its brands is, I don't think that many of them would be able to answer," he said.

"If they are able to keep the design team together and find another designer that can continue rejuvenating the stylistic codes built by Consuelo, I don't see many risks in a contemporary brand like Marni when it changes creative direction."

Risso studied at Florence Polimoda, at New York’s Fashion Institute of Technology, and at Central Saint Martin’s in London. His first collection for Marni will be for Autumn/Winter 2017.

“The world pays tribute to the original vision of Consuelo, and to a unique brand which we are proud to have in our group. I wish her the very best,” said Renzo Rosso, president of Only The Brave in a statement.

“I am happy to welcome Francesco, whose talent will contribute to writing a new chapter in the history of this house which is Italian at heart and global in spirit. I am confident that the creative team and the management of Marni, which have contributed to this success, will continue to make this brand reach exciting new goals.”