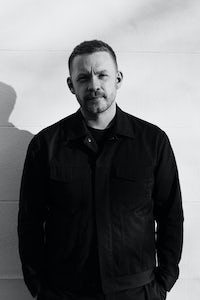 FLORENCE, Italy — BoF can exclusively reveal the next special guest designer at the 94th edition of Pitti Uomo will be Craig Green. The London-based Green will present his Spring/Summer 2019 collection at the biannual menswear tradeshow in Florence on June 14 and consequently not show during London Fashion Week Men's, where he has been a much-lauded fixture since 2013.

"We first got in touch with Craig a couple of years ago as we were struck by his collections from the very beginning, but at the time, he had an exclusive partnership with London Fashion Week Men's," said Lapo Cianchi, director of communications and events at Pitti Immagine, the group that runs Pitti Uomo. He noted it was Green's ability to "innovate menswear 'codes' without losing track of the contemporary market" that appealed to the organisers of the event. "Now that the conditions [have changed], we're thrilled to have Craig Green at Pitti."

"I'm honoured to be invited to show my collection as the guest designer of Pitti, joining the incredible list of designers who have participated previously," added Green, who joins a role call of acclaimed designers like Raf Simons, J.W. Anderson and Off-White's Virgil Abloh who have shown at the event in recent years. According to Pitti Uomo, Green will be the only guest designer this season. 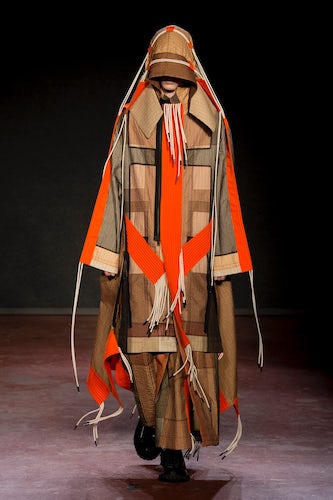 Green founded his namesake label in 2012 after graduating from Central Saint Martins' prestigious MA Fashion course and showed his debut collection for Autumn/Winter 2013 at London Fashion Week Men's as part of Fashion East's MAN initiative. The British designer held his first critically acclaimed solo show for the Spring/Summer 2015 season, which Tim Blanks, the widely respected fashion critic and BoF's editor-at-large, described as "a fashion moment" in his review.

The designer quickly became one of the main pillars of London Fashion Week Men's, building a loyal following for his clan-like workwear, drawstring jackets, buckled parkas and deconstructed shirting, which appealed to a wide range of consumers ranging from rappers like Drake and Kendrick Lamar to fashion editors (both men and women) and street-savvy teenagers.

With prominent names like Burberry and J.W. Anderson now showing their men's collections as part of co-ed shows during London's fashion week for womenswear, Green's absence will leave an even bigger hole on the city's men's schedule.

For Green, showing his next collection at the Italian tradeshow is a logical next step in pushing his brand beyond its "emerging designer" status. Despite his business being barely six years old, Green has already won Best British Menswear Designer at the Fashion Awards twice and was awarded the BFC/GQ Designer Menswear fund in 2017, granting him with £150,000 (about $210,000) to grow his business and enabling him to launch a "core" collection of more wearable, everyday pieces that reinterpret the conceptual designs of his archives.

The brand currently is stocked at influential global retailers including Dover Street Market, Barney's and SSENSE, and earlier this month the designer released his second collaboration with Moncler.

"When we choose designers [to show at Pitti], it's of course about the fashion," says Cianchi. "But when we find an [interesting] personality, and it doesn't always happen, it becomes double pleasant to have an event with a fashion designer. That's the story of Craig Green here in Florence."