The photographer has guest-edited the denim brand's in-house magazine, Humanity, shooting Kate Moss for the cover, as well as Ronnie Wood, Damien Hirst and his wife and children. 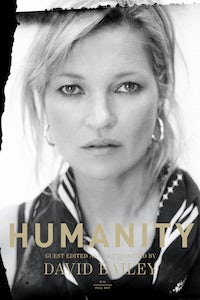 The photographer has guest-edited the denim brand's in-house magazine, Humanity, shooting Kate Moss for the cover, as well as Ronnie Wood, Damien Hirst and his wife and children.

The 11th edition of the title, Humanity, is dedicated to the creatives who most inspire the photographer, and features Kate Moss on the cover. The supermodel is photographed with the Rolling Stones' Ronnie Wood in the magazine, which also features Damien Hirst, London mayor Sadiq Khan and Bailey’s own wife and children.

Bailey says he was given total creative freedom by Citizens of Humanity. “The whole issue was totally my idea, the only thing [Citizens of Humanity] said to me was to make it personal. I wouldn’t have done it otherwise,” he tells BoF. “They just said, ‘do it’.” 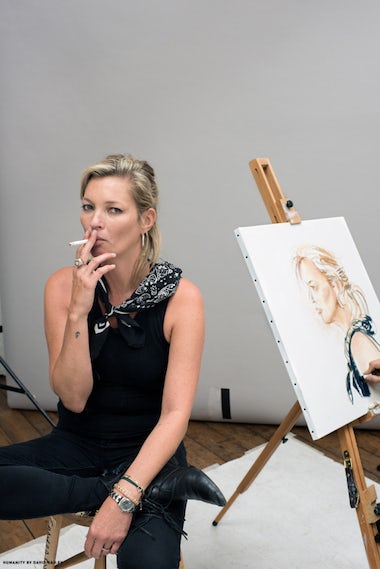 For Citizens of Humanity, the magazine forms part of a wider strategy to engage more deeply with consumers. “Our website is half-content, half-commerce, [but] online and digital are still two dimensional, so when we create the magazine we do it with the intention of leveraging the content in multi-dimensional ways,” says Amy Williams, chief executive of Citizens of Humanity.

“When we think about our brand message, we think about the celebration of creative people and talent,” she adds. “The magazine is the perfect example of that.”

Since taking the helm as CEO in 2015, Williams established a tighter supply of inventory and better control over wholesale partners.

Williams oversaw the launch of a premium denim vintage collection targeted to higher-end specialty stores, while distribution of the main brand was shifted away from department stores and towards multi-door retailers. As a result, the company is set to reach $100 million in revenue in 2017 and year-on-year growth of 10 percent.

“We manufacture all products in LA, and we control the amount of inventory that we put into the market — less than 1 percent of our products are sold in off-price channels,” Williams says. “The tight supply of the brand makes the product a little bit more covetable.”