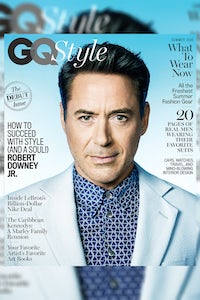 NEW YORK, United States — In the photo accompanying his first editor’s letter for GQ Style, Will Welch is wearing a band t-shirt. The action shot — he’s outside, in what looks like Williamsburg, Brooklyn, sipping a paper cup of what can only be third-wave coffee — doesn’t feel staged or disingenuous. But it does feel markedly different from what consumers have grown to expect from American GQ, the slick, if bland, men’s style title.

That, of course, is precisely the point. If GQ is a style benchmark for the typical American male, GQ Style, the new quarterly from one of Condé Nast’s marquee brands, is aimed at the American male who thinks of himself as less typical.

“I’ve been making this magazine for myself partially,” Welch says, sitting in his corner office on the 28th floor of 1 World Trade Center. “All enterprises, if you’re making them for anybody other than yourself, are sort of fake and doomed.” 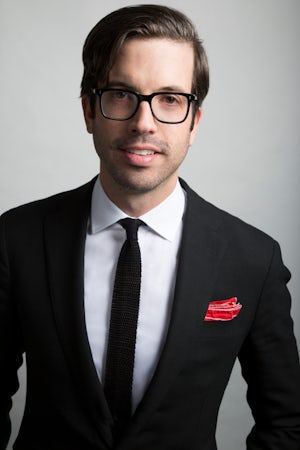 Welch’s first issue, which hits newsstands in New York and Los Angeles on Tuesday, marks the magazine’s move from a biannual to a quarterly publishing rhythm. Its transformation from a straightforward service manual into an upscale lifestyle publication, is meant — at least, in part — to satisfy advertisers aiming to reach the demographic abandoned by the shuttering of Details, Condé Nast’s other men’s magazine, which closed in November 2015. Indeed, the strategy, it seems, is to serve (and serve up) the Details reader under the umbrella of a legacy brand like GQ, on which — along with Vogue, the New Yorker, Wired and Vanity Fair — Condé Nast is betting to survive the tectonic shifts facing the publishing industry.

The word being thrown around amongst industry insiders is “luxury.” The broadish trim size (9 inches by 11 inches), the matte paper of the cover and the $14.99 price tag are all not-so-subtle cues to advertisers that this is a publication for men with money to spend. (According to preliminary research conducted by the magazine, the median household income of the target reader is close to $225,000. GQ’s is a little over $72,000.) The first issue’s “by invitation only” advertisers include Dior, Armani, Burberry, Tom Ford, BMW and Lexus.

“To me, it has become a marketing term that just doesn’t resonate,” he says. Instead, the 35-year-old editor — who spent the last nine years of his career at GQ and before that, reported on music for The Fader — kept returning to the idea of the good life. “It implies more than just nice stuff, and I liked that about it,” he continues. “And a bit of a potential mission statement.”

But at the same time, he was also thinking a lot about the life of Apple founder Steve Jobs, and how his path relates to the way men want to live today. “One thing I kept going back to when I was trying to figure this out was this moment a few years ago when the Walter Isaacson biography came out,” he says. “On airplanes, in airports, at hotels — everywhere I went — there were guys reading the hell out of this book.”

It was then that Welch says he noticed what he believes is a distinct change in the culture: men were measuring success not just financially, but creatively. “I thought that was a really interesting moment. That was the beginning of the wave and it’s only just now beginning to crest,” he says. “It really applied to what a magazine that I would be interested in creating and reading — and that my friends would read — could be.”

Welch’s vision is clear in the mix of content that populates the first issue: The downtown photographer Ryan McGinley has shared his favorite art books, while the humour and style writer Mary H.K. Choi contributed an essay on the way guys pose on the red carpet. Instead of profiling NBA superstar LeBron James, Welch zeroed in on James’ business manager Maverick Carter. There is a 10-page profile on Atlanta-based designer Sid Mashburn, and a meditation on maximalism vs. minimalism in interior design. “We’re just in a moment when celebrity culture has become really monolithic,” Welch says. “One thing that’s new about GQ Style is that sometimes the big celebrities that we really love and we think sort of embody this project might just get one or two pages. Then there’s Maverick Carter, the guy behind LeBron, getting a big feature.” Spreads of service-minded style content do exist — like a guide to swimming trunks — but this isn’t a fashion manual. “We’re not trying to be everything to everyone.”

“Will doesn’t pander to any particular taste but his own,” says GQ editor-in-chief Jim Nelson, who, along with Condé Nast artistic director Anna Wintour, served as a sounding board for Welch during his first six months at the top of the masthead.

And yet, while Welch has managed to inject his own sense of style into his book’s pages — hiring Mobolaji Dawodu as fashion editor and Details and Style.com alum Noah Johnson as senior editor — GQ and GQ Style certainly share DNA and resources.

But Welch is known in the industry for his singular point of view, and many are hoping the book moves beyond standard GQ fare. For Weeks’ men’s suiting portfolio, a range of “friends of GQ” — from Christian Slater to Odell Beckham, Jr. — were asked to stop by a studio during men’s fashion week, where they were either photographed in their own clothes or played a significant role choosing their looks.

And while Moore is there as “somebody to run stuff by,” Welch says that Dawodu’s aesthetic sense is driving the book’s fashion. “Jim was there at the fitting for the Robert Downey Jr. but not the shoot. Mobolaji was styling it, but Jim was a huge part of it. It’s a real honest, natural collaboration, which is what we’ve always done,” Welch says. “But I would say that Mobolaji is really the eyes and ears of GQ Style. I was really interested in articulating a direction and a feeling in a loose way and then trusting the conversations and the collaboration to get specific about it."

To be sure, the overall look of the magazine is subtler than its counterpart. Welch wants the magazine to have a “little bit more of a quiet confidence, that didn’t scream in any way.” 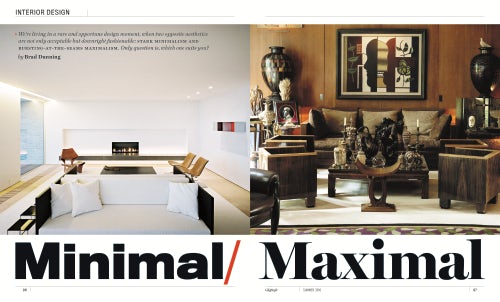 For instance, Woodward took the Miller font in which GQ’s body copy is rendered and made it the hero font for GQ Style. “They’re the workhorses of GQ and here they’re all the headlines and biggest moments,” Welch says. “There’s a nice metaphor there for the way the two magazines relate to each other.”

The relaunch of GQ Style comes at a time when the print magazine business, as a whole, is shrinking. Yet for now, GQStyle.com will serve only as a promotional page designed to drive print subscriptions, with a more robust product rollout planned tentatively for autumn. Instead, the focus has been on building up the brand’s social media accounts. So why the emphasis on print, and why now? “For the same reason that vinyl sales are up,” says Howard Mittman, GQ's publisher and chief revenue officer. “There’s a time to power down, put the blinking lights in your pocket. This is the ultimate coffee table book.”

Perhaps more promising is the growth of the global market for men’s clothing, which was up 24 percent in 2015 and will reach $40 billion by 2019, according to a January 2016 report from Barclays. Of course, GQ is not the only publisher who has noticed. In early 2015, The New York Times launched a monthly section dedicated to men’s style, citing a robust men’s readership as well as inbound interest from advertisers as motivation. In January 2016, Hearst ejected longtime American Esquire editor David Granger and replaced him with Town & Country editor-in-chief Jay Fielden, a favourite with advertisers who also edited the short-lived Men’s Vogue in the mid-aughts. It’s said that Fielden is putting more of an emphasis on fashion and style than Granger ever did.

But Mittman insists that GQ Style is not an advertising play. “It makes sense to me that more people are entering this category,” he says. “However, in this increasingly crowded space, GQ remains the two most important letters in American fashion. It’s what we’ve been doing for since 1957.”

Instead, the publisher defines the relaunch as an opportunity to capitalise on the male consumer’s growing desire for in-depth style content. “It feels modern, and of the moment,” he says. “Part of the way that I’ve be constextualising it for clients and staff is that GQ Style is to GQ what the Autobiography is to Range Rover,” referring to the rugged SUV maker’s upscale model, which starts at more than $60,000. “We’re all competing with the pace and speed of the web, and content you can get for free. We’re asking consumers to pay $14.99 for the issue. For something that is unique.”

The question is whether GQ Style will be able to hit the sweet spot between niche and mass to make the strategy work. In the past months, several hyper-focused menswear entities have ceased (or will cease) operations, including the influential blog Four Pins, the Japanese publication Free & Easy and New York’s high-end menswear store Carson Street Clothiers, which recently announced that it would close after moving to a larger location in the spring. “It has a limited application,” Welch says of the segment. “The fact that there was this really influential community, throwing Molotov cocktails into what was, for so long, such a stiff discussion just felt necessary. When you see a guy who looks like trends exploded on him, you can’t help but mock him a little bit. But we all need that guy to pull the culture forward.”

Welch, for one, seems to believe that the GQ Style’s success will lie in appealing to more than menswear geeks. “Part of the reason I’m so excited about this is because my vision for it and Howard’s business plan are really in lock step,” he says. “I think it’s a good idea because it’s not being done, and there’s a corollary on the business side of an opportunity that nobody has seized. Our idea is to unite and snap it off the table.”