The French direct-to-consumer eyewear label is entering the UK with a new London store, e-commerce and plans for 14 more outposts in 2018.

LONDON, United Kingdom — Jimmy Fairly, the French eyewear and optical brand, is set to expand into its first international market, with a store on London’s Regent Street opening on June 26.

The opening will mark the brand’s first foray into the UK, having opened 25 stores across France, including a large flagship in Le Marais in Paris, since launching as e-commerce only in 2011. Another outpost on London’s Neal Street is set to open in September, with a total of 15 brick-and-mortar stores planned across the UK over the next 12 months. 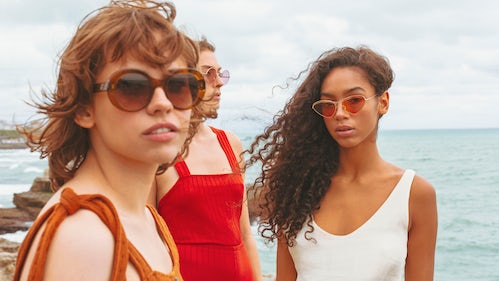 Jimmy Fairly, which designs and assembles all of its products in France, foregoes traditional retail channels and instead sells directly to shoppers. “It’s high fashion eyewear without middlemen, which makes it possible to retain the eyewear quality for just £99,” said Chartier. The service includes a free eye test as well as prescription lenses.

But Jimmy Fairly are not alone in their offering. The company is one of many direct-to-consumer labels that are competing with monopolistic brands by offering an improved customer experience along with a more attractive price point. In the eyewear market, competitors from US-based Warby Parker to European players like Ollie Quinn and Mister Spex have become viable competitors to Luxottica.

"If you go into our stores, you’ll see eyewear models that are changing all the time and that are more fashion-forward than [our] competitors” said Chartier. With a focus on trend-driven styles, Jimmy Fairly launches 25 models every month in small quantities to retain exclusivity, focusing on its “Made in Paris” laurels as a point of differentiation.

The brand is also taking cues from experiential lifestyle concept stores, with its interiors designed to resemble one of a luxury brand rather than an eyewear store, according to co-founder and managing director Sacha Bostoni. “There’s a lot of colour materials, special music and fragrance  — it’s not only about glasses, but having a lifestyle experience.”