It’s impossible to get Vice Media to give a straight answer on exactly how much funding the youth-driven publisher has raised in total. Crunchbase estimates $1.4 billion over seven rounds, although the precise answer is more difficult to determine because of both blurry early investments and complex deal structures in later rounds.

Why was Vice valued so highly?

For years, the company has sold itself as the Zion of youth culture. Unlike legacy publishers, Vice's unapologetically brash and cool executives and editors supposedly "got" young people in a way that the old guard didn't. They said they knew how to attract — and sell to — the next generation, whose buying power was rapidly increasing. Investors bought into the narrative.

Of course, the same devil-may-care attitude that made the company so alluring led to a workplace that was reportedly unkind to women, as detailed in an exposé that ran in the New York Times at the end of last year. But Vice's problems were not only cultural.

As we learned in a scathing New York magazine piece this week, it turns out Vice was facing a reckoning even before the Times piece. While many of its investors were betting that founder and former chief executive Shane Smith would manage to either sell the company to Disney, one of its biggest backers, or float it publicly on the stock market, Vice missed its 2017 revenue targets by $100 million and failed to lure viewers to its television channel, once heralded as a promising cash cow. Its foray into lifestyle content through the acquisitions of i-D and Garage — seen as a tactic to win more business from luxury advertisers — has not been a success, either.

As the New York Times noted this week, Vice may end up a casualty of the “greater fool" theory, which hypothesizes that the price of a product is not determined by what it is actually worth but by what people think others are willing to pay for it.

Vice's investors knew it wasn't making its revenue goals, but they either (a) believed that they someday would or (b) believed it would get sold anyway and become somebody else's problem.

But Vice is not the only media company struggling to find a viable business model; straightforward advertising doesn't work when you're competing with Google and Facebook, which dominate digital ads to such a degree that the market has essentially become a “duopoly.”

In fashion and women's media, heavily funded brands include: Refinery29 (which has raised more than $125 million), Bustle Digital Group ($50.5 million), Goop ($82 million) and Who What Wear owners Clique ($27.6 million).

The question becomes: which of these brands has room to scale and which have already raised so much money on a story and associated growth plan that remain unrealised, making a profitable exit for their investors unlikely?

For 13-year-old Refinery29, what once seemed like an inevitable exit — a sale to Gap, Inc. or Amazon, perhaps, when those commerce businesses were desperate to get into the content game — is far less certain now.

The media brand, long-heralded for its ability to reach and understand young women continues to execute well. (Its newsletter is still one of the best in the business.) But it has pivoted its strategy so many times — most recently to focus more closely on events — that it is increasingly difficult to see a path to profitability. At the end of 2017, it laid off 34 employees, citing "the challenges and tough decisions that come with adapting to this turbulent moment in time."

Bustle, which has grown its audience through acquisitions and SEO-friendly explainer content, is earlier in its trajectory than Refinery29. It's also betting big on video and international expansion: two things that haven't yet worked for Vice but helped Business Insider sell to Axel Springer for about $450 million in 2015.

What's more, legacy publishers have caught on to start-up strategies: Vogue is now as click bait-y as Refinery; Cosmo has more than 20 million visitors a month. Vogue’s advantage is that it is still viewed as the safest environment online for luxury brands.

This all means that these start-ups must explore new revenue models and get them working as quickly as possible. Increasingly, it seems that the future of prestige media is a paywall. But it's not so easy when your content is primarily aggregation, and when your average reader is young and has little disposable income to spend on subscriptions.

For Goop, the answer to escaping Vice's fate thus far has been extreme diversification. The Gwyneth Paltrow-led brand hosts paid live events, publishes a quarterly magazine with Condé Nast, continues to leverage its engaged newsletter readership with quality content and has pushed heavily into e-commerce and physical retail, with its own Goop-branded product taking centre-stage across categories, from Goop vitamins and bath salts to activewear, fashion and home goods. (Paltrow's own celebrity and impressive filmography may be the ultimate marketing tool. For instance, it helped to instantly legitimise Goop's podcast.) Many of these levers are being pulled by other publishers — Refinery29 has had success with its 29Rooms event, for instance — but perhaps not as aggressively.

At Clique, which is smaller in size and influence than Refinery or Bustle, the strategy has been niche acquisitions — like College Fashionista — but also smart commerce partnerships. For instance, Who What Wear's ongoing fast-fashion collection for Target, which first launched in October 2015, has been extremely successful, spurring the big-box retailer to launch an activewear line under the moniker this spring. It also helps that Clique has raised relatively little money compared to its competitors.

That's comforting news. But regardless of the progress they're making, many of these businesses remain unprofitable. What's clear is that the two things they thought would save them — video, which is expensive and difficult to distribute, and a first-mover advantage — may not. In order to win, they'll have to make their existing revenue streams work harder for them. And they'll also have to figure out how to monetise social media in whatever form it takes next. Because right now, the only fashion publisher that's firing on all cylinders is Instagram.

In the end, just like Vice, a profitable exit is looking less and less likely for a lot of these companies. Does it mean investors will be more cautious in the long run? Probably not. There's always going to be someone willing to bet on the existence of a greater fool. 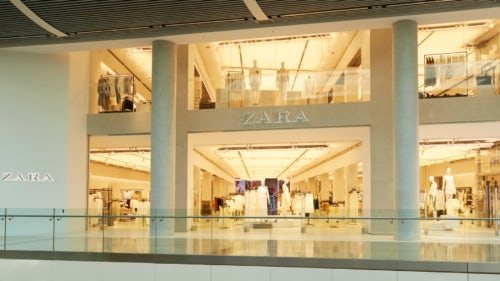 H&M reports flat sales growth for a second straight quarter. The Swedish retailer has seen sales stall, pretax profit shrink and its shares fall over the past couple of years due mainly to slowing traffic at its budget H&M stores, which account for the bulk of group business. Sales excluding VAT rose 1 percent to 52.0 billion crowns ($5.94 billion) in the second quarter, lagging the 3 percent rise to 53.0 billion expected by analysts.

Weak British market impacts Mulberry sales. Retail like-for-like sales fell 7 percent in the 10 weeks to June 2, as fewer tourists and shoppers in general dragged on its home market. Underlying sales in the UK were down 9 percent in the period, compared with a 1 percent fall in the previous year. International sales were up 1 percent.

Boohoo makes strong start to its new year. The company, which has expanded rapidly with the purchase of the PrettyLittleThing and Nasty Gal brands, said group revenue rose by 53 percent to £183.6 million ($245 million) in the three months to May 31. It reiterated its full-year outlook of revenue growth of 35 to 40 percent and adjusted core earning margin between 9 to 10 percent.

Canada Goose fourth-quarter revenue more than doubles. The company reported a net income of C$8.1 million ($6.16 million) in the three months ended March 31, compared to a loss of C$23.4 million a year earlier. Revenue more than doubled to C$124.8 million. The apparel maker said it expects revenue to grow at a rate of at least 20 percent for the next three years and adjusted net income per share growth of at least 25 percent.

Missoni sells minority stake to private equity firm. FS Mid-Market Growth Equity Fund will hold a 41.2 percent stake, while the Missoni family will continue to own the remainder of the business. Creative director Angela Missoni will remain president of the company, with her mother Rosita holding the title of honorary chairman. Michele Norsa, former chief executive of luxury-goods group Salvatore Ferragamo, who joined FSI last year, will join as vice president.

Mansur Gavriel exploring sale of minority stake. Founders Floriana Gavriel and Rachel Mansur are entertaining inbound offers from both strategic partners and private equity firms. The duo have hired William Sussman at New York-based advisory service Threadstone Capital to assist with a potential sale, although sources say none of these talks have yet advanced to something serious. 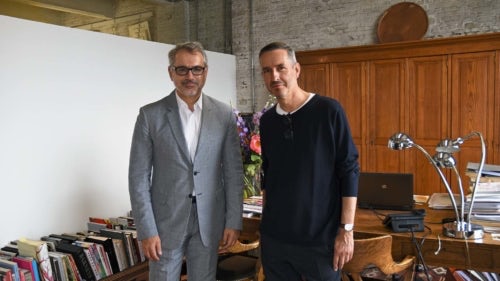 Dries Van Noten sells majority stake to Puig. The Belgian designer will remain a “significant” minority shareholder, as well as chief creative officer and chairman of the board, according to the companies. The team will remain in Antwerp, where Van Noten established his business in 1986. The financial terms of the deal were not disclosed.

Bottega Veneta names new creative director. British designer Daniel Lee, who was most recently director of ready-to-wear at Céline, begins in the position on July 1. He succeeds Tomas Maier, whose departure was announced on Wednesday after 17 years in the role. Under Maier, Bottega Veneta grew at a rapid pace, surpassing $1 billion in sales by 2012. But in recent years, Bottega Veneta has failed to keep growing and its profits have taken a hit

Guess chairman resigns following harassment probe. Paul Marciano has stepped down as chairman of the company he co-founded after a probe of sexual-harassment allegations by women including model Kate Upton. Marciano and Guess reached non-confidential settlement agreements with five individuals totalling $500,000 to avoid “the cost of litigation and without admitting liability or fault,” according to the company.

Christian Louboutin wins EU court battle over trademark red soles. The French designer went to court in The Netherlands and won a fight over trademark protection for his iconic red-soled stiletto shoes. The judges at the Court of Justice of the European Union (ECJ) did not follow the advice of the advocate general who said in February that the red colour could not be considered as being separate from the shape of the sole.

Instagram adds shopping tags directly into stories. The company started testing the feature back in 2016 with a limited set of 20 partners. Now it's expanding the feature and some retailers, including Adidas, Aritzia and The Kooples can tag and link directly to their products. Instagram users can click on the link and buy the item directly, without having to leave the app.

Macy's takes a minority stake in tech retailer b8ta. B8ta, founded in 2015, helps shoppers try tech gadgets before buying them, even if those products aren't yet in stores. For Macy's, the announcement is the latest in a series of moves to transform the shopping experience with technology and investments. It will use b8ta to expand its pop-up concept, Market @ Macy's.