The designer is pushing beyond the streetwear category in fashion’s capital without losing his focus on sustainability. First up: A collaboration with vintage remixer Sami Miró. 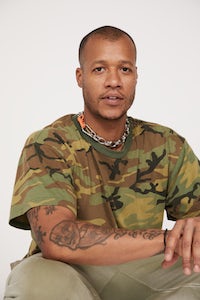 The designer is pushing beyond the streetwear category in fashion’s capital without losing his focus on sustainability. First up: A collaboration with vintage remixer Sami Miró.

PARIS, France — Heron Preston may not be a well-known name in mainstream fashion, like he is in the streetwear community, but the 36-year-old American designer is betting that’s all going to change this Tuesday on the runway in Paris.

As one of the founding members of the influential (and now defunct) fashion and music collective Been Trill, Preston is distinguished by his focus on sustainability as well as by his famous collaborators and friends, which include Virgil Abloh, Kanye West (for whom he worked) and Nike. His breakthrough moment came in 2016, when he designed a collection for the New York City’s Department of Sanitation. He launched his namesake label with the New Guards Group (which also counts Off-White in its portfolio) in 2017 and made his debut on the Paris runway in January 2019. According to New Guard’s most recent report, his brand generated a profit of €13.8 million Euros ($15.5 million) in the year ending April 30, 2018.

But for many in the industry, Preston is still in the shadow of Abloh and the larger streetwear movement, which has jumped from niche category to industry-wide obsession. Preston’s longtime friends Abloh (Off-White and Louis Vuitton) and Matt Williams (1017 ALYX 9SM), now present some of the most anticipated collections of the season. 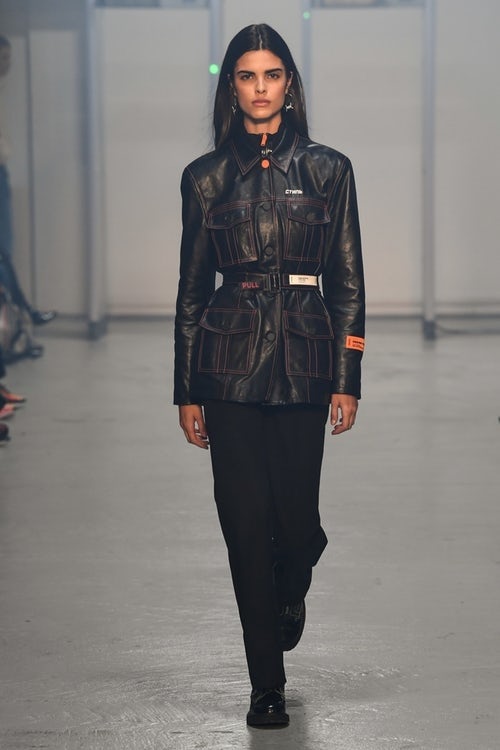 So Preston is using his platform on the Paris runways to change the narrative, refining his brand’s identity and pushing the limits of what is considered streetwear. That means producing more than T-shirts and sweatshirts, adding tailoring, too. It means offering more for his female shoppers –though Preston has offered a few women’s pieces since 2017, the Autumn 2019 collection marked the first time he made a substantial women’s line. And it also means an increased focus on environmentally friendly materials, a priority which separates him from his streetwear peers.

This season, Preston introduced new renewable materials such as pineapple leather, recycled nylon and recycled tweed. He also enlisted Dattner Architects to design a low-waste set for his show made only of materials that can be repurposed or recycled. The firm is known for award-winning buildings including the crystalline “Salt Shed” in New York City, a roadworks warehouse where Preston presented his collaboration with the Sanitation department in 2016.

“DIY [do-it-yourself] is defining this streetwear movement now,” said Preston ahead of Tuesday afternoon Spring 2020 Paris show. “I look at the youth as really driving the culture ... They are starting to deconstruct their clothes and piece them back together, creating hybrids of things.”

Preston is taking DIY seriously on the runway, too. On Tuesday he will present a new collaboration with Sami Miró, a designer, influencer and internet It-Girl known for tweaking and redesigning vintage looks. She used that approach on denim pieces from past Heron Preston collections, some of which will feature logo-heavy patchworks.

Other collaborators for the Spring 2020 collection include Levi’s, which worked with Preston last season, Gortex and New York-based painter Robert Nava.

Preston wants his Paris audience to think differently about him, and the streetwear category as a whole. “It’s redefining expectations and pushing the boundaries of a box that streetwear designers fall in,” he said. “I’m really interested in opening new doors within the category.”