STOCKHOLM, Sweden — Over the past five years, the streetwear aesthetic has taken high fashion by storm, led by labels like Off-White, Gosha Rubchinskiy and Vetements. “High fashion has always turned to the streets for inspiration and now more than ever [streetwear] is dictating what’s landing on the runways and shops around the globe,” says Jeff Carvalho, managing director of influential streetwear and youth culture title Highsnobiety.

And where fashion goes, fast fashion is rarely far behind. Sweden’s H&M, known for its ‘cheap and chic’ catwalk knock-offs, was relatively early to the streetwear opportunity. Back in November 2010, H&M acquired Weekday — a youth-centric, Stockholm-based retailer inspired by Scandinavian street style — after buying an initial stake in the company in March 2008.

Now, the group is accelerating Weekday’s expansion with a second store in the British capital. The new store, which opened Friday in Westfield Stratford, a major shopping centre in East London, follows a wave of openings in Austria, Belgium, France and the Netherlands, bringing the size of Weekday’s retail network to 32 stores. The label has e-commerce operations in 18 countries. 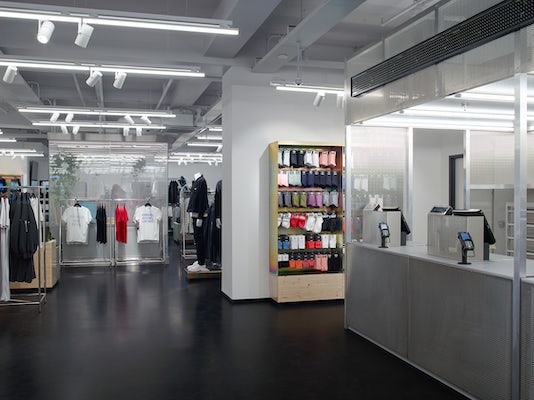 At Weekday’s slick Central London store, which opened on Regent Street in late August, a DJ is playing Goosebumps by American rapper Travis Scott, while staff are dressed in Weekday’s newest products, from affordable sports socks for £4 ($5) to signature unisex denim for £40 ($50) to colourful puffer jackets for £70 ($90). The label releases stock on a nearly weekly basis as part of its strategy to engage young consumers through its constant stream of new products and original editorial content posted on its website and social channels.

“[Weekday] is inspired by youth culture, but it’s more about a youthful mindset and spirit than about a certain age,” said David Thörewik, managing director of Weekday. “We don’t follow [seasonal runway] trends,” added Weekday creative director and head of design Louise Lasson, whose design aesthetic often explores the contrast between minimal and more fashion-forward pieces.

“It’s an approachable, on trend brand that taps very well into the [demographic] by setting price points that are friendly to the casual style buyer,” says Carvalho.

It is with that same ethos that Weekday founders Örjan Andersson, Adam Friberg and two friends launched their small multi-brand boutique in a Stockholm suburb back in 2000. “The store was only opened Saturdays and Sundays; hence it was called Weekend,” said Thörewik, adding that despite the shop’s remote location, Weekend quickly gained a cult-like following.

Still, the company remained largely unknown outside of Sweden until H&M bought fabric Scandinavien, Weekday’s parent company, which also counted Cheap Monday and Monki in its portfolio. “[The sale] was prior to my time, but being part of a bigger organisation has a lot of advantages,” explained Thörewik. “The group’s brands complement each other so of course we share some functions in terms of infrastructure, but we work with full autonomy when it comes to creating [Weekday] and its customer experience.”

“Reaching new consumers is increasingly important for H&M and its smaller brands will be instrumental to the group’s growth in the future,” said Samantha Dover, senior retail analyst at Mintel. “Weekday differs significantly to other brands within the group’s portfolio with its politically-charged messaging reaching a different audience. The key to [Weekday’s] success is that it not only taps into the robust demand for streetwear, [but] it’s empowering its young shoppers, encouraging them to take a stand on the cultural and political topics.” 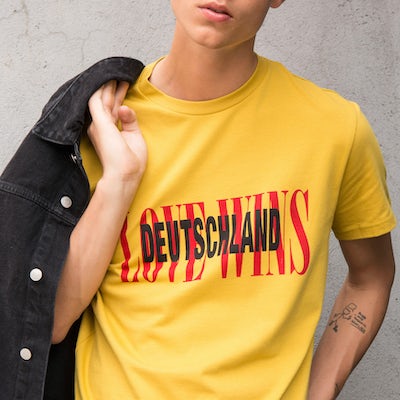 In 2011, Weekday launched a project called Zeitgeist whereby, each week, the label screen-prints t-shirts and tote bags in its in-store studios with designs reflecting current affairs — often political — close to Generation-Z and Millennials. Recent examples include a “Love Wins Deutchland” release, celebrating Germany becoming the 23rd country in the world to legalise same-sex marriage; a “Make London Europe Again” print for its Regent Street store opening; and “Fight Like a Girl” products, in support of The Women’s March against Trump. The approach is something like merchandise that mirrors and operates like media for a social media-obsessed audience.

Merch emblazoned with “Beyoncé’s Twins are Geminis” was also released in time for the birth of the singer’s twins, which instantly become a hit among Weekday’s 220 thousand Instagram and 100 thousand Facebook followers.