The economic indicators coming out of China since the start of the year have been nothing but negative, prompting action from the country’s government to stem the worsening slowdown and a flurry of warnings from international luxury players on the potentially disastrous impact of falling Chinese consumer spending.

Official Chinese government data revealed that international trade was down in December — imports dropped by 7.6 percent that month, while exports fell 4.4 percent — and a major year-on-year drop in the consumer confidence index, down to 99.4 in the last quarter of 2018, compared to 105.1 in the same period in 2017.

This week, the People’s Bank of China also announced a 560 billion-yuan ($83 billion) injection into the country’s financial system to sure up liquidity, a move commonly made by the central bank ahead of the Chinese New Year holidays, which this year runs February 4th to 11th, though the amount of the latest injection is a record high.

The luxury industry is particularly exposed, given its reliance on Chinese consumption, and is waiting uneasily to see how things will unfold.

“Today more than a third of global luxury goods sales depend on Chinese consumers buying — either at home or abroad,” said luxury analyst Luca Solca. “A macroeconomic slowdown in China would therefore produce material headwinds for the industry — triggering a sort of ‘triple whammy,’ as organic growth, operating leverage and valuation multiples move in lockstep.”

The impact is already being felt in market for luxury watches, with the Federation of the Swiss Watch Industry reporting a slump in China sales in November, and the country’s watchmakers lowering their expectations for orders over the next three months. And major luxury players LVMH, Richemont and Tiffany & Co. have all identified China’s economic malaise as the reason for lowered performance and expectations in recent months.

Along with the response from China’s central bank, the government has unveiled a series of tax cuts in recent weeks, designed to bring relief to private enterprises, manufacturers and individuals. The authorities have also promised an increase in public spending, though finance officials have been careful to characterise the stimulus measures as “small” rather than “strong.”

Much of the pain currently being felt in China is a result of government-mandated reforms that have slowed the real estate market and forced both private and state-owned enterprises, as well as provincial governments to cut debt levels. Further pressure on the economy will test the resolve of the central government to try to spend their way to economic recovery, and thereby once again worsen the precarious debt situation.

Adding to the unease is the ongoing trade conflict between China and the US, with the next round of tariffs due to kick in after a March 1 deadline.

“A slowdown would be made worse by an escalating international trade confrontation with the United States. The luxury sector — and the whole equity market, for that matter — have been hanging in balance in the past few months, as investors are trying to gauge how serious a Chinese slowdown could be, as well as the likely moves by the Chinese and American administration,” added Solca.

Though the trade war has long been a major part of the risk narrative for luxury brands and the China market, the Boston Consulting Group (BCG), a global consultancy, said this week that China’s broader macroeconomic slowdown would have a bigger impact on the luxury sector than any increases to tariffs.

“What’s more dangerous [for the global luxury market] in the next three to five years is Chinese demand — whether it would be slowing down will be much more important than the impact from tariffs,” said Christine Barton, senior partner and managing director at BCG, during a keynote speech in New York.

By 2024, 40 percent of luxury goods consumption is expected to be driven by Chinese consumers, who will account for 70 percent of sales growth, according to data from BCG.

The upcoming Spring Festival holiday is a traditional barometer of China’s consumer confidence and will be an important indicator of how much consumer spending has been impacted by a broader economic slowdown.

“Given the current uncertainly on how this trend will evolve during the year, I expect a prudent attitude of the brands and a focus on reacting promptly to changes in market conditions in terms of stock levels, marketing spend, product assortment and pricing,” said Ortelli.

Over the recent three-day public holiday to celebrate the Western new year, retail sales grew more than six percent in Beijing and more than 10 percent in Shanghai year-on-year. China’s Ministry of Commerce is predicting a nine percent rise in retail sales this year, a similar rate to the 9.1 percent recorded over the first 11 months of 2018 (the most recent figures available).

More clues as to the severity of the slowdown are expected on Monday, when the government releases fourth quarter GDP data. Off the back of third quarter growth of 6.5 percent, the lowest rate since 2009, analysts are predicting a further slowdown, anticipating a growth rate of 6.2 to 6.4 percent. 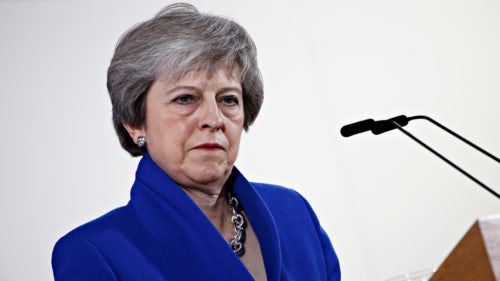 The British Fashion Council lends support to second referendum after Brexit deal flops. Following a stinging defeat of Theresa May's Brexit deal in parliament, the BFC is pushing for a second referendum on the UK's departure from the EU. The fashion sector relies heavily on imported materials and international talent and is particularly vulnerable to Brexit-related headwinds. Prominent members of the UK fashion establishment have vocally opposed the country’s separation.

Swiss watchmakers brace for slowing Chinese demand. Despite signs of slowing spending from Chinese tourists, Swiss watchmakers are still banking on demand from mainland China to fuel growth this year. Investors have been on edge over a softening economic backdrop in the country, and weak Chinese trade data this week sent shares in luxury goods companies that rely heavily on Chinese customers tumbling.

Boohoo raises forecast after strong Christmas growth. The online fashion retailer lifted its growth forecast for the year to a range of 43 percent to 45 percent. Sales for the four months through December 31 were up 44 percent. Boohoo’s growth has been led by popular brands PrettyLittleThing and Nasty Gal, each of which saw revenue growth of more than 70 percent

LVMH takes minority stake in Gabriela Hearst. An investment arm of the multinational conglomerate has taken a minority stake in the New York-based luxury label. The exact terms were not disclosed, although LVMH Luxury Ventures typically invests between €2 and €15 million per deal. A source close to the ready-to-wear brand, known for its tailoring and focus on sustainably sourced materials, said it generated $15 to $20 million in sales revenue in 2018.

Online holiday shopping soared but in-store is still a big unknown. According to Adobe Analytics, e-commerce holiday sales jumped 16.5 percent from a year earlier to a total of $126 billion. The company measured online transactions from 80 top US retailers to compile the report. But with the federal shutdown delaying the release of US retail sales, for now the market only has a partial view of the picture. 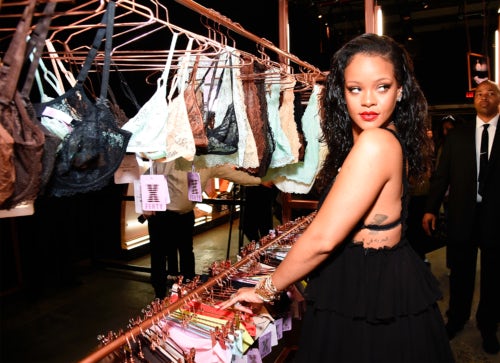 Rihanna at the Savage X Fenty launch in May | Source: Getty Images/Kevin Mazur

Rihanna reportedly launching luxury fashion brand with LVMH. The news follows the success of the singer's brands Fenty Beauty and Savage x Fenty lingerie, as well as her tenure as creative director of Puma. According to reports, the new business is expected to span ready-to-wear, leather goods and accessories. Meanwhile, Rihanna is suing her father for trading on her Fenty brand name and for suggesting that a business venture he set up in 2017 is associated with her.

Virgil Abloh's Louis Vuitton sales beat Supreme record. Abloh's first designs for the French luxury house sold 30 percent more in the first 48 hours than the LVMH's brand's collaboration with Supreme did in 2018. And there's more to come: the designer and Mr Porter have partnered on Off-White's largest collaboration to date — an exclusive capsule of 44 pieces that will be available on the e-commerce site on January 21. Abloh is also launching a jewellery line under his own name.

American Vogue apologises for misidentifying Muslim-American journalist. In the February edition of the magazine, writer and activist Noor Tagouri was photographed and misidentified as Noor Bukhari, a Pakistani actress. Tagouri posted about her excitement and subsequent disappointment on Twitter and Instagram, and Diet Prada helped draw attention to the mistake by reposting Tagouri's reaction. American Vogue has since issued a correction on its website and apologised on Instagram.

New York Magazine names a new editor as Adam Moss departs. David Haskell, a longtime deputy editor at the magazine, will become its editor-in-chief on April 1, inheriting a glossy biweekly and a suite of websites devoted to pursuits like fashion, food, shopping and politics. He succeeds Adam Moss, considered as one of the leading magazine editors of his generation, who is stepping down after 15 years, during which the title and its digital sites won 40 National Magazine Awards, more than other publication.

Rent the Runway launches exclusive designer lines. Each line will initially feature 10 to 15 items created by designers such as Derek Lam, Prabal Gurung and Jason Wu, but produced exclusively by Rent the Runway. The designers used the rental platform's customer feedback data about fit and preferences as criteria in developing each garment.

India's new e-commerce restrictions could hit online sales. New foreign investment restrictions in the country's e-commerce sector, which includes giants such as Amazon and Walmart-owned Flipkart, could reduce online sales by $46 billion by 2022. Under the changes, e-commerce firms in India will not be able to sell products via companies in which they have an equity interest or push sellers to sell exclusively on their platforms.

Nike launches $350 self-lacing shoe. The sportswear giant is launching the Adapt BB, the first-ever widely produced basketball shoe that incorporates self-lacing technology, in February. A two-inch motor encased in the middle of the sneaker's sole winds the laces at the touch of one of two buttons — one to tighten and one to loosen the laces. The new technology is a big bet for Nike, which vastly outperformed the broader market in 2018. (The company reported solid earnings in December, fuelled by what chief executive Mark Parker described as a strategy built around “ambitious digital transformation.”)