Among the talents now represented by Lens are photographers Lea Colombo and Christine Hahn, as well as artist Jeff Bark and the New York-based collective DIS. 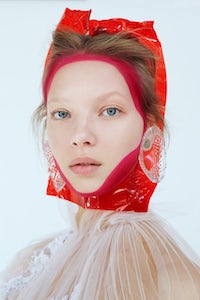 Among the talents now represented by Lens are photographers Lea Colombo and Christine Hahn, as well as artist Jeff Bark and the New York-based collective DIS.

NEW YORK, United States — Lens, the new agency for image-makers from WME-IMG, has signed a new host of art and fashion talent to its roster.

Among them are photographers Lea Colombo (previously represented by Streeters), Christine Hahn, best known for her work with beauty giants L'Oreal and Maybelline, artist-photographer Jeff Bark and the New York-based collective DIS, which has exhibited at museums around the world and also comprises of a stock photography agency and a retail platform.

Lens launched in April with seven multidisciplinary creatives including photographers, directors and filmmakers, among them Sebastian Faena and Russell James. The new signings will expand the agency’s portfolio into art, beauty, e-commerce and media platforms.

“We definitely see the incredible talent and vision with each of them,” says Steven Chaiken, director of Lens. “It’s about their potential. Not only in what they’re doing, but also thinking a bit bigger across categories and across the company.”

The agency also wants its newly signed talent to benefit from the WME-IMG network. “We’re able to seamlessly secure more traditional commercial and editorial work for our artists, while simultaneously plugging them into the bevy of opportunities and collaborations at WME-IMG,” says Chaiken.

“At it’s core, the way we’re building out Lens is really fundamentally about the artists — their ideas and creativity is guiding how the agency is evolving,” says Chaiken. “In a sense, the artists that we’re bringing on are creating a driving culture of the agency and not the other way around.”