NEW YORK, United States — The first two weeks of US president Donald J. Trump’s tenure have spurred a number of business leaders to speak out.

Senior executives from several major companies — including Apple, Facebook, Google, Nike and Starbucks — have publicly opposed Trump’s executive order banning all people from seven Muslim-majority countries from entering the US for 90 days and freezing the nation’s refugee program for 120 days, indefinitely barring all refugees from war-torn Syria.

“At a time when diversity is at stake, I want to reaffirm how crucial this value is to me and to Kering," he said via the company’s corporate Twitter account. "Diversity of origin, opinion and belief is part of our identity and our success."

To be sure, fashion leaders have raised their voice on elements of Trump’s agenda that directly impact their business interests. Last week, more than 100 trade groups and retailers, including LVMH and Target, launched a coalition to fight a Republican Party proposal, backed by Trump, that would levy a so-called “border adjustment tax" on companies importing goods for sale in the US.

“We’re a membership-based organisation and we do things that our members ask us to do on their behalf,” said Stephen Lamar, the executive vice president of the American Apparel and Footwear Association, which is part of the coalition. “This issue has really created an unprecedented level of concern among our members, large and small, public and private. We’ve reacted to that.”

“My compass tells me that when it’s directly impacting my businesses — the welfare of my company, employees — I’m left with no other choice,” said Thomas Nakios, owner of apparel firm the Nakios Group, who recently wrote an op-ed in The New York Times opposing the border adjustment tax. “This thing is kind of crazy. I could wake up one morning and find that this is my reality.”

It might be time for us to look for leaders from high-growth companies in fashion to really take the lead here.

On Monday, in response to rising threats to abortion rights, the CFDA — with more than 40 participating brands, including Narciso Rodriguez, Tory Burch, Public School, Carolina Herrera and Diane von Furstenberg — also launched a campaign called Fashion Stands With Planned Parenthood. “Extreme politicians are trying to defund and shut down Planned Parenthood, but this is not what Americans want,” the CFDA wrote in a press release. “If these politicians succeed, it will be a national health disaster and devastate care.”

And on Wednesday, BoF joined the movement with the launch of #TiedTogether, a global initiative that aims to demonstrate the power of a community in unison. Supporters — from designers and celebrities to editors, influencers and fashion fans — are encouraged to wear a white bandana as a symbol of unity and inclusivity for all humankind. The campaign will kick off at Tommy Hilfiger’s Los Angeles runway show on Venice Beach on Wednesday evening, and will be amplified at several runway shows during New York Fashion Week and beyond.

And yet, while there is a notable, and growing, swell of support for such initiatives, there are still executives from several major public companies reticent to speak out — even in an apolitical way — in fear of alienating an already-shrinking customer base in an extremely challenged selling environment. As retailers struggle to retain market share, many fear rocking the boat.

“I think that there are a bunch of large companies within the fashion and retail sectors that are in decline and those brands and companies, if they’re not super strategic from a business standpoint, I don’t know how we should expect them to be strategic from a policy standpoint,” says Neil Blumenthal, chief executive of Warby Parker, a venture-backed eyewear brand that signed a public letter opposing Trump’s Muslim ban put forth by Tech:NYC, a nonprofit that represents New York-based technology companies and was listed as one of companies on the amicus brief filed Monday in opposition to Trump’s immigration ban.

“It might be time for us to look for leaders from high-growth companies in fashion to really take the lead here,” continued Blumenthal. “That being said, I do think that the industry, in aggregate, has been really outspoken. However, those messages are fragmented with individual voices rising up on Instagram.”

Undoubtedly, fashion business leaders — many of whose balance sheets look less healthy than those of Silicon Valley’s tech titans — see risk in speaking up. After all, several well-positioned, non-fashion companies — as with Starbucks’ 2015 “Race Together” initiative — have received pushback from consumers after launching mission-driven campaigns.

But in which circumstances is it worth it to be vocal?

“There is definitely a risk, but there could also be a reward,” said Leslie Gaines-Ross, chief reputation strategist at public relations firm Weber Shandwick. “One out of two consumers think that companies should speak out on behalf of important, critical societal issues. But it has to be related to your core business.”

“CEO activism” — when corporate leaders take a political stance — has grown more common over the past half decade. “CEO activists have spoken out on topics ranging from climate change to LGBT rights and race relations to gender equality,” explained Duke University’s Aaron K. Chatterji and Harvard Business School’s Michael W. Toffel in a 2017 working paper. “CEO activism can shape public opinion by framing the public discourse as effectively as statements by politicians or unattributed remarks.”

The implications for sales are more difficult to discern. In their report, Toffel and Chatterji found that when Apple chief executive Tim Cook spoke out in 2015 against Indiana’s Religious Freedom Restoration Act, which was criticised for opening doors to discrimination against lesbian, gay, bisexual and transgender individual, some consumers responded positively: “In summary, for same-sex marriage supporters, Cook’s framing bolstered purchasing intent, especially when he described RFRA as discriminatory toward gays and lesbians.”

But there are few case studies to reference and many fashion and apparel companies are playing it safe, avoiding overt political statements. When American department store Nordstrom decided not to stock the latest Ivanka Trump collection in its stores, for example, it issued the following statement: “We've said all along we make buying decisions based on performance. We’ve got thousands of brands – more than 2,000 offered on the site alone. Reviewing their merit and making edits is part of the regular rhythm of our business. Each year we cut about 10 percent and refresh our assortment with about the same amount. In this case, based on the brand’s performance we’ve decided not to buy it for this season.” 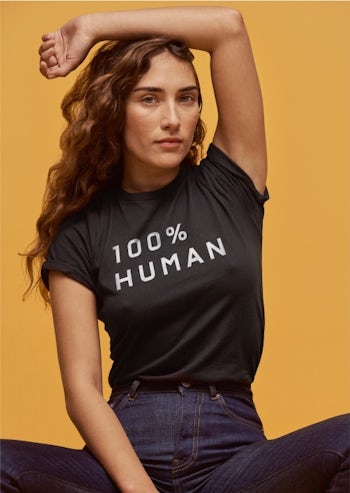 For companies with an overt social mission, the choice to speak out may be simpler and yet more complicated at the same time. Everlane, an apparel company built on the idea of transparency, launched its “100% Human” collection on January 18, two days before Trump’s inauguration and more than a week before the administration’s immigration ban was ordered. But the initiative proved prescient. For every product in the collection of t-shirts sold, the San Francisco-based company donated $5 to the American Civil Liberties Union. The first run of the collection sold out entirely.

“It was less about a political statement on our on end — more a sense of ‘Hey, how do we address this moment of divisiveness?’” said Everlane chief executive Michael Preysman. “What’s important is to stick to the values. Some companies where you see pushback, it’s not clear why the chief has that position as it relates to the value or identity of the business. At Everlane, we’re for transparency and ethical standards. It ties to our social mission. We all have personal opinions, but those don’t necessarily tie to the values of our companies.”

But even at traditionally quieter companies, increased pressure from consumers and employees alike are forcing executives to speak out. The rising roles of brands as means to construct and convey identity — as evidence through the increase in social-mission-based businesses — combined with the rise of direct relations between consumers and companies because of social media, has accelerated this. Companies, such as Uber regarding the immigration ban, have been called out by consumers for not taking a stance quickly enough.

“Most companies were willing to give the new administration some runway, but the immigration ban ignited a lot of discussion of company values and the responsibility to honour the principles the company stands for,” says Gaines-Ross. “CEOs felt tremendous pressure to speak out on diversity and inclusion.”

“It goes back to the strategy of what’s going to be most impactful,” Blumenthal says. “We thought that these first steps were likely to have the biggest impact because we were using our standing as Warby Parker to hopefully influence members of Congress, influence the White House itself, also to support legal efforts. I think these are pieces of a large opposition that has caused the administration to do a walk back.” (Including stating that green card holders were exempt from the Muslim ban.)

“We didn’t think it was necessary to activate our customer base,” he added. “I don’t think that it would be appropriate to try and leverage this to drive sales.”

Dear BoF Community: In an industry where visuals often speak louder than words, The Business of Fashion invites all of its readers, partners and supporters to unite by making a singular visual statement: wear a white bandana as a sign to the world that we believe in unity and inclusivity for all humankind. Click here to learn more about our #TiedTogether initiative, and how you can get involved.

Defiant in the Face of Trump, Fashion Marches