LONDON, United Kingdom — Walking into Tim Walker’s office in East London is a little like stepping into one of his photographs. The converted former factory block feels like a cosy, fairytale cabin. Copies of Italian Vogue’s December 2015 issue — which Walker shot in its entirety — are on the oak table, while his rescue dog Stig snoozes by the stove.

Known for conjuring childlike dreamscapes and dark fantasy worlds, Walker’s distinctive (and much mimicked) style can be found in American, British and Italian Vogues, as well as Love magazine. His images seamlessly blend incongruous references — “Fellini crossed with Sarah Moon crossed with Dirk Bogarde crossed with Virginia Woolf,” he offers — and even in his portraits, you can sense a natural inclination for narrative. “Its just innate,” he says of his style, pinpointing Albert Lamorisse’s book and film 'The Red Balloon' as an early influence.

Walker has a long-standing relationship with Italian Vogue, but last January, Franca Sozzani called him out of the blue with an unexpected offer. “[She] said: ‘We’re changing things; we’re going to sandwich every other issue that [Steven] Meisel does with a different photographer. I would like you to do the December issue,” which was a huge undertaking, he admits. 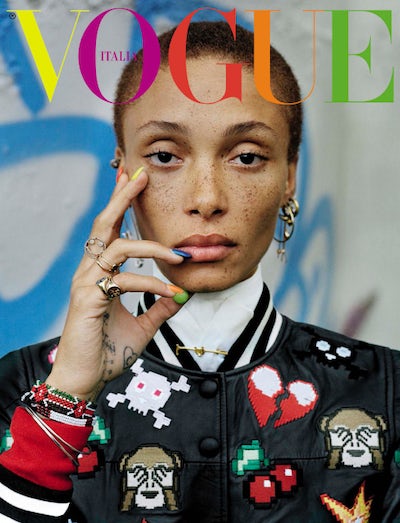 Asked by Sozzani to choose a theme for the issue, Walker picked horses: “Difficult to draw but very good to photograph,” he explains. A visit to Charleston House in Lewes, Sussex — the famous haunt of the Bloomsbury set, a group of literary and artistic bohemians working in London at the turn of the 20th century — sparked his imagination for the first shoot. “It was this idea of Virginia Woolf riding to see Vita Sackville-West, and it then led to the Bloomsbury set,” he remembers. To handle the animals, Walker brought in trainer Tony Smart, who trained the horses used in 'Gladiator,' and for the models, he cast Jamie Bochert, Christina Carey, Anna Cleveland and Erin O’Connor, choosing them for their cinematic beauty. The whole shoot, named ‘Rebel Riders,’ took two days to complete.

Working alongside Walker was his partner, the stylist Jacob K. “Jacob and I worked very closely on the whole issue,” he says, which also featured fashion shoots with Kate Moss, Edie Campbell and Karen Elson. “I laid it out and then I took it to Milan and presented it. They didn’t change a lot in the end.”

Born in Guildford, Walker, who is now 45, moved to the coastal town of Bridport, Dorset, after his father was made redundant. There, his parents began renovating old buildings; his mother decorating the houses’ interiors, while his father handled construction. “I basically grew up on a building site. It was a very happy childhood,” he says. As a teenager, Walker discovered he had a knack with an Instamatic camera, and subsequently spent a year as an intern at the Condé Nast library.

In 1991, Walker enrolled at Exeter Art College to study photography, where he learned to use everything from a Bolex, to Super 8 and a basic Pentax 35mm. After he finished his studies, he began assisting Martin Thompson in London. In 1995, he paid his own way to accompany Thompson to New York, where he was shooting a shampoo commercial. As soon as he arrived in the city, Walker knew he had to stay. “You had [Irving] Penn there, [Richard] Avedon, [Bruce] Weber, these giants of photography. I went to meet Arthur Elgort and I had the most enchanting interview. He got out a big joint and we sat up in this little turret in his studio and I got high.” he recalls. Both Elgort and Avedon offered the young Walker jobs, leaving him “stuck with this terrible dilemma,” he remembers.

In the end, Walker accepted Avedon and became his fourth assistant, a position he likens to “going into the army. It was brutal. Avedon said: ‘Simplify it, don’t get caught up in cables and flashes.’ And his mantra was to only ever photograph what you love, to only ever put in front of your camera something that deeply means a lot to you — be it a rose, or a girl or a boy.”

At the time, Avedon was shooting the Versace campaigns fronted by Kristen McMenamy and Nadja Auermann. “He was an extraordinary communicator,” continues Walker. “The models would come out wearing these little black mini skirt suits with long, long legs. Avedon would say, ‘Right, you’re two crows on a branch who are fighting one another over a worm down below,’ and immediately they became two little black birds. It was always about battles, stories, sand storms and animals, about the fantasy and playfulness in an intensely dramatic way. He was very theatrical as a person.” The experience was seminal in shaping Walker’s own approach.

But the following year, Walker’s father fell ill and he returned to England. “I channelled all the sadness at home into photography; that black box sucks it all in. I had an immense outpouring of passion and storytelling.” He compiled a book of 50 black and white prints that he took to Lucinda Chambers, fashion director at British Vogue, who saw his potential (not before being told by the then picture editor he would never photograph fashion) and commissioned a shoot — ‘Land Girl’ — for which he shot model Iris Palmer at his mother’s cottage in Devon. In tribute to the opportunity, Walker included outtakes from the shoot in the opening pages of his Italian Vogue issue.

Today, Walker spends the majority of his time in London researching for shoots, and 70 to 80 percent of the work he does is editorial. His recent advertising campaigns include Lanvin, Aquascutum and beauty campaigns for Dior and Givenchy, but “What is very difficult about advertising photography is when people want a specific thing,” he says. “Photography doesn’t allow that, life doesn’t allow that. It’s very rare that the picture I had in my head is the picture that comes out. Photography is about freedom, chance, [the] moment, and then, precisely then, the light changes, the sun goes behind a cloud, people look miserable, wind picks up and everything looks beautiful.” 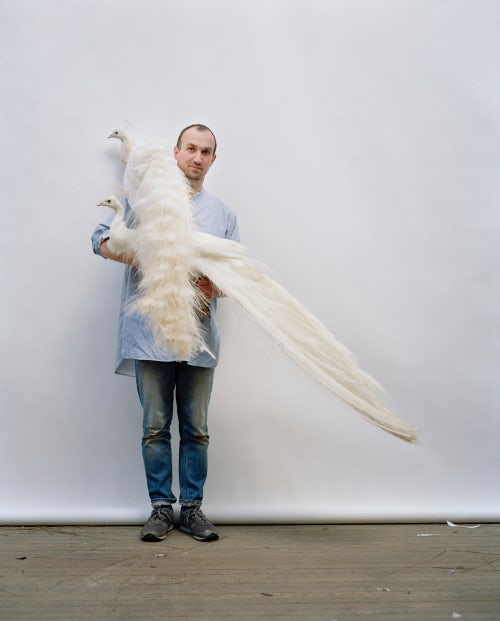 Unusually for someone working in an industry that is constantly seeking out newness, Walker consistently collaborates with a preferred group of models and creatives, including hairdresser Julien d’Ys and make-up artist Val Garland, both of whom worked with Walker on ‘Rebel Riders.’ He is also frequently drawn to the likes of Kate Moss, Karen Elson, Lily Cole, Agyness Deyn and Stella Tennant. “All photographers have to be in love with what they photograph somehow,” he says, echoing his former boss, Richard Avedon. “You can be in love with their bad mood, or their punk attitude, but in love with something.”

Remarkably, much of what you see in Walker’s photograph is true to life and not digitally imposed: that white Spanish horse did actually climb the stairs of Eglingham Hall for an Italian Vogue shoot in 1998, and the cheetah standing alongside Agyness Deyn in a British Vogue 2011 spread shot in the Namib Desert had been raised by a local sand tribesman after its parents were shot by poachers.

“I only shoot on film. I think real film and shooting in reality sets up a wall of parameters you can work within. Already, life itself offers so much scope. I have a rhythm and it’s a rhythm of 12 exposures on a roll of film. I really think about the picture when I take it. I’ve experimented a lot with a digital camera, but when I take a picture on my 6x7 camera that gives me a negative about that big,” he says, holding up the palm of his hand, “and I blow it up for a big print in a show, that’s what I love, that’s what I signed up for.” To date, Walker has had two big solo London shows: the first, 'Pictures,' opened at the Design Museum in 2008, followed by his 'Storyteller' show at Somerset House in 2012.

Walker himself is the antithesis of the flashy fashion photographer caricature. While many of his peers have taken on celebrity status, he remains camera shy. “I don’t feel a pressure to participate in social media. I look at Instagram on Jacob’s Instagram, I’m fascinated by it, but I think it’s such a vortex of time: suddenly two hours have passed and you haven’t done anything.”

Walker observes that the glut of catwalk images now available is sorting the wheat from the chaff when it comes to fashion stylists. “Why take a look directly off the runway that we have already seen and put it directly onto a model? The point of a fashion magazine is to style it into a story and a dream,” he says. “The true stylist is in short supply. There is a difference between stylists and fashion editors,” he says, name-checking Grace Coddington, Phyllis Posnick, Kate Phelan, Katie Grand and Jacob K as stylists “who are all great at creating characters.”

Does he still get excited by fashion? “I think inevitably there is a cynicism within the industry because there is such an increase in power and money. Louise Wilson [the late St Martins fashion MA course director] was right when she said, ‘Fashion is in fashion.’ When something explodes into a supernova of power there is a lot of cynicism that rides with it, and less truth, because it’s about money. But there is still an absolute need for the fashion industry to be about dreams and truth.”