NEW YORK, United States — Scan the navigation bar at the top of i-D magazine’s website and you’ll find categories like “Fashion,” “Beauty,” “Music” and “Culture,” alongside labels for sections sliced by content-type, including “News,” “Videos” and “Think Pieces.” There is one anomaly, however: “The Fifth Sense,” a title just mysterious enough to warrant a click.

As it turns out, “The Fifth Sense” is a content channel devised by i-D for Chanel Fragrance, a recent addition to the client roster of the style bible, which was acquired in December 2012 by global youth media juggernaut Vice.

Creighton, who founded the UK division of Vice in 2002 after working as i-D’s head of advertising from 1997 through 2000, believes the media and branded content behemoth, valued at nearly $4.5 billion in 2016, can do for fashion and luxury brands what it has done for advertisers in other sectors: create and distribute compelling content — especially digitally — that will reach large numbers of valuable millennials. According to the company, Vice currently reaches 250 million people monthly. In addition to Chanel, its fashion and beauty clients include Calvin Klein, Kenzo, Ivy Park, H&M, Tod's and L'Oreal.

“As soon as we started working with luxury and high-end brands… we saw that there was a huge tension in the ecosystem. How would brands go from having this exclusivity and feeling of untouchability to working with social media and digital media?” Creighton says. “They can’t ignore it; they don’t have the capability of control that they had before. By working with all the different mediums, we saw there was an opportunity there to derive an end-to-end solution like we do in other parts of Vice.”

We have always been a build-it company rather than a buy-it company, but the opportunities came up, and we took advantage.

But winning over sensitive fashion and luxury clients has long been a challenge for Vice, a company known for its brash, in-your-face approach. And starting with the purchase of i-D in 2012, acquisitions have played a key role in Vice’s fashion strategy. In rapid succession in July of 2016, the company also took controlling stakes in Starworks Group (SWG), a brand development and creative agency specialising in communications and content creation in the fashion and beauty industries, and Garage magazine, the art-and-culture publication founded by Dasha Zhukova.

“We’ve always had a slight disconnect with the [fashion] industry with what we were doing, because we’ve been incredibly honest in real situations,” says Creighton. “We have always been a build-it company rather than a buy-it company, but the opportunities came up, and we took advantage of those opportunities.”

i-D’s much-loved brand and fashion-savvy team offered Vice a highly credible way into the sector and its unique and somewhat insular culture. It also helped that, unlike Vice’s overall portfolio, i-D’s audience skewed female. Meanwhile, Starworks served as a direct pipeline into major — paying — fashion and beauty brands and Garage not only provided unique content, but also offered Vice access to a new set of creatives, who could be tapped for editorial and brand work alike.

“It makes sense for us to have a talent pool of artists, designers, photographers and filmmakers and so on that we work with across the Vice ecosystem,” says Creighton. “To reframe meaning for audience and brands going forward, the heart of it is creativity.” 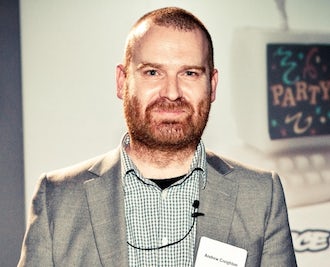 According to sources, integrating fashion acquisitions like i-D into Vice’s culture — perceived by some to be a testosterone-driven boys’ club — has not always been easy. But Creighton dismisses these grievances. “People are resistant to change and resistant to disruption,” he says. “It’s good for the audience, for the creator and for the brands as well. Anyone who is negative about it — if it’s based in logic rather than fear of change — we will always have that conversation. But fashion is one of the slowest moving industries. People say ‘no’ a lot. People say, ‘You can’t do this or that; that’s not how it works; that’s not how it’s done,’” Creighton says. “Frankly, I don’t care and have never cared about how it’s done. We’ve always done what we felt was right and what is best.”

Since the acquisition, Vice has transformed i-D into a powerful digital brand with a significant video footprint, publishing content in 13 markets. The company is expected to pursue a similar strategy with Garage.

By working with Vice, Creighton believes that fashion clients can have more meaningful global impact. “Say that you can have your image or video and put it on a website that reaches a few thousand people in one country, or reach like-minded people around the planet, in the millions, and expose your work to the right audience in China, Indonesia and Australia, Canada and Uruguay — we will always win that argument. We are investing in artists and creativity and making it more widely available. Anyone who thinks that’s a bad idea, because of some institutional fear of change, is wrong.”

In recent years, legacy publishers and digital upstarts alike have adopted Vice’s integrated-services model, offering not just traditional advertising products, but also native advertising and other branded content and distribution solutions. Yet Creighton isn’t fazed: “Vice prospered for a number of reasons, partly because of our ever-changing audience and our ability to adapt to that audience, and tell stories in all the mediums they wanted it to be told in. Fashion, with lots of notable exceptions, wasn’t always doing that.”

One such medium is video, where Vice has been a market leader, so much so that it has made an ambitious push into television, launching its Viceland TV channel, available in more than 80 countries by the end of 2017, as well as its nightly news show on HBO. Whether either of those projects will truly prosper remains to be seen, especially as the company’s youth audience turns to “cord cutting.” But there is still a large opportunity to own live-action fashion content, both online and off.

“While there have been some very beautiful pieces, there often hasn’t been any narrative story arc,” Creighton says of the fashion video and film that has been produced in the past. “What we’re trying to do is to make it fun. To dig in and see if there is a story worth telling.”