“My mother was born close to a fishing port, she grew up using ‘big catch flags’ to wrap packages from an early age,” the designer tells BoF.

Kubo was just one of the many Japanese menswear designers that made a splash in the French capital. Other names included Christian Dada, Kozaburo, Fumito Ganryu, Sulvam and Auralee, the minimalist cult favourite and winner of Tokyo city government’s second fashion prize. 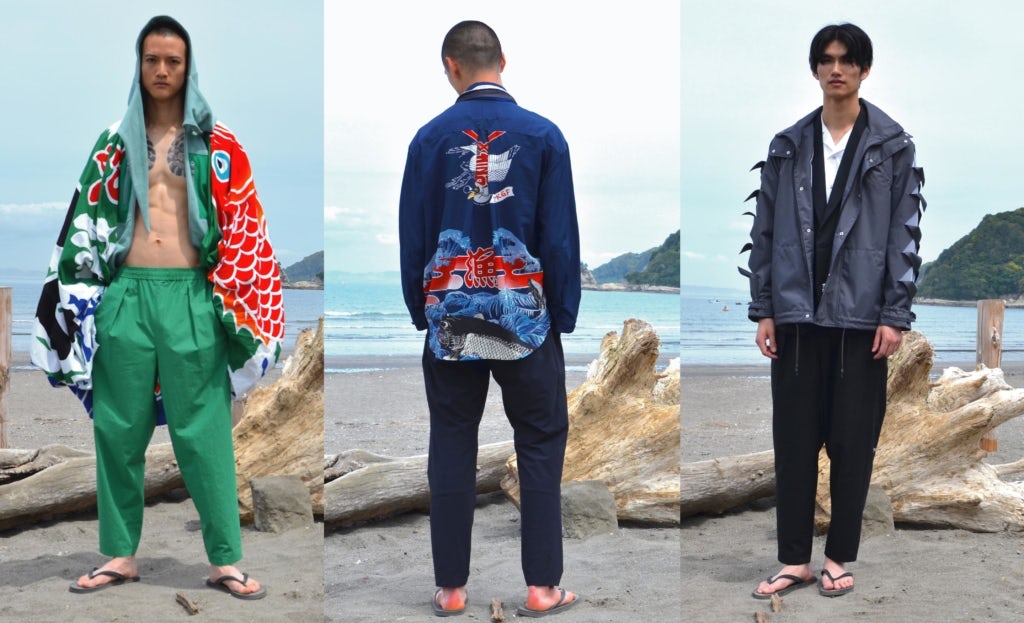 For those in the know, Japan’s menswear brands have long been the ones to watch. Indeed, their rise has been anything but an overnight affair. The collective effect of their trailblazing collections from decades past are still rippling through the global menswear scene today and show no signs of waning.

While insiders and menswear enthusiasts rejoice at the abundance of new and established Japanese exports making a play for their budgets, the local scene remains elusive to many.

“The language barrier has played a big part in giving Japanese designers a mysterious reputation,” says Japan Fashion Week’s Organization Director Kaoru Imajo. “But it’s also the case that many of them didn’t want to be in the spotlight.”

Bed J.W. Ford’s Yamagishi is only one example of those in the latter camp. “I think it’s true Japanese people are shy culturally, but I want to be a designer who receives attention and I’m not afraid to be watched,” says the designer, who made his global debut at Pitti Uomo last year and has shown in Milan twice since.

Young designers nowadays have changed and they want to develop internationally.

“It’s a great pleasure that what we do is getting known internationally,” Yamagishi adds.

Buying pieces from Japan’s menswear brands used to be somewhat of an ordeal. “There was a time when the only way to buy Japanese menswear was by going to Japan yourself, or using proxy services to have items shipped to you if you're making purchases online,” says Sajonas, who credits Union LA, Slam Jam Socialism, End Clothing and Haven with stocking labels that Japanophiles couldn’t find elsewhere. Thankfully for young designers and consumers abroad, things are changing.

“In the next 10 years, I feel more and more of these independent boutiques and online shops will crop up as a response to increasing demand.”

It all began in the '80s, when Rei Kawakubo and Yohji Yamamoto launched their menswear collections in Paris. “After that, the genre of Japanese fashion became respected, cutting edge and avant garde,” says W. David Marx, the Tokyo-based author of Ametora: How Japan Saved American Style. Issey Miyake and Comme des Garçons protégé Junya Watanabe have also gone on from this first wave of globally renown masters to launch commercially successful menswear collections. 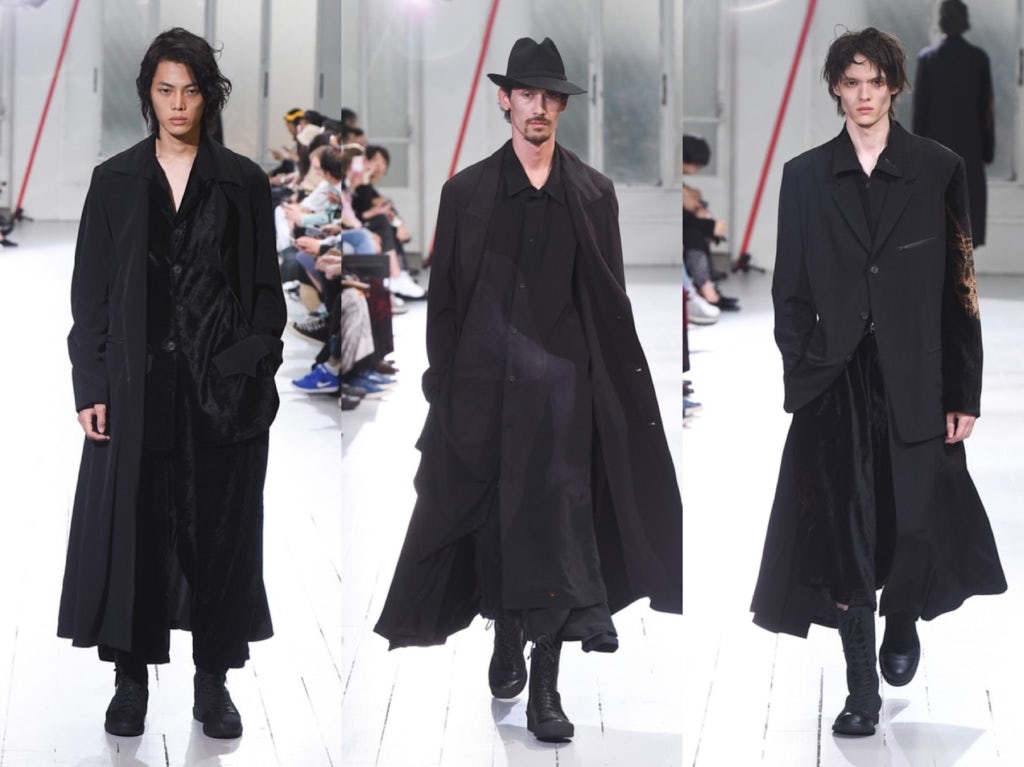 The masters’ initially controversial European debuts set the foundation for the country’s menswear scene and paved the way for now-established stalwarts. Consumers are spoilt for choice with the likes of Sacai, Jun Takahashi’s Undercover, Hiroki Nakamura’s Visvim, Takahiro Miyashita’s The Soloist and Hiroshi Fujiwara’s Fragment. Kawakubo and Yamamoto’s rule-breaking plays on deconstruction, relaxed tailoring and a limited colour palette have left a legacy, and a timeless one at that.

Subcultures have shaped Japanese design in ways that continue to reverberate through fashion today. “Japan in itself is just a hotbed for emerging subcultures,” says Hypebeast’s Senior Editor Felson Sajonas. The discovery of new subcultures means that trends evolve rapidly in Japan, inspiring new labels and fresh directions for existing brands.

During the '90s, Takahashi, Fujiwara and Nigo — of Bape (now Human Made) fame — set the scene for local streetwear brands through their links to the subculture’s origins in Tokyo’s Harajuku, reaching explosive levels through the hip-hop community in the early 2000s. “Everything we know about streetwear today, the whole mechanism of it, the limited edition goods and collaborations, all of it started in Japan,” says Marx. 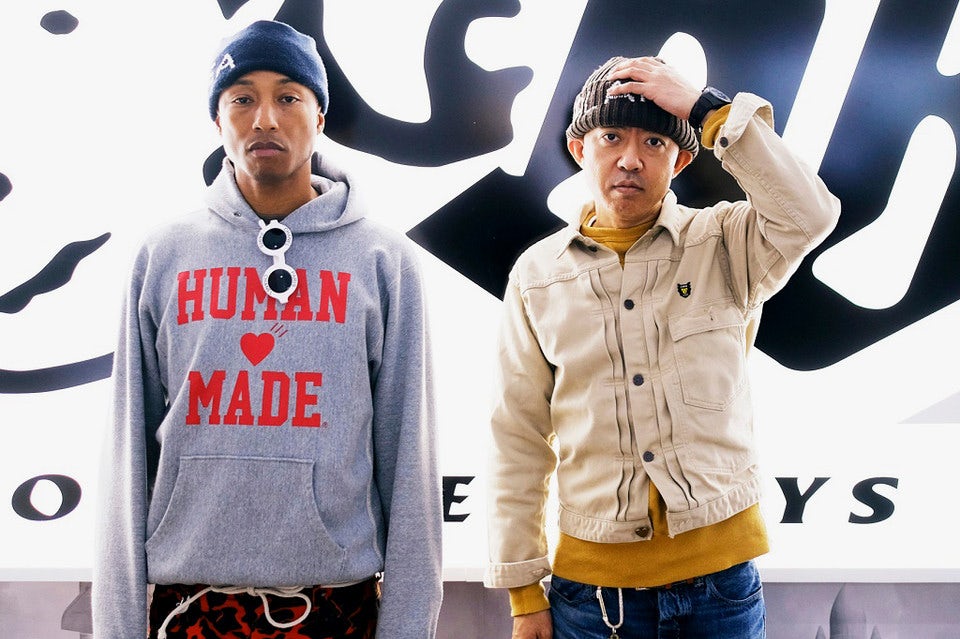 “That way of designing affected not only Japanese designers but many designers around the world,” Kogi adds.

All of this helped to propel Japanese menswear forward, earning it global clout. “Now, in the age of streetwear's heavy influence on fashion, a lot of Japanese brands carry this authentic badge of cool,” Sajonas continues. “It’s something that labels from other countries don't really have.”

Japan’s manufacturing masters are also to thank for the country’s strong menswear scene.

Melvin Tanaya and Lyna Ty — the designers behind Australian label Song for the Mute — are among the many creatives who travel to rural outposts in Japan’s Gifu and Ichinomiya to make their rounds at local textile mills, where they select yarns, finishings and collaborate with local craftsmen to come up with new fabrics for each of their collections.

Tanaya likens people who work in Japan’s 200-strong manufacturing districts to local chefs who spend their careers mastering a single type of local cuisine. “Each mill has its own specialty, be it wool, gabardine or synthetic.”

Designers can go to fabric mills and manufacturers and tell them exactly what they want, and if they want to go crazy detail-oriented, they can.

It’s no secret that Japanese production is a cut above the rest and this also enables local designers to consider the granular details of garments. “Because of how specialised artisans are, designers can go to fabric mills and manufacturers and tell them exactly what they want, and if they want to go crazy detail-oriented, they can,” says Marx.

This also means that designers are empowered to think outside the box and have been known to reinterpret American, British and French styles through a contemporary lens. “It is widely known that Japanese production is best in class,” adds Fiona Firth, buying director at Mr Porter. “Aside from these notorious manufacturing processes, Japanese designers are unique as they feel no pressure to conform to the ‘rules’ of tradition.”

While Japan’s artisans and manufacturers are knowledgeable about clothes in a way that others aren’t, its consumers are no exception. “Japanese men have very good eyes and do not buy what celebrities wear, but items that can be worn for a long time and in many seasons,” says Kogi. This exacting approach on both sides of supply and demand has refined and matured Japan’s menswear scene.

“They like knowing the stories behind the clothing and they know a lot about fashion,” says Gemma, who works with Chitose Abe on her globally successful label Sacai. “People there don’t just buy fashion, they study it.”

The Business of Small Brands

Locally, esteemed retailers United Arrows and Beams have played a big part in bringing indie menswear brands to the local and global masses, cultivating a wider appreciation for Japanese talent.

The former — a publicly listed empire spanning 243 points of sale — stocks local and global designers as well as sub-brands, which includes younger label Beauty and Youth and basics line Green Label Relaxing. It has also served as a gateway to European designers, having introduced the likes of Thom Browne and Chrome Hearts to the Japanese market.

Beams, a 41-year-old select shop, has 50 stores in Tokyo alone, global stockists for its in-house brand and offices in New York, Milan, London and Paris. Its national outposts include menswear and womenswear stores as well as golf, lifestyle and a variety of casual and deluxe multi-brand experiences.

“If you live in Japan, Beams and United Arrows are the core of the market,” adds Marx. “They’re as accessible as Gap, but they have cutting edge stuff.”

United Arrows’ Co-Founder Hirofumi Kurino calls his ubiquitous business a “box,” in which local shoppers are sure to find items they like. “Customers trust us as an honest merchant with a believable selection of brands and items of good quality.” Japan Fashion Week’s Imajo points out that the success of such retailers means that some small brands can survive simply by relying on wholesale, and in many cases are content doing so.

This may strike business owners in the West as odd. “There is a cultural element where people are happy running medium size businesses rather than saying, ‘How do I maximise the size of this?’” Marx tells BoF.

They’re putting a lot of money into producing very high quality expensive garments and they don’t make a lot of them.

“They’re putting a lot of money into producing very high quality expensive garments and they don’t make a lot of them,” Marx adds. “Someone in the US might have that approach at first, but whoever is financing will say, you can’t just make 10 jackets and be done with it.” But such is the commitment towards producing pieces of the highest calibre, which has made Japanese fashion what it is today.

For some established brands, it makes business sense to cater to the local market rather than aim for global domination. “There are a large amount of brands that sell perfectly domestically, but wouldn’t work on an international level,” says Julio Ng, director at creative consultancy Seiya Nakamura 2.24. “The sizing and cuts, the price point and look can be unsuitable for European clients.”

Regardless of a brand’s global ambitions, Sacai’s Demma reckons that it’s important for younger designers to find balance. “Japanese designers are very talented, but many need to recruit someone to manage the business side for them.”

As streetwear’s hype subsides, Sajonas reckons that Japanese menswear designers will need to pivot their brand offerings, be it “reverting back to more subdued designs, doing more unexpected brand collaborations or tapping what's influencing the youth market as early as possible.”

“We’ve had a few meetings with Japanese buyers who’ve said that streetwear is dying down,” Song for the Mute’s Tanaya concurs. “They’re already looking for something new, something minimal and luxurious.”

Meanwhile, obstacles await Japan’s manufacturing base. “The production base is going to collapse, just because everyone who works in these factories is [like,] 80 years old,” says Marx. “A lot of the production is going to move outside of Japan, which I’m slightly worried about.” 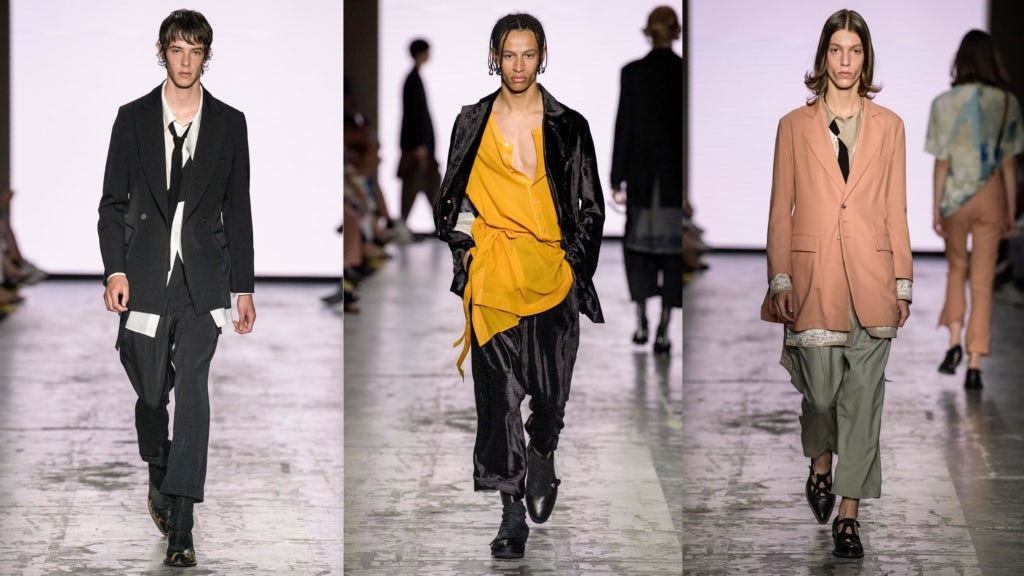 Bed J.W. Ford’s Yamagishi concurs. “We face huge problems with the ageing of the manufacturing sector,” he says. “High-quality fabrics, artisans and factories are our [strong suits] but we’re going to lack them. We really need to solve the problems before we think of fashion or trends, or the industry won’t last for long.”

In addition to a shrinking GDP, the country’s declining birthrate and ageing population — people aged 65 and above are expected to make up a third of its populace by 2050 — means that its fashion industry is skewed towards established masters, mature tastes and business models, and needs shaking up. “Japan, especially its men’s market, has a culture to worship the seniors,” says Kogi.

As social media and e-commerce continue their belated disruption of Japan’s retail scene, the strongest brands will need to adapt to a changing local market. “For [newer brands] to strive on a global level like [Comme, Yohji and Junya,] they'll need to fine-tune their market identity, something that's really hard to do in an overly saturated retail environment,” Sajonas adds.

But even as streetwear’s era ends, there’s little doubt that Japanese talent will continue to influence the biggest names in the global business for years to come. “If you look at streetwear’s history, Japan is there in the background, but the designer at Louis Vuitton isn’t Japanese,” Marx continues.