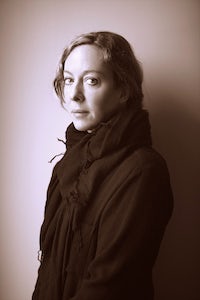 NEW YORK, United States — “Next week we’re shooting [in] upstate [New York]. We have to make a winter tree look like a spring tree… in 40 degree weather.” It’s a typical day at the office for Mary Howard, who as one of fashion’s most prolific production and set designers, fields this manner of request constantly.

Howard is the woman responsible for creating inspiring, photo-ready worlds for some of the industry’s most celebrated lensmen: Steven Klein, Patrick Demarchelier, Bruce Weber, Craig McDean, Mario Testino, Mert Alas and Marcus Piggott. It was Howard who was at Annie Leibovitz’s side when she travelled to Buckingham Palace to photograph the Queen, and likewise to the White House to capture the President and First Lady. Together with Steven Meisel, Howard has collaborated on more than 50 editorials for Vogue Italia, not to mention ad campaigns for Louis Vuitton, Balenciaga and Prada.

She situated Amy Schumer on a spare stool for her recent Pirelli calendar debut, framed Caitlyn Jenner in a warm metallic glow for her big Vanity Fair cover, and has produced dozens of spectacular sets for American Vogue over the past two decades. There have been planes, trains and automobiles; deserts and snowstorms; scenes from outer space. But just as she can amp up the elaborate, Howard can also give the illusion of the almost-invisible. “Because,” as she notes, “in the end, it’s not about the set. It’s about the fashion. And the girl.”

Growing up in New Orleans, Howard was exposed to a tradition of theatricality from an early age. “During Mardi Gras, I loved the night parades with the flambeaux carriers, and the day parades with all the costumes and the shiny stuff on the floats.”

“I always liked making things and my mom always encouraged that,” she recalls. “Then in high school, I saw a picture in Rolling Stone of The Allman Brothers asleep in the back of a car. Whoever took that picture had to be right there and catch that moment — that was really exciting to me. Turns out it was Annie Leibovitz, [who I now] work with.” 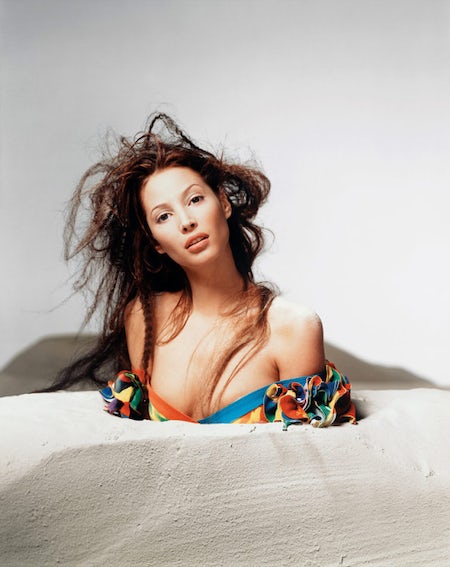 After receiving her MFA from Rutgers’ Mason Gross School of the Arts, Howard returned briefly to New Orleans to build Mardi Gras floats before bringing her talents to New York City. There, in the downtime from her day job at Macy’s Special Productions — where she ran the costume department and built floats for the Macy’s Thanksgiving Day Parade — she created freelance props for "Saturday Night Live" and Ringling Brothers Circus. “I would go home at night and sew things,” she says.

Howard's big break came in the late '80s, when the interior designer Robert Currie — who worked on window displays and shops for Chanel, Yves Saint Laurent and Calvin Klein — commissioned “a gold papier-mâché pumpkin for a window display.” Through Currie, she and the woman she had begun assisting — then-decorative painter Marla Weinhoff — were introduced to a fashion great. “He knew Richard Avedon, and Richard Avedon needed things,” Howard recalls. “At that point — around '89-'90-'91 — there was no such thing [as set design]. Grace Coddington told me that before [Marla and I began] doing it, she was having her assistant do it. Or Avedon’s assistants were going out and finding a beautiful chair or whatever they needed on set. So this whole industry was kind of born out of a random need from Avedon one day to have a set.”

Her first fashion project, together with Weinhoff, was Versace’s Spring/Summer 1993 campaign, shot by Avedon in a Manhattan studio: “We did a big beach set with sand dunes.” In one tableau, Christy Turlington is buried in sand up to her chest; in another, she is joined by fellow '90s supermodels Shalom Harlow, Stephanie Seymour, Kristen McMenamy, Kate Moss and Kate’s brother Nick Moss, all posed on a monumental piece of driftwood. Soon after, Steven Meisel and American Vogue came calling.

These days, Howard’s studio produces “about 650” shoots per year, she estimates. “Each year it gets busier and busier.” Three buildings within a block of Gowanus in Brooklyn serve as her home base: a 7,500-square-foot set shop for building; a 6,000 square-foot prop house where “hundreds” of pieces of furniture are “stacked high on shelves” and stored; and a third space for “all the small accessories, all my fabrics and backdrops that I love,” as well as offices for Howard’s studio manager and staff. 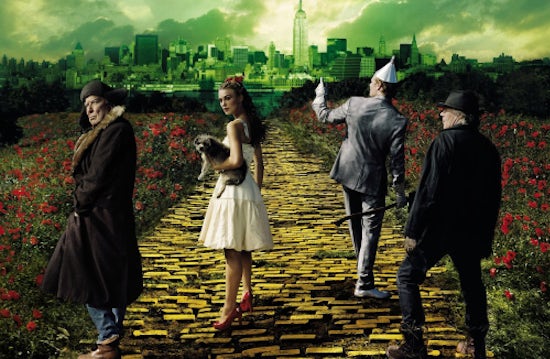 Kiera Knightley in US Vogue December 2005 | Source: US Vogue

Each shoot starts with extensive image research — Howard creates a binder of visual references to help illustrate the world her client is imagining. “Sometimes the photographer likes us to do a lot of image research, but sometimes we just do it for ourselves,” she says. Avedon used to sketch out his ideas, she recalls. “I wish I kept a couple of them, because I don’t know how I even got anywhere with the sketches. They were very rough.”

With Leibovitz too, realising the vision can be a “tricky” process, Howard says. “She sees the image before it happens. And that’s very challenging for those that work with her, to try to get where she’s imagining.” As an example, Howard cites the iconic "Wizard of Oz"-inspired US Vogue shoot starring Keira Knightley that they collaborated on in 2005. “For me, a yellow brick road is what I saw in the movie with Judy Garland. And that’s not even close to what Annie was thinking. She was thinking the yellow brick road is just bricks and more moss-covered and broken up. ‘Like an old Roman ruins,’ she said. ‘Like the Appian Way.’ She likes things that are breaking down and deteriorating. I remember that took me a while to figure out.”

Howard, too, has an appreciation for the aged and broken down. “My favorite [props] I’ve found on the street. They’re worn, they have a history to them. As soon as you put them in the picture, it already feels timeless. I found a beautiful chaise on the street [in Red Hook, Brooklyn] probably eight years ago and I’ve used it in so many pictures, I almost have to give it a back seat for now. As soon as a girl falls into it, it’s already a great picture.”

That element of the imperfect — “the old Irving Penn thing, where [hair]pins would be left on the floor of the set and he’d say, ‘leave it’” — gives a buzz to the picture, Howard says. “If things are a little bit crooked or a little bit off, it helps keep your eye moving.” To that end, “we rarely clean things [or] dust things. We definitely love a patina. I think it helps the light.”

On the day of a shoot, it’s not uncommon for Howard to bring two truckloads worth of supplies. “I really like to have my things there,” she says. “A lot of times one truck might be filled all with steeldeck. Or another truck might be filled with nothing but stools and chairs.” Stools are her prop MVPs, she says. “We bring stools to every single shoot. Even if we don’t get a brief for a stool, we can always use a stool.”

But Howard’s impact on set reaches much farther than furniture: she helps conceive the photographic vision. “We don’t just bring a prop to the set. The environment and the context — where’s the girl and what’s she doing in the picture? That’s what falls to us.” 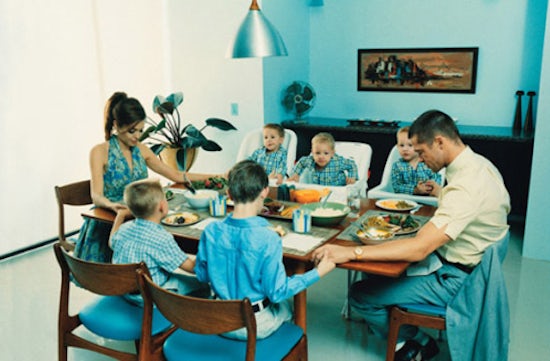 Even in the case of a minimal set, “it’s got to feel like something,” Howard says. “It can’t just be nothing. Sometimes I’m told by a client, ‘Well, there’s really no set.’ And in my mind I’m like, well there’s got to be a floor and there’s got to be a wall. She’s in a place. It’s not just her floating in air.”

Howard also caters to the unseen. “We don’t just build the little section that the photographer might shoot,” she says. “We build out a little bit geographically so that it’s a bigger set, so [the photographer] can feel like they really are in a world where they can move around and find different angles.”

“If someone’s sitting in an awkward position for a long time, we actually support them with pads and pillows underneath them, just to let them relax in the picture a little bit,” she continues. Or “if it’s a young model [featured in the shoot], you have to help them out with finding ways to sit, ways to stand, things to lean on — just sort of give them ideas.”

Howard’s impact reaches as far as small details like the food in a tableau: the “‘50s food — mashed potatoes, green peas and meatloaf,” for instance, that appeared in the W magazine editorial featuring Angelina Jolie and Brad Pitt and shot by Steven Klein in 2005 was Howard’s doing. Or she’ll alter the air’s appearance on set. “There are certain sprays that help give texture to the air in a picture, so it looks like film. With digital, everything is crystal clear and crisp in the picture, so [it’s] to add a little bit of layer of diffusion and haze in the air, like a cigarette smoke-filled bar.”

More often than not, Howard is the first to arrive and the last to leave a set. “Sometimes the set’s done two or three hours in advance. Sometimes we’re doing it right to the last second,” she says. “They light the set after it’s done, so until then I can only guess if it’s going to work. If I didn’t anticipate correctly how it was going to look, then I have to quickly react, figure something out.”