Rent the Runway Aims to Be ‘Amazon Prime of Rental’

The ‘Netflix for fashion’ platform has raised $125 million in a deal that values the company at $1 billion.

NEW YORK, United States —  Despite its bold vision, digital platform and hundreds of millions of dollars in venture capital funding, Rent the Runway doesn’t see itself as a disruptor. Rather, chief executive Jennifer Hyman said the company is simply responding to new consumer trends — namely the rise of the sharing economy and the growth of online fashion rentals — and helping the industry to adapt.

Rent the Runway dominates the market for fashion rentals in the US. Globally, the online clothing rental market is projected to reach a revenue of $1.9 billion by the end of 2023, according to Allied Market Research.

Along with the logistical challenges of collecting, cleaning and recirculating its garments, Rent the Runway had difficulty initially cutting deals with brands who believed that renting their garments would damage their carefully cultivated image. But the company says it is now signing about 100 new brands every six months and has netted desirable names like Marni and Proenza Schouler.

“Ten years ago, I was actively begging designers to consider rental," Hyman said. "Now most of the interest in Rent the Runway is inbound.”

Now, Rent the Runway has raised a $125 million round of Series F funding led by Bain Capital Ventures with participation from asset management firm Franklin Templeton Investments, in a deal that values the New York-based company at $1 billion. Impressive, but only a tiny fraction of the $100 billion valuation that Hyman says she is ultimately targeting.

The goal here is to create the Amazon Prime of rental, to usher in a new form of dynamic ownership

“The goal here is to create the Amazon Prime of rental, to usher in a new form of dynamic ownership,” said Hyman. “This round gives us the ability to have full control over our financial destiny,” Hyman continued, adding that a public listing was a future possibility. Three of Rent the Runway’s backers are institutional investors, including Fidelity, which led the company’s Series E round in late 2016. 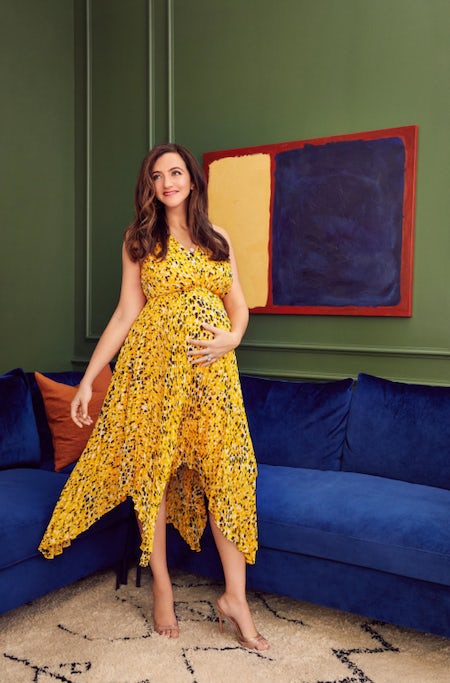 The latest funding brings Rent the Runway’s total financing to date to approximately $337 million. T. Rowe Price Group Inc. and Hamilton Lane Advisors also participated in the latest round, alongside all of Rent the Runway’s existing investors.

This equity round comes just six months after Rent the Runway secured a $200 million debt facility from Temasek, an investment firm owned by the Singaporean government. The urgency, according to Hyman, was demand created by the inventory that the company was able to buy from the credit facility.

"We [saw] that the subscription product offering had accelerated demand and also that there's a much wider market size potential than we had anticipated," she said.

The rental platform will use the new capital to grow its subscription business, which offers unlimited rentals and now makes up 60 percent of revenue. The service costs $159 a month for an “endless wardrobe,” allowing customers to rent up to four items at a time.

In 2016, Rent the Runway generated sales of $100 million, according to market reports. The company declined to reveal current revenue but said subscribers grew 160 percent last year — largely from word-of-mouth, according to Hyman.

Rent the Runway will also use its latest funding to expand into new product categories, such as streetwear. In January, it announced a set of exclusive clothing lines called the Designer Collective, in partnership with Derek Lam, Prabal Gurung and Jason Wu. Co-manufacturing these private labels allows Rent the Runway to offer revenue sharing with designer partners, an appealing offer for wholesale brands which have seen their accounts shrink with ailing department stores.

Earlier this month, Rent the Runway unveiled a partnership with home furnishing company West Elm to offer customers home decor rental items that could be part of their unlimited monthly subscription. The company has doubled the number of brands on its site in the past two years, according to Hyman.

The platform will also open a new distribution facility in Dallas next month, as well as a technology office in Ireland, a new hub for European talent in the field. But so far, Rent the Runway has no plans for international expansion.

“There’s a huge domestic opportunity here that we’re going after and we’ve only begun going after the market in this country,” Hyman said.

Rent the Runway CEO on Underestimating the Fashion Rental Market