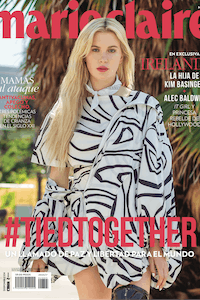 Since Jet.com co-founder Marc Lore joined Walmart as its chief executive of e-commerce after it was acquired by the big-box behemoth in September 2016 for about $3.3 billion, he has wasted no time working to shape Walmart and Jet’s combined presence into a real competitor to Amazon, which dominates e-commerce sales in the US and in many countries abroad.

So far under Lore’s watch, Walmart has acquired multiple apparel and accessories retailers, including Modcloth, Shoebuy and is reportedly eyeing Bonobos.

In March 2017, Lore announced that Walmart would launch Store No 8, a Silicon Valley-based tech incubator with the intention of creating businesses that “bring radical innovations to the physical, digital and virtual retail experience,” which can mean anything from efficiency-driven drone delivery to actually useful applications of virtual reality.

The startups within the incubator will be wholly owned by Walmart with access to the company’s resources, but executed with an entrepreneurial spirit.

The big mission is to make shopping magical and enjoyable for consumers. There isn’t as much magic in online shopping today.

Fleiss, whose team will be based in New York, officially exited Rent the Runway in March as it readies for an initial public offering. (She co-founded the clothing-rental startup, which most recently raised $60 million in a Series E funding round in December 2016, with chief executive Jenn Hyman at Harvard Business School in 2009.)

“I have missed the earlier stages of starting a business for a couple of years now,” Fleiss told BoF in an exclusive interview. She has been working on Code 8 since the end of March, hiring a team of engineers and executives tasked with examining the pain points that exist in modern shopping and addressing them through technologies such as machine learning and natural language processing. “The big mission is to make shopping magical and enjoyable for consumers,” she explained. “There isn’t as much magic in online shopping today.”

What types of products that “big mission” will result in is not clear. While it won’t disclose the amount of funding Code 8 or subsequent businesses within the incubator will receive, Walmart has given Fleiss what seems like carte blanche to iterate and experiment. “I think there will be pieces that we will showcase within the next year or two, but they’re letting us innovate, pursue new ideas and tech without the constraint of short term performance,” she said. “There’s a longer term view that’s being applied here.”

“The mandate is to look at things that are nascent, but have potential to be operationally viable in three, four, five years,” said Finnegan, who met Fleiss when she was running her own startup, the now-defunct shopping tool Hukkster. “Solutions or experiences that the customer didn’t realise they needed but can’t live without once they experience them.”

As for Walmart, “We are here to provide a sounding board, needs and expertise,” said Beal, who noted that he, Finnegan and Lore all sit on the Code 8 board. “Jenny gets to drive.” — Lauren Sherman

The launch of the title's May issue, out today, coincides with the start of Mercedes-Benz Fashion Week Autumn/Winter 2017 in Mexico yesterday, and leads the Mexican fashion industry in its support of the #TiedTogether message of solidarity, unity and inclusiveness.

The cover sees Baldwin wearing a white bandana by Tommy Hilfiger, who kicked off the initiative in February with his music festival-themed "Tommy Now" show on Venice Beach, Los Angeles. The movement then travelled to New York, London, Milan and Paris with Calvin Klein, Christian Dior and Valentino supporting #TiedTogether on the runway. Gigi and Bella Hadid, Zayn Malik, Julianne Moore, Naomie Harris and Aimee Song also joined the initiative, along with thousands of BoF community members, embracing the message of solidarity, unity and inclusiveness around the globe.

The #TiedTogether hashtag also features prominently on the cover of Marie Claire México & Latinoamérica. Editor-in-chief Pedro Zurita called for unity in his letter to readers, and “going back to the essence of humanity.” He wrote: “We chose Ireland Baldwin since she has used her voice to stand up against prejudice.”

On Thursday, Mexican multi-brand retailer Grupo Axo and the organisers behind Mercedes-Benz Fashion Week Mexico invited celebrities, influencers and local fashion industry insiders to a launch to raise awareness for #TiedTogether. Over the course of the week, designers and brands are expected to join the movement by wearing the white bandana and raising funds for the The American Civil Liberties Union and UN Refugee Agency. — Michael Edelmann

"I couldn't bear to see women walking around barefoot, dragging their beautiful dresses on the floor," Saltzman told BoF when asked about her penchant for Rocket Dog's platform flip-flops, which she says she buys by the dozen for celebrity clients to wear when their high heels become too painful.

But it was Saltzman's habit of customising the flip-flops to coordinate with her clients' gowns that led to her collaboration with the California-based footwear brand. "I'd design fun ones and sit there with a toolbox and put stones on them or paint them the colour of their dresses." 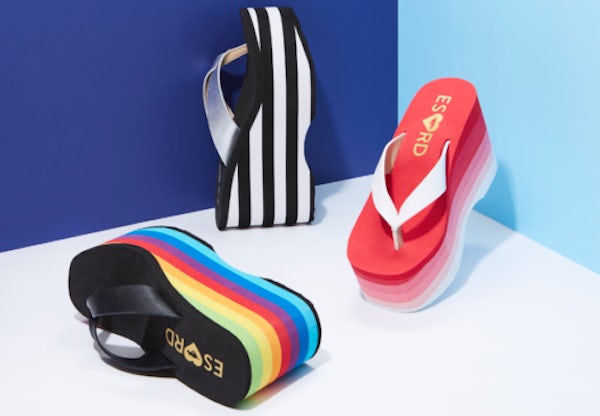 Not that the longtime Vanity Fair contributing editor had much interest in turning her hand to design: "I've been asked to collaborate a serious amount of times with brands, however I'm not a designer and I don't want to be one," she insisted.

It was one of Saltzman's colleagues who arranged a meeting between the two parties. Before long, a partnership was in the offing. "This was just fun and happy because the world was getting a bit crappier and I just wanted to smile," Saltzman said.

The seven styles are inspired by the 1990s and include a pearl-covered black velvet style and a pink degradé platform.

The collection will be available from April 26 via Rocket Dog's website, MatchesFashion.com and The Store, followed by Nordstrom later in the Spring. — Christopher Morency