PARIS, France — The small and relatively under-the-radar collection of bags and small leather goods by Paris-based designer Isaac Reina has quietly found its way into some of the most directional boutiques and selects stores in the world, including Colette in Paris, United Arrows in Japan and Space Mue in Seoul. Reina’s work is beautifully clean and firmly rooted in a fascination with architecture, which the designer studied at university in his native Barcelona. “It’s an influence for me, very much so, for all of my career — in terms of geometry and proportions and volumes.” Most of Reina’s pieces are monochromatic, save for oft-hidden hardware, but his sense of craftsmanship and use of supple leather lends them a soft and decidedly human quality.

Reina’s unique blend of spare, reductionist design and warmth conveyed through craft is informed, in part, by his time at Hermès. He was first assistant to menswear designer Véronique Nichanian for seven years where he absorbed the importance of working in “human proportions.”

“I was very, very lucky because I was her first assistant for seven years,” he says in a charming accent that blends Spanish, his native tongue, and French, the language he has adopted for work. “That was an amazing experience because [Nichanian] is someone who is very intelligent with culture, very impressive, but logical at the same time.” 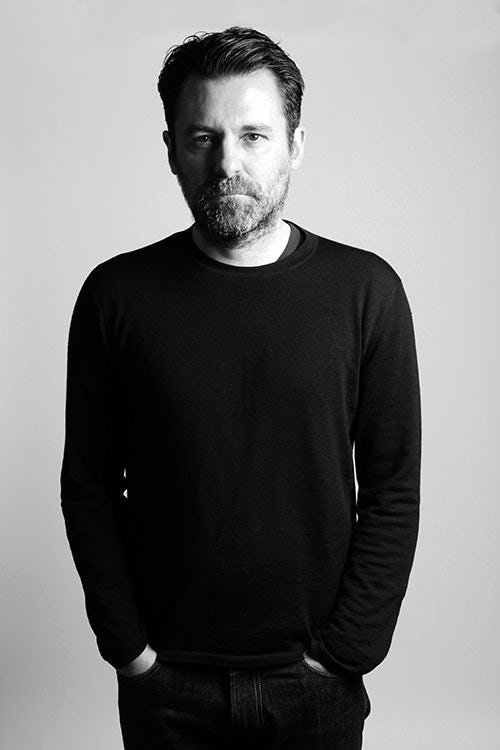 “I worked in men’s clothes for seven years but one day, I decided the vocabulary was a bit limited and I was delighted to do accessories,” says Reina, recalling the launch of his label. In 2006, he left the storied French luxury house and, with personal savings, launched his own business with his then-wife. There was no real strategy, he admits, and his early collections were extremely small, but the pace allowed Reina to interface directly with end consumers and gauge the success of his products firsthand. “We started, early on, doing direct sales to the public, maybe in very small proportions compared to now, but at the time it was very interesting to see the reactions of real people. I was designing and selling at the same time,” he says. A small shop in the Marais neighbourhood of Paris served as his store-cum-atelier (Today, he and his team of about ten — give or take a couple of freelancers — still design, produce and sell a significant chunk of his work in the space). 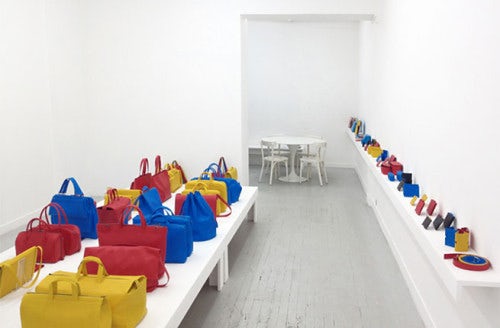 In 2008, while simultaneously running his own company, Reina joined Maison Martin Margiela as a freelancer, a formative experience he called “beautiful and lucky.” “It was a very intense, creative mood. It was very, very free, utterly free in terms of being avant garde,” he recalls. “I remember the last [interview] I did with Martin Margiela. Martin, in person, said to me that my portfolio was beautiful, very nice and very professional, but not enough in terms of pushing the limits of creativity. After this meeting, I worked for two years with the objective of going to the limits.”

Eventually, Reina left Margiela to focus on his own label, which he and his team have since grown slowly and steadily. The brand is on track to generate €900,000 (about $1.2 million) in sales revenue this year, but the company began comfortably fulfiling orders on time, by Reina’s own estimates, only a year and a half ago.

Reina plans to launch e-commerce and open a new store on Paris’ Left Bank, but says he is in no particular rush to expand his business. Nor is he concerned with building a luxury brand in the traditional sense. “I don’t like to work in terms of luxury, because luxury for me — in terms of money, image, etcetera — is not important. The kind of luxury that interests me is time to give to jobs and time that you give to the process, with a lot of attention and persistence and working in a historical way.” 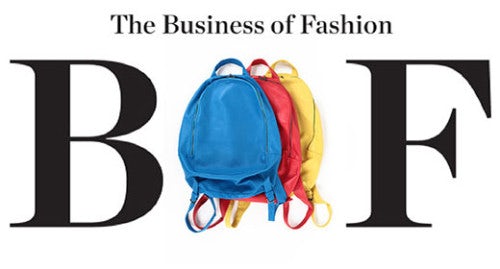 Personal relationships form the foundation of Reina’s business. He rattles off the names of his staff with ease and credits them with the brand’s on-going growth: assistant Sarah; sales manager Gabriel; production and logistics specialist Olivier; Marina who is managing retail and planning for the new store; and so on. “Normally the manager is supporting his people but in this case it’s a little bit the contrary. The people are supporting the manager,” he laughed.

The relationships people have with their belongings also inspires Reina’s work. “It’s something very intimate, a bag or a wallet. It’s something really intimate to have a strong relationship with your bag or your personal items, whether it’s a chair or desk or a table or this furniture… maybe [with accessories] in terms of material, touch, heart, maybe I could do something interesting for somebody.”