Mass brand O'Neill, whose trademark is now owned by a European holding company, is escalating an ongoing legal dispute with the surf-inspired New York designer.

NEW YORK, United States — On July 22, 2014, about a year after Thaddeus O’Neil launched a namesake menswear line inspired by the surf culture he grew around on Eastern Long Island, the independent designer received a cease-and-desist letter from a law firm representing Sisco Textiles. The Netherlands-based company acquired the trademark to California surf apparel brand O’Neill after the family sold it in 2007.

“Our client considers that use of the Thaddeus O’Neil mark in connection with apparel and the ‘surfing’ style of your business is confusing consumers,” read the 2014 letter.

So began an ongoing legal dispute between the mass market surfwear brand founded in 1952, O’Neill, and the independent New York designer, who gained recognition during the 2015 CFDA/Vogue Fashion Fund competition and was a finalist for the Woolmark Prize. (O'Neill did not respond to BoF's request for comment.) 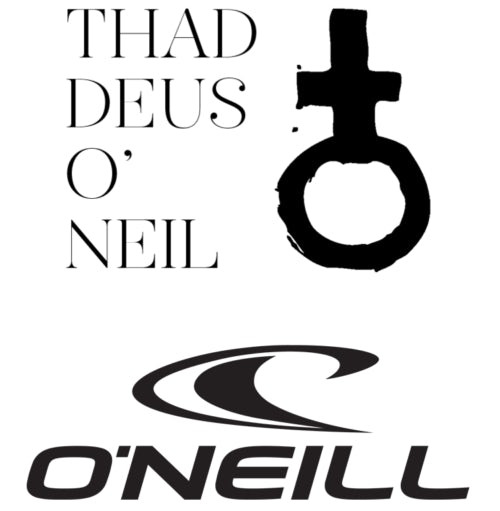 The logos of Thaddeus O'Neil (above) and O'Neill (below) | Source: Courtesy

Even though O’Neill withdrew the challenge in 2014, the dispute escalated again in 2017 when Thaddeus O’Neil applied for a registration of his brand name as a word mark in the US — in addition to the stacked logo he filed as a trademark in 2014.

Trademarks are signs and symbols that indicate the origins of goods and services, and are used on product or packaging in some way. The name of a company is not necessary a trademark. In May, the United States Patent and Trademark Office consolidated O’Neill’s claims against both the existing stacked logo and his brand name, binding the fate of both of Thaddeus O’Neil’s marks.

Such trademark disputes are not uncommon in fashion and, more and often than not, the larger entity with more resources and time to fight ends up victorious. In 2012, Tod’s — which was operating the Roger Vivier label under a license at the time — took Los Angeles handbag designer Clare Vivier to court for trademark infringement. She eventually settled and re-branded as Clare V.

My favourite legal tip for any emerging designer? Don’t name your label after yourself.

“There is such a long history, particularly in the fashion industry, of designers using their names on the label and consumers' understanding that companies may have similar but different names,” says Professor Susan Scafidi, founder and academic director of the Fashion Law Institute at Fordham Law School. The Institute has organised a pro-bono legal defence team for Thaddeus O’Neil. She says she is concerned, however, that O’Neil will end up being unable to use his name and that the result will have “a spillover effect for other designers.”

“My personal favourite legal tip for any emerging designer is please don’t [name your label after yourself],” says Scafidi, while recognising the marketing benefits and historical tradition of doing so. “Not so much for the reason we are discussing now, but because it turns your name into a cooperate asset. At some point you may have investors, you may eventually part ways with your investors and your name, as a trademark, becomes a corporate asset and you may have to walk away from it.” Donna Karan, whose namesake brand was sold by LVMH to G-III in 2016, is a prime example.

What recourse does O’Neil have now that O’Neill has shown signs of not backing down? “He can fight this on the grounds of tradition and by showing the opposite of what O’Neill is trying to claim, that the products are different,” says Scafidi. The brands’ different price points, channels of sale and target consumer sets are significant, she says. Thaddeus O’Neil’s boardshorts start around $300 and outwear can top off closer to $1,500, and it is available at smaller, niche stockists such as Spring and Ron Herman. O’Neill, whose clothing is produced by a licensee called the La Jolla group, has boardshorts starting around $30 and outerwear for about $300. Retailers include sporting goods chains such as Dick’s and REI, as well as Macy’s, Asos and many more mass market merchants.

When Thaddeus O’Neil filed for a trademark in China and Japan in 2016 —“totally separate to this,” O'Neil tells BoF — O’Neill also opposed it. “As soon as we formed and filed a response, they withdrew in both cases, that was that,” he says. But when he met with the brand and their lawyers south of Los Angeles back in 2015, the company was adamant, according to Thaddeus O’Neil. “They weren’t receptive to any of my constructive, positive ways to do something together,” he says, adding that he suggested the companies work together on a collaboration.

Thaddeus O’Neil says if O’Neill continues the suit, he will fight it the entire way. “I think the facts speak for themselves,” says O’Neil. “I hope not to sound cheesy but I hope justice prevails here because it would be nice to walk away from this with my name.”

Wipe Out: How Things Got Gnarly for Surfing's Megabrands