NEW YORK, United States — District Vision’s audio series for runners isn’t like most other sports podcasts. Each episode breaks down the fundamentals of meditation, walking athletes through the principles of Buddhist Vipassana and yoga. Co-founder Max Vallot narrates in a soothing, German-accented voice.

“It’s simply a way of seeing the world with more clarity,” he says in the introduction to the five-part series, which has attracted nearly 10,000 listeners since it debuted in November. “I sometimes think of a meditation journey as a marathon of the mind.”

Vallot and Tom Daly founded District Vision in 2016 with a line of sports eyewear, but the brand has since evolved to offer “tools for mindful athletes.” Along with the usual assortment of trail running shoes and apparel, the company also sells what it claims to be the first all-natural hydrogel drink, and hosts regular events that combine running and meditation. 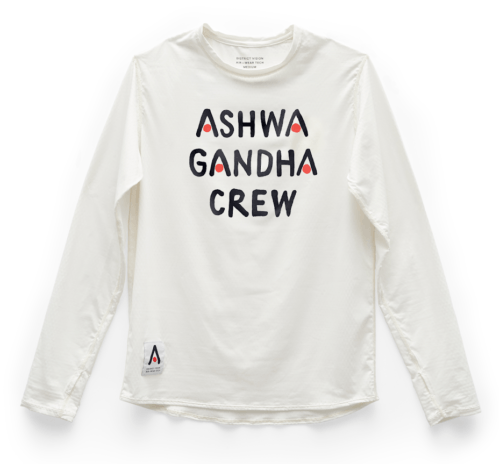 What sets District Vision apart from similarly-mindful brands is that most of its customers are men. Women have largely driven the wellness boom — the idea that good health isn’t just about physical fitness, but emotional, spiritual and mental fitness, too. Most wellness brands, from luxury retailers like Goop to low-priced newcomers like Bobbi Brown, still mainly target women with the message that self-care means figuring out what feels good and doing it routinely. (It doesn’t hurt that “wellness” is often associated with vanity-fuelled goals of weight loss and clear skin.)

Now the industry is waking up to men as a potential market as well. Traditional notions about masculinity are evolving, leading more men to try practices and products that past generations would have seen as too feminine. More men are trying yoga, and venture-capital funds are throwing hundreds of millions of dollars at start-ups like Hims that sell treatments for curing acne, relieving anxiety and combating erectile dysfunction. A 2016 survey of yoga practitioners conducted by Ipsos Public Affairs on behalf of the nonprofit Yoga Alliance found 28 percent of yoga practitioners are men, up from 17.8 percent in a separate survey conducted in 2012.

Hyper-masculine public figures are jumping on the wellness bandwagon. Podcaster Joe Rogan espouses the benefits of a daily kale smoothie. Life coach Tony Robbins talks about his approach to “bio-hacking,” which includes cryotherapy and magnetic therapy. Even Goop is getting in on the action, with plans for a men’s podcast to launch in May called Goopfellas, followed by a men's vertical on its website and a dedicated newsletter. It says 23 percent of its audience is male.

Men's wellness is part of a larger trend with modern consumers, particularly younger ones, who seek to identify with the values of the brands they shop. They're driving the success of a new generation of brands that don’t rely only on conventional endorsements or aspirational marketing.

But many men’s sportswear and athleisure brands have yet to tap into the trend. From market leaders to direct-to-consumer startups, marketing strategies often appeal more to men who want a six-pack and aspire to jump as high or run as fast as their sports heroes.

“I don’t think marketers will be successful with men going forward only with the traditional playbook of getting the superstar athlete,” said Allen Adamson, the co-founder of Metaforce, a branding consulting firm. He said the reason wellness hasn’t had as much traction with male consumers is that while women will use products billed as “for men,” many men avoid brands they perceive to be for women.

A new generation of athleisure brands, led by Outdoor Voices, have cropped up since 2012, promising athletic wear for people who just want to have fun with fitness, not compete.

But District Vision is one of a few newer brands that are catering to men who see physical fitness as part of an overall lifestyle that also prioritises mental health, and who aren’t scared to try herbal supplements like ashwagandha to reduce anxiety.

“One or two brands have created an industry with the idea that LeBron [James, NBA player] is greatness,” said Daly. That’s a lot of pressure for the everyday person or even a devotee of Barry’s Bootcamp, and something the co-founders felt like could be a distinctly negative pressure.

Lululemon, which helped propel "athleisure" into the mainstream, launched its first campaign targeting men only in 2017. Known for its women’s leggings and focus on yoga, the Vancouver brand is now focusing on producing and promoting more men’s products, with the goal of the category representing a quarter of total sales by 2020. (It’s currently at just over 20 percent.)

One or two brands have created an industry with the idea that LeBron is greatness.

In 2016, two years after launching the men’s category, the company hired a senior vice president of men’s design, Ben Stubbington, from Theory. As of its most recent earnings report, men’s sales are growing faster than women’s. Next week, Lululemon is launching a collaboration with New York menswear designer Robert Geller, which debuted during fashion week in February.

Nike is joining the trend too. In a recent earnings call, CEO Mark Parker said the brand would debut its first dedicated yoga line for men this year.

Wellness offers an opportunity for smaller athletic wear start-ups, which seek to differentiate themselves from the dominant market leaders, Nike and Adidas.

Nate Checketts, founder of men’s premium athletic apparel line Rhone, said early on in the development of the brand, a former sportswear executive told him that the category’s leading brands operated on the idea that market share is directly correlated to the number of professional athletes on contract as endorsers.

“That makes no sense to me … there is a very small population of people who are professional athletes,” said Checketts, who launched Rhone in 2014 and has since raised an undisclosed amount of funding from investors including L Catterton, the private equity firm whose shareholders include LVMH and Groupe Arnault.

Checketts designed Rhone around a different marketing message: models are rarely photographed on the basketball court or football field but instead shown running, doing yoga or in the gym.

“What I think has been so great over the last ten years is that a lot of the stigmas around gender identity, race identity are starting to fade away and people can just focus on being well,” he said.

Checketts worried that his alternative approach to marketing would alienate younger consumers, but said the mentality crosses age groups. “It resonates with people who are trying to be the best versions of themselves, and that’s somewhat age independent,” he said.

Ryan Willms, a Los Angeles creative director who launched wellness website Into the Well at the beginning of the year, has a similar approach to fitness. “Now rather than get fit or run faster, my goal is to become a better person,” he said. Willms decided to launch the site after a series of personal injuries led him to rethink his approach to fitness and relaxation a few years ago.

While Into the Well is currently a space for Willms to share his own experiences, he has larger ambitions. He wants the publication to become a wellness resource for men and women that dives deeper into some of the topics he sees covered elsewhere, like spirituality and alternative medicine, and “dedicated to raising consciousness and supporting well-being for all.” If Goop is the Vogue of wellness, he wants to do “something that is aesthetically really rich and beautiful, but also has a male point of view.”

District Vision’s Vallot and Daly also run a creative agency under the same name as their brand, and count upscale gym Equinox and headphones brand Beats by Dre as clients. For the latter, they set up "meditation pods" at a pop-up shop before the New York City marathon for runners.

Why Beauty Needs to Jump on the Wellness Boom