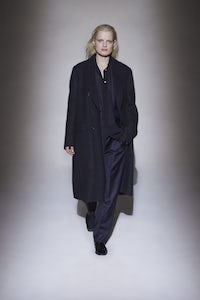 David Schulte will join the company, co-founded by co-ceos Ashley and Mary-Kate Olsen in 2006, as president, effective immediately. He arrives from the Los Angeles-based, Luxotica Group-owned Oliver Peoples, where he has served as president and chief executive since 2006.

“The Row has a distinctive culture, aesthetic and independent spirit that I am completely aligned with," Schulte, who will be based in New York, told BoF. "I look forward to contributing to its continued success.”

The news comes on the heels of several important steps in The Row's business trajectory, including the opening of its first New York retail location in May 2016 — joining its Los Angeles location — and the introduction of its first menswear collection in late October 2016.

"We believe that David’s experience and innate sensibility for the brand will help manifest The Row’s next level of global growth," co-chief executives Ashley Olsen and Mary-Kate Olsen told BoF in a joint statement.

Indeed, the label's critical acclaim — including two CFDA Awards for Womenswear — along with wholesale and retail commercial success has positioned it as a leader in American luxury, indicating there is more to come.