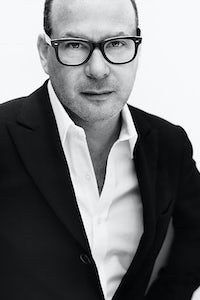 NEW YORK, United States — Luxury jeweller Tiffany & Co has appointed Reed Krakoff its chief artistic officer, a newly created position. Krakoff, who previously worked with Tiffany on the re-launch of its gifts, home and accessories collections, will join the company on February 1st. Design director Francesca Amfitheatrof will leave the company after three and a half years in the role.

“Reed’s extraordinary talent and deep understanding of iconic American design, and Tiffany’s defining role in its legacy, make him poised for great success in this new position,” said Tiffany & Co chief executive officer Frederic Cumenal in a statement. “His expertise and creativity will continue to help build Tiffany as a global house of luxury.”

In his new role, Krakoff will be responsible for the design of Tiffany & Co’s jewellery and luxury accessories, and will help lead the overall creative direction of the company’s retail stores, e-commerce presence and marketing.

“I’m honoured to join Tiffany as chief artistic officer and fully dedicate my creative focus to this storied American luxury brand,” said Krakoff, who previously held the role of president and executive creative director of accessible luxury brand Coach and was the founder of his own womenswear and accessories line, which was shuttered in 2015.

Krakoff’s appointment comes as Tiffany, one of America’s only heritage luxury houses, is working to re-energise its brand.

“We are perceived as a very classic brand and we need to regain a little bit of an edge, and do a better job of delivering on these stories… and writing new stories,” said Cumenal, who joined Tiffany from LVMH in 2011 and was appointed chief executive in 2015, in a previous interview with BoF. “We have beautiful collections, but by refreshing them, we can give justice to the initial intention. The key to that is relevance.”

In November, Tiffany reported its first rise in sales in two years, thanks to increased sales in Japan and China, helping shares in the company rise to their highest level in 15 months. The US market, which accounts for nearly half of Tiffany’s business, remains a concern, however. The jeweller continues to struggle to lure wealthy Americans back into its stores, as well as younger consumers who are turning to more accessibly-priced alternatives.

The appointment of Krakoff is a step in the right direction for Tiffany, added Saunders, noting the designer’s experience at Coach and his ability to balance luxury and accessibility. "He thinks carefully about what customers want and what is meaningful to them in terms of design. And then tries to inject that into the product. It does so in a way that doesn’t erase a brand. I think that’s a very difficult balancing act."