PARIS, France — With fashion’s most important commercial and creative centre as its capital, France’s culture and economy have fashion at their core. Indeed, the fashion industry contributes 35 percent of the country’s national GDP. However, to date, the French educational institutions have been divided between design theory and practical creation, in a system that is at odds with wider international approaches to fashion education.

Surprisingly, given the importance of design culture to French fashion, the top ranked French school in BoF’s annual rankings was the Institut Français de la Mode, renowned for its unique positioning and blend of management and design, which came third in BoF’s ranking of MA programmes. ESMOD came sixth in the MA rankings and was also France’s highest scored BA programme, placed 11th. Although these achievements are commendable, France’s outsized influence in the international fashion industry is far less apparent in its fashion schools. 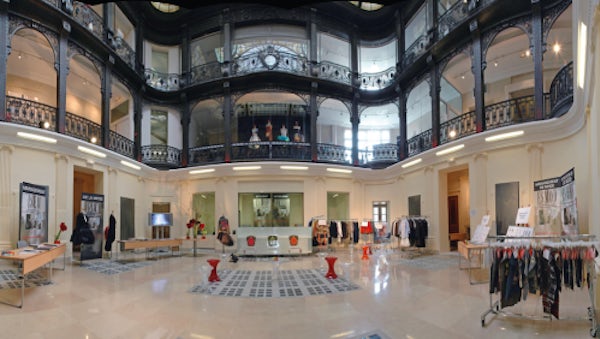 “We need something more coherent in terms of design education,” explains Pascal Morand, the executive president of France’s Fédération Française de la Couture, du Prêt-à-Porter des Couturiers et des Créateurs de Mode. “In France, there is a fragmented educational system for professional and higher education students. The mix of vocational skills and academic culture is something [that] is absolutely not usual in France. The academic world in France is going through an important moment in its history. We need to develop and to strengthen the academic policy of the educational ecosystem,” he continues.

In July 2016, a strategic partnership was announced between IFM and the École de la Chambre Syndicale (EDLCS), one of the most highly regarded technical schools in the world, and the undisputed feeder school to Paris’ couture ateliers and savoir-faire maisons. The purpose of the partnership is to share expertise between the two institutions and allow students to take classes from across both schools. “The alliance will constitute a one-of-a-kind ensemble, cross-fertilising expertise of the highest level in the areas of design and management, savoir-faire and fashion tech,” said Sidney Toledano, president of EDLCS’ management committee.

The mix of vocational skills and academic culture is something that is absolutely not usual in France, and in a way, IFM and École de la Chambre Syndicale are paving the way.

Traditionally, the French education system has been split between three-year vocational courses, teaching technical atelier skills, and academic design degrees, focused on theory rather than practical skills. Students who have not completed full high school educations can enroll on vocational courses and attain national diplomas, but are unable to continue their studies to degree level. 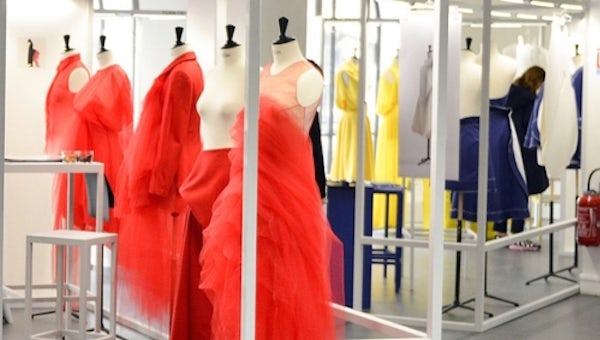 However, through the introduction of an optional fourth year at the EDLCS from 2016, IFM will have the ability to recruit students that have, up until this point, been limited to vocational certificates. “I think it is important that students have those kind of opportunities. I cannot yet say that the strategic alliance between the IFM and EDLCS is the visible part of the iceberg. But it is strong, it knows what it is doing and it is paving the way for doing things better globally,” says Morand.

Perhaps paradoxically, part of the reason for the division is the wealth of craft heritage that still exists in France. Sitting at the apex of craftsmanship, Paris’ savoir-faire maisons and haute couture ateliers need a constant stream of technically-skilled talent to satisfy “the companies and brands [that] are members of the confederation, [who] have not paid attention to [the division] because they need atelier technicians,” Morand continues.

“A lot of money has been given to researching a very scientific approach at a state level, across all higher education. I believe it is very important that the fashion education system and, more generally, the creative industry education system remain out of that. There is a risk that these universities would approach the issue with the idea that only scientific research can create innovation. It is not necessary for higher education that is focused on creative arts to submit projects that are 400,000 words long for example,” says Morand.
          
Although Morand conceded that “there are basic academic principles like taking a semester abroad that are not available at some schools,” he was quick to point out that, “even with different programmes at different levels, France still attracts top students from all over the world.”