The budding ‘modern luxury’ group has changed its name to minimise market confusion and signal its ambitions. 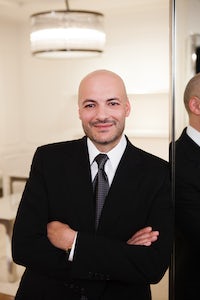 The budding ‘modern luxury’ group has changed its name to minimise market confusion and signal its ambitions.

NEW YORK, United States — Goodbye Coach Inc; Hello Tapestry. The budding “modern luxury” group — which owns Coach, Kate Spade and Stuart Weitzman — announced on Wednesday that it’s changing its name at the end of the month and will start trading under the symbol “TPR” on the New York Stock Exchange.

“We felt that this was really the right time to really put a stamp, if you will, on branding Coach Inc in a new way,” said Coach Inc chief executive officer Victor Luis, who led the Coach brand’s turnaround and strategy to acquire additional labels and form the “first New York-based house of modern luxury lifestyle brands”.

Corporate name changes are not uncommon, and happen for a variety of reasons. Google renamed itself Alphabet in 2015 in part to allow the company to report the health of its core search business to Wall Street separately from its other divisions. In 2013, PPR (Pinault-Printemps-Redoute) renamed itself Kering to demonstrate its new focus on the luxury and sport sectors and its "caring" approach to cultivating brands.

In the case of Coach Inc, which worked with Carbone Smolan Agency on the rebrand, the name change will have minor impact on the company’s structure, but a key motivation was avoiding confusion. When the company acquired Kate Spade in May, Luis says some consumers thought the Coach brand was absorbing Kate Spade. The name change is also designed to signal to Wall Street that the company is a platform for growth for its individual member brands. “[We want to] identify more clearly what is it that makes these three brands special and what makes them, together as one group, special,” says Luis. “We have a platform that allows us to grow and do it properly.”

Luis also says Tapestry embodies the company’s core values — optimism, hard work, determination, innovation, creativity, inclusivity and a global approach. The latter signals a significant evolution for the New York-based conglomerate. Coach, the brand, was founded in Manhattan in 1941, and retains its classic American identity. “We are not a company that believes in country of origin,” says Luis. “We did not want to be limited as a home only for American brands… That doesn’t need to be the case in the future.”

The announcement was received with some ridicule on social media on Wednesday, especially from consumers who thought the brand's name was changing. "Tapestry does not sound as fancy as Coach," wrote one user on Twitter. “With any of these things, you can’t make everybody happy,” says Luis. For him, the approval of the company’s employees and investors is all that matters. “We want that to be a corporate brand that they believe in.”