LONDON, United Kingdom — We are now just over one month away from our first live global broadcast of VOICES 2020, exclusively for BoF Professionals. As always, we will welcome leading thinkers and experts shaping the wider world, but today we zoom in on the business and creative leaders who will be joining us to share their expertise and insights as we look ahead to 2021.

This year, our annual flagship event will be delivered via a live broadcast adapted for the unique circumstances of the Covid-19 era.

Through cross-industry learning and collaboration, VOICES unlocks exciting synergies and forges insights and learning that will transform your outlook on business — and life.

For senior executives who want to go deeper, a VOICES 2020 Executive Pass will give you a more immersive VOICES experience. 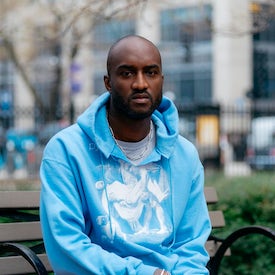 Born in Rockford, Illinois, Virgil Abloh is an artist, architect, engineer, creative director, artistic director, industrial designer, fashion designer, musician, DJ and philanthropist. After earning a degree in civil engineering from the University of Wisconsin-Madison, he completed a master’s degree in architecture at the Illinois Institute of Technology (IIT) in Chicago. At IIT, while studying a design curriculum devised by Mies van der Rohe, Abloh began to craft the principles of his art practice. The Museum of Contemporary Art Chicago presented a major travelling survey of Abloh’s work in summer 2019 — one of the most-attended exhibitions in the museum’s history. Currently, Abloh is the founder and chief creative director of Off-White and men’s artistic director at Louis Vuitton. 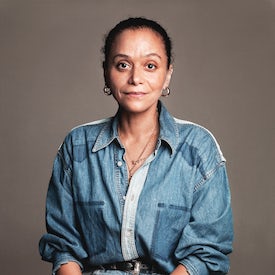 Samira Nasr was named editor-in-chief of Harper’s Bazaar in July 2020, overseeing content strategy and development across the brand’s print and digital platforms. Prior to Bazaar, Nasr was the executive fashion director at Vanity Fair, where she managed and directed the magazine's fashion department and all fashion content. This role serves as a homecoming to Hearst Magazines as she was the fashion director at Elle from January 2013 to May 2018, and before that served as style director for InStyle. In addition to working with top fashion magazines in publishing, she has also styled campaigns for fashion and beauty brands, including Laura Mercier, Tiffany & Co., Tory Burch, Estée Lauder, L’Oréal, Clarins and more. Nasr began her career in fashion working as an assistant to Grace Coddington, former creative director of Vogue, after earning a graduate degree in journalism at New York University. She is currently a member of CFDA’s Black advisory board, which is responsible for all of the organisation’s efforts on inclusivity, diversity and equality. Born in Montreal, Canada, Nasr currently resides in Brooklyn, New York, with her son. 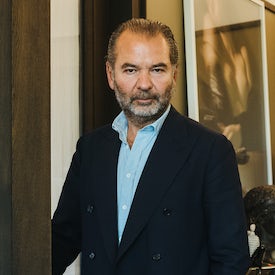 Remo Ruffini is the chairman and chief executive of Moncler. In 2003 Ruffini took over the helm of Moncler, the legendary brand that specialised in producing down jackets. His global down jacket strategy marked the international success of Moncler and proved to be an outstanding reinvention of a brand, which was floated on the Milan stock exchange in December 2013. On February 2018 the company launched Moncler Genius, its first digital-born project. Moncler Genius is simultaneously a new business model and a platform of innovation and creativity; a hub where different designers are called to interpret Moncler’s identity and where each collection has a monthly delivery approach and a dedicated editorial plan that fuels a continuous communication flow. In 2017, Ruffini was been named "Entrepreneur of the Year 2017" by EY Italy and in 2018, he was named “Knight of Labour.” In 2019, Ruffini was awarded with the "Guido Carli" and honoured by the British Fashion Council as "Business Leader.” 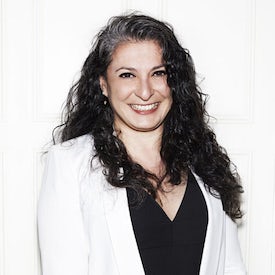 Selected by the Observer’s Life Magazine as one of the most influential and respected creative forces in fashion for more than two decades, Sophia Neophitou-Apostolou has been helping to shape the modern fashion landscape. From her beginnings as an assistant at Vogue, through to the launch of her own publishing empire where she serves as editor-in-chief and publisher of 10 Magazine, launched in 2000, and 10 Men, launched in 2003, she strives to push the boundaries of creativity. She has helped create a new visual language in her role as fashion director for magazines as diverse as The Independent Magazine, The Sunday Times Style, Vogue China, Japanese Vogue, Russian Vogue and Harper’s Bazaar UK, bringing with her a relevance and authority to their fashion editorials. She has also contributed to Dazed & Confused, Dutch, i-D, Vogue and Purple. She is currently creative director for Antonio Berardi and Roland Mouret, and served as collection creative director for Victoria’s Secret for 10 years. Neophitou-Apostolou is also the pillar president of reputation and chairman of the press committee of the British Fashion Council. 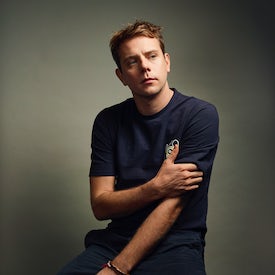 A designer with a curatorial approach to fashion-making and brand-building, Jonathan Anderson has earned both critical acclaim and commercial success with the collections he designs as the creative director of Loewe and namesake label JW Anderson. An alumnus of London College of Fashion, Anderson debuted in menswear in 2008. In 2010, he expanded JW Anderson, adding womenswear, and in 2013 he was named the creative director of Loewe, which he turned into a cultural brand with a prismatic identity weaving a vibrant interest in craft with a cerebral-yet-playful approach to design, playing up nods to Spain with hints of abstraction. The first fashion designer to be awarded both Menswear and Womenswear Designer of the Year by the British Fashion Council in 2015, Anderson has created collections and products collaborating with brands such as Converse, Moncler, Topshop and Uniqlo. 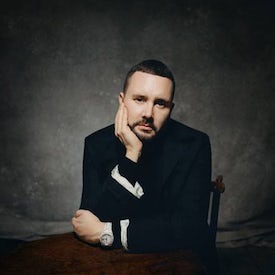 Kim Jones was born in London in 1979, but by the age of three months, he was already headed with his globetrotting family to Ecuador. A “nomadicˮ childhood followed, including stays throughout Africa (Ethiopia, Kenya, Tanzania, and Botswana) and the Caribbean and frequent stops back home in London. By the age of 14, Jones knew he wanted a creative career and he considered graphics and photography before discovering that fashion was “something I could build a world around.ˮ Jones attended London’s Central Saint Martins College of Art and Design where he obtained an MA in menswear. His graduation show was covered extensively by the press, which convinced him to launch his namesake brand; the first collection was presented at London Fashion week in 2003. A stint as designer for British high street sportswear brand Umbro followed. This was the first time a cutting-edge young designer took on a mass menswear brand in the UK and the collaboration was very well received. Jones followed with design for Britain’s Topman, Mulberry, Alexander McQueen, Alfred Dunhill and others where he injected his own vibrant mix of high fashion and street style into classic English menswear. Jones joined Louis Vuitton in 2011 as men’s artistic director and presented his last collection in January 2018. In March 2018, Jones was appointed as artistic director of Dior for the men’s ready-to-wear and accessory collections. His first collection was presented in June 2018, during the Paris Men’s Fashion Week. 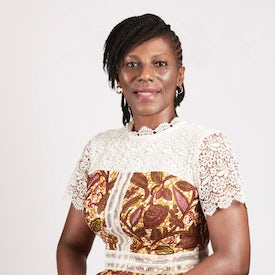 Juliet Anammah joined Jumia Nigeria in 2015 as chief executive. She serves on the board of CGAP, a not-for-profit agency funded by IFC/World Bank and other DFIs focused on improving financial inclusion in the developing world. In 2018, she became a member of the Industrial Council — a group of private and public sector professionals appointed by the President of Nigeria to define policies supporting industrial development of the country. Anammah has over 27 years of professional experience covering consulting, consumer goods, sales and marketing and e-commerce and has served on several local boards in a non-executive capacity. She began her career in Sanofi Aventis, a French pharmaceutical company and held various roles in sales, marketing and product management between 1991 and 1999. She joined Accenture in 1999, rising to be the partner and managing director in charge of Accenture’s Manufacturing and Consumer Goods Practice covering West Africa. Anammah has a Bachelor of Pharmacy degree, an MBA in Finance and is an alumnus of Wharton Advanced Management Program.

VOICES is The Business of Fashion’s annual gathering bringing together the movers, shakers and trailblazers of the global fashion industry and uniting them with the big thinkers, entrepreneurs and inspiring people who are shaping the wider world. VOICES 2020 is made possible in part through our partners McKinsey & Company, Affirm and SCAD.